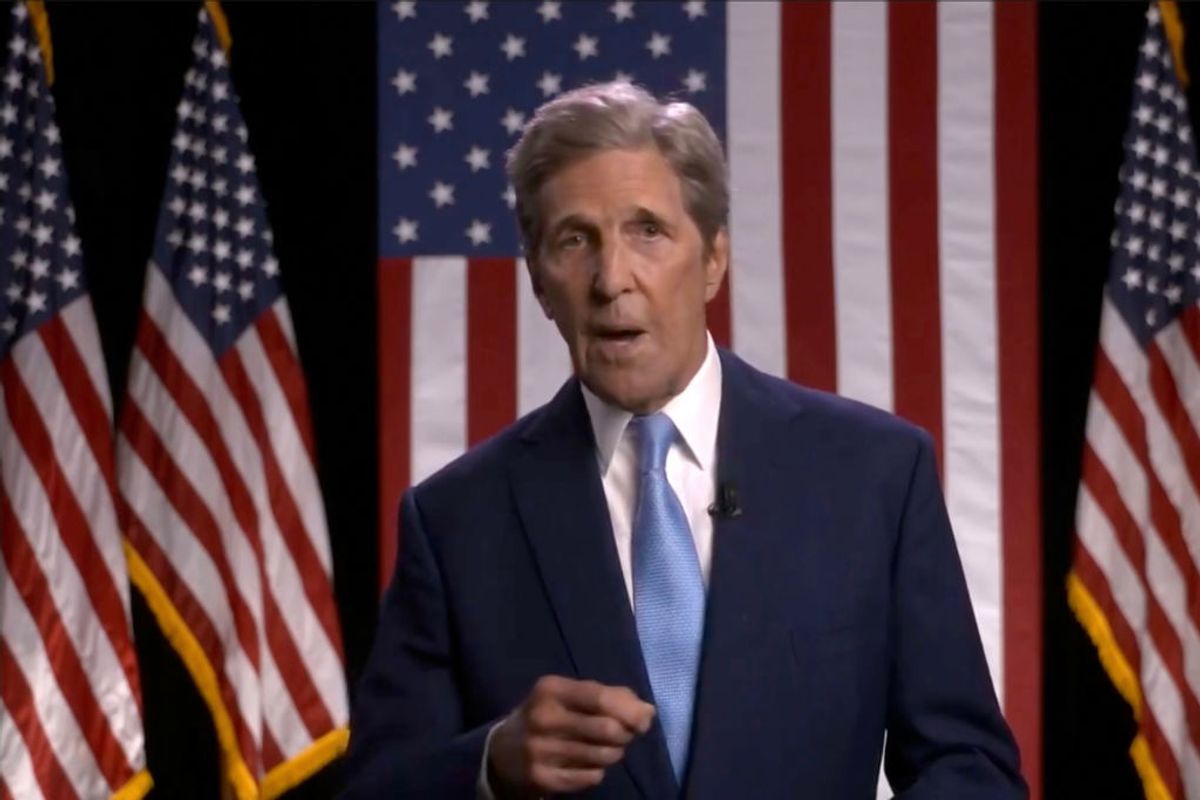 Former Vice President Joe Biden on Monday designated former Secretary of State John Kerry to be the “climate envoy” in a Biden-Harris administration. Biden’s transition team pledged to elevate the position to the National Security Council, a move that pleased climate activists and progressive groups.

Kerry will be Biden’s Special Presidential Envoy for Climate, guiding the federal government’s climate policies. The Biden campaign introduced a $2 trillion climate plan that called for reaching net zero carbon emissions by 2050. Presumably, Kerry will be responsible for coordinating multiple federal agencies to implement policies to achieve that goal. His role will not require confirmation by the U.S. Senate.

“This marks the first time that the NSC will include an official dedicated to climate change, reflecting the president-elect’s commitment to addressing climate change as an urgent national security issue,” the Biden transition team said in a statement.

“America will soon have a government that treats the climate crisis as the urgent national security threat it is,” Kerry tweeted after the announcement. “I’m proud to partner with the President-elect, our allies, and the young leaders of the climate movement to take on this crisis as the President’s Climate Envoy.”

“Secretary Kerry elevated environmental challenges as diplomatic priorities, from oceans to hydrofluorocarbons. He was a key architect of the Paris Climate Accord, and signed the historic agreement to reduce carbon emissions with his granddaughter on his lap,” Biden’s team said.

Biden has pledged to rejoin the Paris climate agreement on his first day as president, reversing one of President Donald Trump’s most significant policy accomplishments.

Progressive activists praised the announcement as evidence of Biden’s seriousness when it comes to climate issues.

“This is that signal we have been looking for,” Nat Keohane, senior vice president at the Environmental Defense Fund, told the Washington Examiner. “It’d be hard to think of a better person for this role or a clearer signal that the U.S. will reengage on climate globally and make it a central aspect of all parts of foreign policy and national security policy. Kerry brings weight, gravitas, and experience.”

“Excellent news,” tweeted Fred Krupp, the president of the Environmental Defense Fund. “[John Kerry] is one of the world’s most effective climate champions, both in the U.S. and abroad. He is the ideal person to restore U.S. global climate leadership.”

Environmental activist group Greenpeace praised Kerry’s appointment as a “good first step” and a “positive sign for Biden’s intention to integrate climate leadership into every facet of the administration.”

Kerry’s appointment was announced alongside several other nominees and appointees for key national security roles in a Biden-Harris administration, including former Deputy Secretary of State Antony Blinken as the nominee to be the next secretary of state. 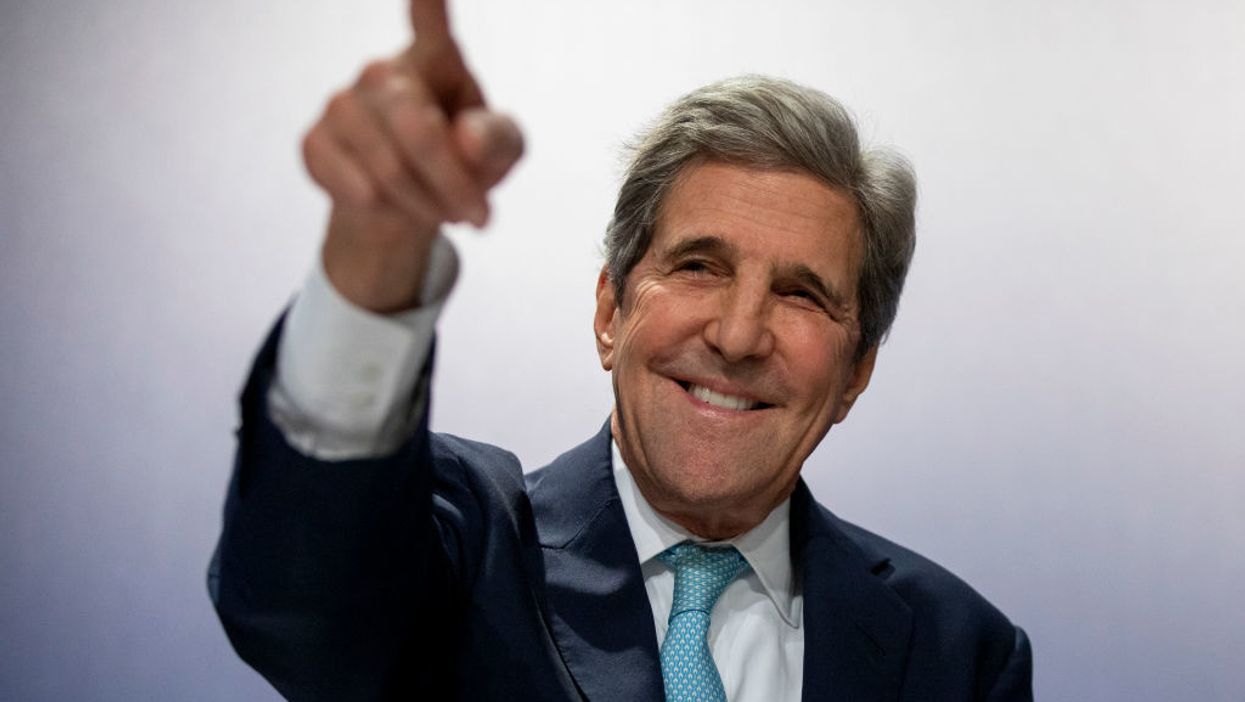 Former Secretary of State John Kerry once declared, “There will be no separate peace between Israel and the Arab world.”

That emphatic statement — which the former Obama administration official and now Joe Biden surrogate called a “hard reality” at the time — appears to have been dead wrong.

The proof: Over the course of about a month, President Trump brokered two separate peace deals between Israel and the United Arab Emirates and Israel and Bahrain. On Tuesday, the president even added that “five or six” more Arab countries were ready to follow suit.

Kerry’s backward comments came in 2016 while he was speaking at the Brookings Institution’s annual Saban Forum.

In a resurfaced clip of the comments, first shared by Institute for Policy & Strategy senior fellow Udi Evental, Kerry can be heard amazingly prophesying the exact opposite of what would come to pass four years later.

John Kerry with a 2016 Middle East take that aged like milk in a sauna. https://t.co/2Vae6yDJFt

“There will be no separate peace between Israel and the Arab world. I want to make that very clear to all of you,” Kerry said. “I’ve heard several prominent politicians in Israel sometimes saying, ‘Well, the Arab world’s in a different place now. We just have to reach out to them and we can work some things with the Arab world, and we’ll deal with the Palestinians.’ No, no, no, and no.”

“I can tell you that, reaffirmed even in the last week, as I have talked to leaders of the Arab community. There will be no advance and separate peace with the Arab world without the Palestinian process and Palestinian peace,” he continued. “Everybody needs to understand that. That is a hard reality.”

Kerry, who also once wrongly predicted that Trump’s decision to move the U.S. embassy in Israel to Jerusalem would be an unmitigated disaster, was widely panned for the cold take.

“John Kerry with a 2016 Middle East take that aged like milk in a sauna,” Tablet Magazine associate editor Noam Blum said in the tweet above.

“Has anyone been more abjectly wrong about something?” National Review contributor Pradheep Shanker asked.

It’s tough to choose what is the most embarrassing quality of this Kerry declaration from four years ago on the impossibility of what Trump has achieved. Is it his dead certainty of his own position? The way Kerry uses his cheaters to look down on the audience in his faux-professorial manner? The way he condescendingly dismisses politicians in Israel who actually turned out to be right, and to whom Kerry should have listened? It’s an abundance of riches, my friends, an abundance of riches in 44 seconds.