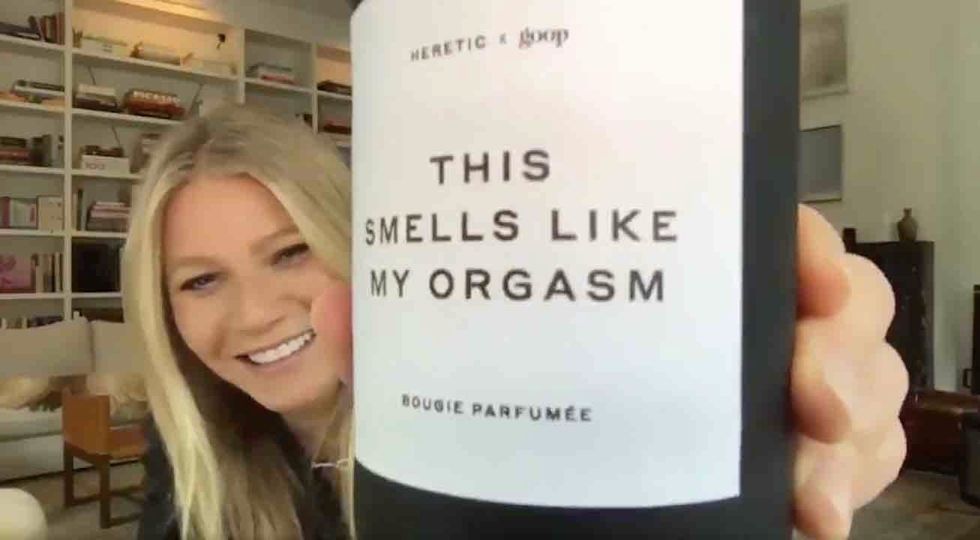 In January, she put a candle up for sale on her Goop lifestyle website called “This Smells Like My Vagina” — and the $75 item that began life as a joke sold out nearly immediately.

Now for an encore, the Oscar winner unveiled another candle with a similar moniker on Tuesday’s episode of “The Tonight Show Starring Jimmy Fallon.”

Here’s Paltrow showing it off to Fallon over video without even needing to mention the name:

The new candle, also going for $75, has an accompanying box designed with fireworks.

The New York Daily News noted that the “Orgasm” candle is described on her Goop website as “a fitting follow-up to that candle — you know the one — this blend is made with tart grapefruit, neroli, and ripe cassis berries blended with gunpowder tea and Turkish rose absolutes for a scent that’s sexy, surprising, and wildly addictive.”

What else has Paltrow been up to?

Among the more curious questions Paltrow posed to Michaela Boehm dealt with their lack of privacy: “It’s sort of like, ‘Where do you go as a couple … when you’re all in the house, and you’ve got dogs, and you’re trying to … work, and work from home?’ And it’s like, ‘What are you supposed to do?'”

Also in March, Paltrow was forced to delete an Instagram post many called “irresponsible” and “tone-deaf” considering the coronavirus pandemic: A photo of her in an outfit she was marketing to her nearly 7 million followers, which many thought was inappropriate at a dire time. 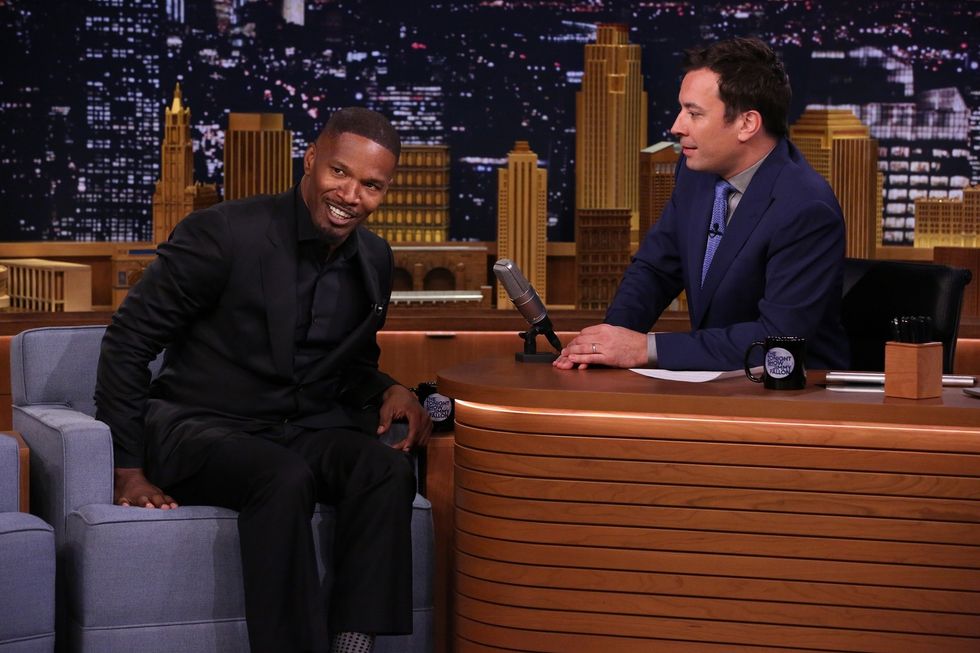 Actor and comedian Jamie Foxx came to the defense of “Tonight Show” host Jimmy Fallon on Tuesday, after Fallon took heat over an old “Saturday Night Live” skit and was accused of donning “blackface.”

But Foxx says the unearthed sketch from 20 years ago wasn’t even blackface, and told Fallon’s critics to “let this one go.”

Social media lit up this week after a clip from 2000 resurfaced showing Fallon wearing dark make-up during a segment where he played Chris Rock, but the online reactions were mixed. While some people expressed outrage at the footage, others called for people to calm down and defended Fallon against “cancel culture.”

Foxx was one of the big names who stood of for Fallon. According to Us Weekly, Foxx commented on an E! News Instagram post covering the controversy, “He was doing an impression of Chris Rock. It wasn’t black face. We comedians, I know it’s a tough time right now. But this one is a stretch.”

Foxx added, “On a show called ‘In Living Color,’ we played every race. Let this one go. We got bigger fish to fry…#changecourse.”

After his name began trending on social media sites on Tuesday, Fallon was quick to apologize, tweeting, “In 2000, while on SNL, I made a terrible decision to do an impersonation of Chris Rock while in blackface. There is no excuse for this. I am very sorry for making this unquestionably offensive decision and thank all of you for holding me accountable.” 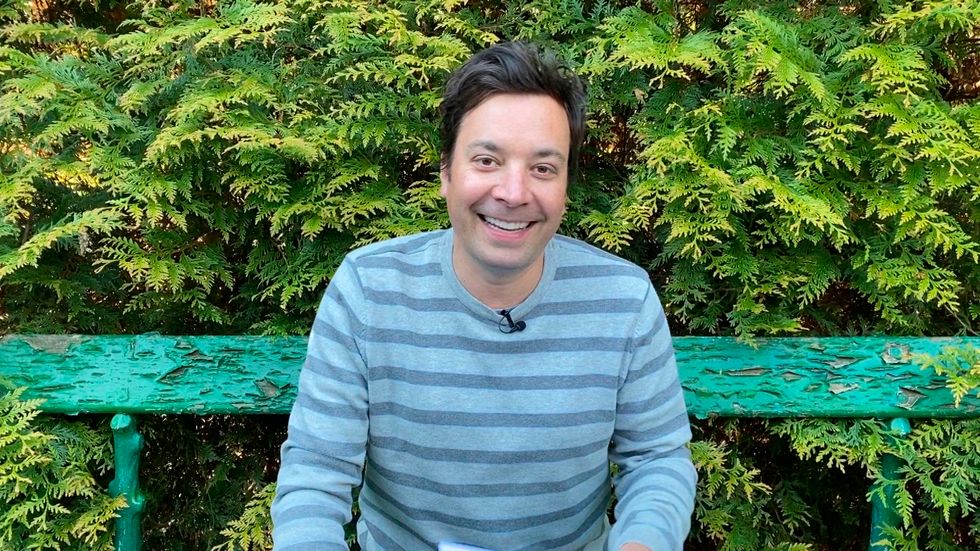 Comedian and TV host Jimmy Fallon has issued an apology for performing in blackface during a “Saturday Night Live” skit that aired in 2000.

During the skit in question, Fallon portrays fellow comedian Chris Rock, who is black.

The 20-year-old clip of Fallon in blackface resurfaced on the internet this week after NBC ran a compilation video featuring the skit — “Regis co-host auditions” — on the “Saturday Night Live” website. Fallon was conspicuously absent from the clip.

Social media had a field day with the clip, considering NBC — “Saturday Night Live’s” parent network — fired TV host Megyn Kelly in 2018 over a discussion about the appropriateness of blackface for Halloween.

A spokesperson for Fallon pointed TheBlaze to Fallon’s lengthy apology, made late Tuesday afternoon, via email.

The apology read, “In 2000, while on SNL, I made a terrible decision to do an impersonation of Chris Rock while in blackface. There is no excuse for this. I am very sorry for making this unquestionably offensive decision and thank you all for holding me accountable.”

Fallon tweeted the apology to his 51 million Twitter followers.

At the time of this writing, Fallon’s tweet has received more than 18,000 likes in the hour since it was posted, and responses to the comedian’s apology have been largely positive. 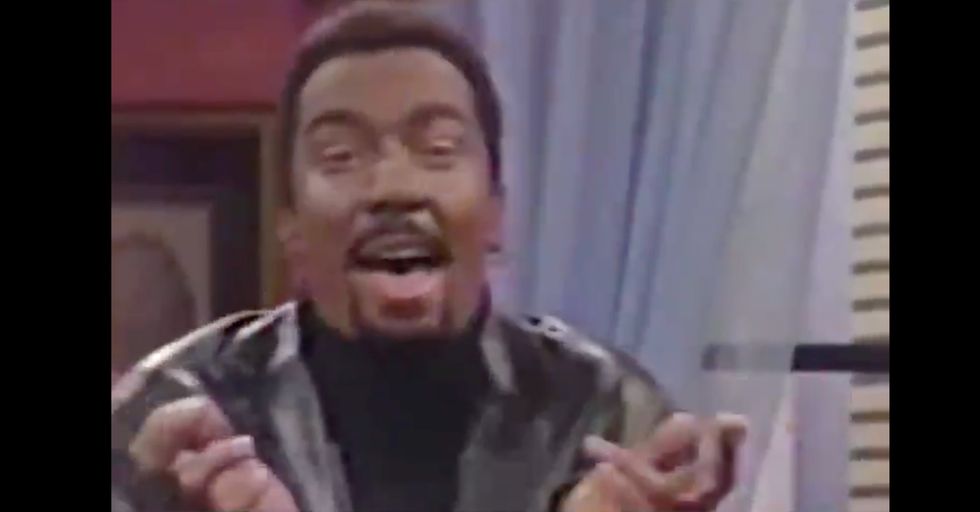 The network that fired media maven Megyn Kelly has recently promoted a segment on its website, featuring one of the network’s popular comedy sketches from its hit show, “Saturday Night Live.”

Now comedian and TV host Jimmy Fallon — as well as NBC — is under fire after social media went into overdrive in response to the clip.

Fallon appeared on NBC’s “Saturday Night Live” in 2000 in full blackface, dressing up as fellow comedian Chris Rock for a segment.

Fallon was conspicuously absent from the clearly edited clip, which remains nested in NBC’s “Saturday Night Live” website at the time of this writing.

The original clip sees Fallon complaining that there are “not a lot of black folks” on famed show “Who Wants to be a Millionaire,” and said it was likely because “black folks don’t want to answer questions.”

Video of Fallon in this particular skit also resurfaced in 2018 amid Kelly’s firing.

Kelly was let go after making controversial remarks about blackface and Halloween during a broadcast of “Megyn Kelly Today.”

In her remarks, Kelly said that dressing up in blackface was permissible when she was a child, and mused as to whether it was all right for white people to dress up for Halloween in blackface if they are playing a character.

Despite being in the spotlight for Kelly’s firing as well as the resurfaced clip, NBC never publicly commented on the decidedly controversial “SNL” segment.

Neither NBC nor Fallon have publicly addressed the resurfaced video at the time of this writing.