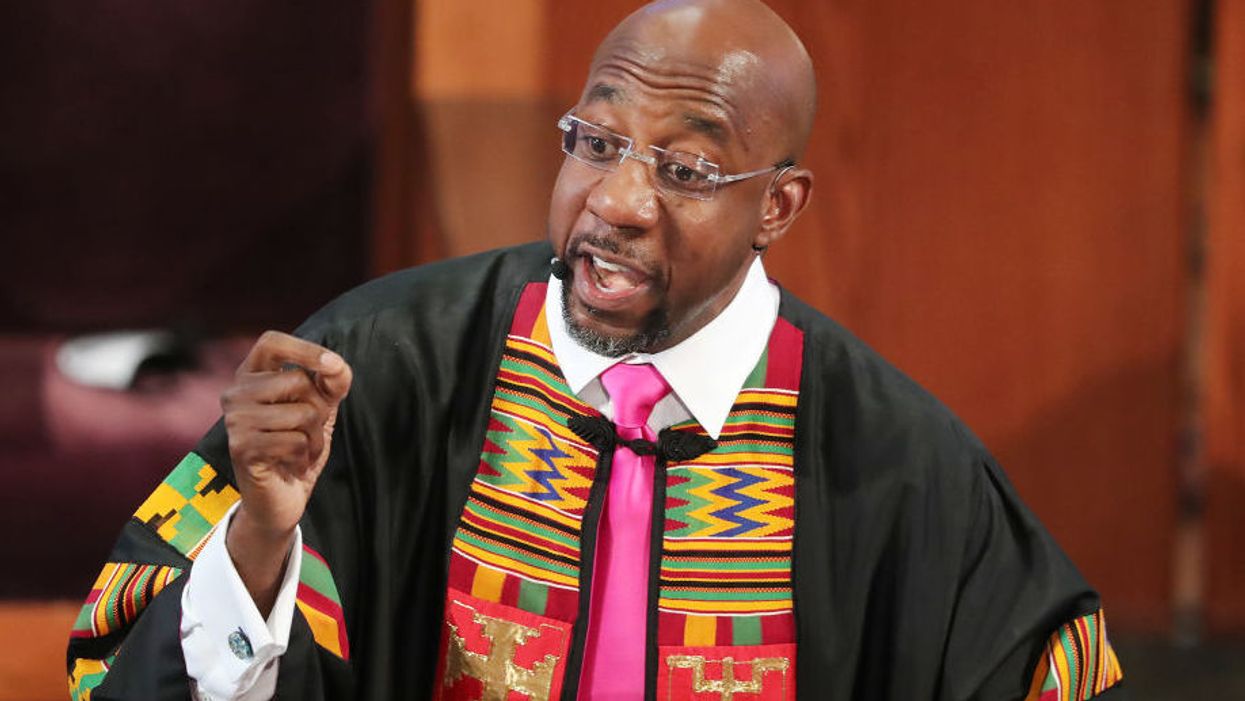 Just one week removed from Election Day, the country has turned its eyes to Georgia where control over the U.S. Senate hinges on two important runoffs, both of which will take place on Jan. 5.

Republicans currently hold Senate seats following the results of the 2020 election and must win at least one of the two Georgia seats — which are currently held by Republican incumbent Sens. David Purdue and Kelly Loeffler — to avoid relinquishing control of the Senate. If Republicans lose both, then the Senate would be split 50-50, essentially giving Democrats control of the Senate because media-declared Vice President-elect Kamala Harris would serve as a tie-breaking vote.

Now, we are getting a better picture of Democrat Raphael Warnock, who is running against Loeffler.

Warnock is generating criticism because of past comments and past associations.

According to Fox News, Warnock worked at an Abyssinian Baptist Church in Harlem when it hosted Cuban dictator Fidel Castro in 1995. Castro gave a speech at the church during which he bashed America. Church attendants reportedly praised Castro, chanting, “Fidel! Fidel! Fidel!”

FROM THE VIDEO ARCHIVES –>

However, it’s not clear if Warnock, who served as the church’s youth pastor at the time, was in attendance during Castro’s speech. Warnock’s campaign declined to say definitively.

Warnock campaign spokesman Terrence Clark said, “Twenty-five years ago, Reverend Warnock was a youth pastor and was not involved in any decisions at that time.”

Warnock is also being criticized for anti-police comments and for praising the controversial Rev. Jeremiah Wright.

“So, in Ferguson, police power, showing up in a kind of gangsta and thug mentality. You now, you can wear all kinds of colors and be a thug. You can sometimes wear the colors of the state and behave like a thug,” he said.

“We shouldn’t be surprised when we see police officers act like bullies on the street,” Warnock also said.

“It’s children’s day, and we’ve got to lift up our children because our children are in trouble. And they’re often those who are sworn to protect cause more trouble,” he said.

Meanwhile, former Fox News host Greta Van Susteren interviewed Warnock in 2008 during which she asked him if he embraced Jeremiah Wright, who infamously said one time, “God damn America.”

“Do you embrace that? Is that something you would do, sir, in your church?” Van Susteren asked, the Daily Wire reported.

“We celebrate Rev. Wright in the same way that we celebrate the truth-telling tradition of the black church, which, when preachers tell the truth, very often it makes people uncomfortable. And I think the country has been done a disservice by this constant playing over and over again the same soundbites outside of context,” he said.