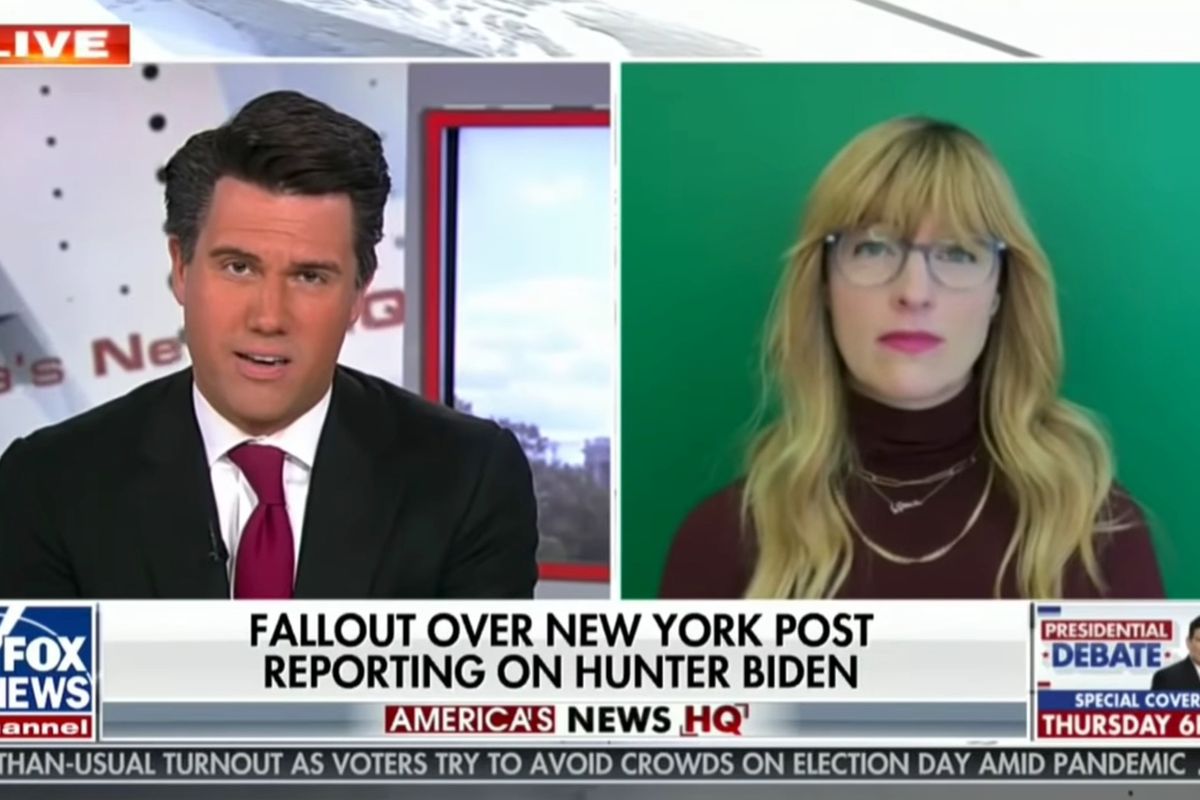 In the end, Vittert forced Arnold into making a revealing admission.

The contentious segment began with Joe Biden’s own words last October, when he claimed he never discussed his son’s overseas business dealings. That claim was disputed last week by numerous stories related to emails and a computer hard drive allegedly connected to Hunter Biden.

Arnold began by claiming that “so much of this is unconfirmed.”

“Jenna, it’s real simple. You say it’s unconfirmed. Tell us what parts are not true,” Vittert shot back. “Hunter Biden knows what emails he has and hasn’t sent. Are you saying, and the campaign saying, that these emails aren’t his?”

What ensued was more than two minutes of spin by the Biden campaign surrogate.

“It’s unclear to me — I would say that what’s so important right now, from both the American citizen and the media — yourself included, Leland — is to continue to ask clarifying questions about this, why the FBI is investigating —” Arnold said before Vittert interjected. “It’s imperative to note that the NSA told Trump that Giuliani was being played by these emails.”

After back-and-forth over Biden’s one response to the Hunter Biden email controversy — in which Biden attacked the CBS News reporter who questioned him — Arnold attempted to divert the conversation to talk about China and the coronavirus pandemic instead.

But Vittert shot her down.

“I’m so confused. What’s interesting is I feel like you still haven’t answered the fundamental question, which is: Can anyone say that these emails are inauthentic? And so far, I haven’t heard anybody say that,” Vittert said.

Shockingly, Arnold then admitted, “I think that’s fair. I don’t think anybody is saying they are inauthentic.”


Biden Surrogate On Alleged Hunter Emails: “I Don’t Think Anybody Is Saying They Are Inauthentic”

It is true that the Biden campaign has not denied a single material fact revealed in the explosive Hunter Biden email stories from last week.

Meanwhile, Director of National Intelligence John Ratcliffe revealed Monday that the stories are not part of a Russian disinformation campaign, as top Democrats are claiming.

“Let me be clear, the intelligence community doesn’t believe that, because there’s no intelligence that supports that,” Ratcliffe said of Democrats’ claims.

“Hunter Biden’s laptop is not part of some Russian disinformation campaign.”