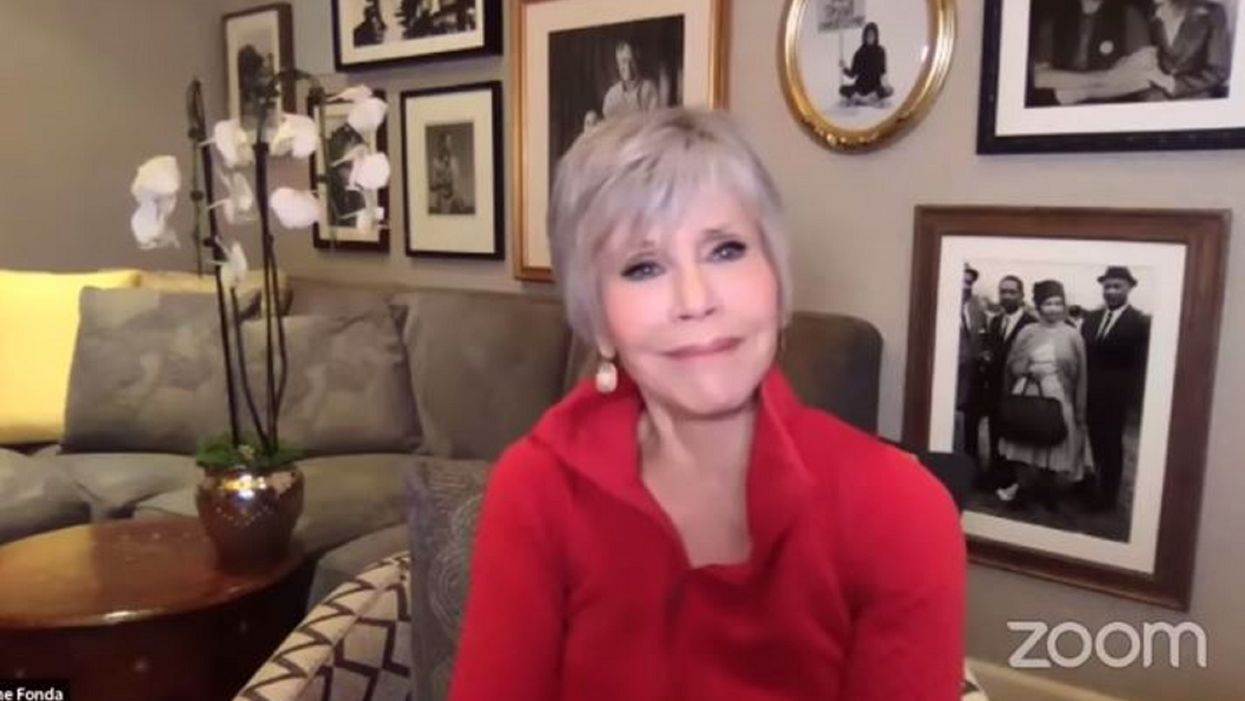 Actress and activist Jane Fonda says the coronavirus pandemic is a huge opportunity for Democrats, calling the outbreak “God’s gift to the left” because it could hurt President Donald Trump politically.

Fonda — a surrogate for the campaign of Democratic presidential candidate Joe Biden — laughed after making the remark.

“We can stop fascism,” Fonda can be seen saying on a video published by the Washington Free Beacon on Wednesday. “This is a crossroads, it’s an existential crossroads, and we are people who can help determine which way humanity goes.”

“What a great gift! What a tremendous opportunity,” the actress said with glee. “We’re just so lucky. We have to use it, with every ounce of intelligence and courage and wherewithal we have.”

Fonda then paused before declaring, “I think COVID is God’s gift to the left,” and chuckling.

She then admitted, “It’s a terrible thing to say,” reasoning, “I think it was a very difficult thing to send down to us, but it has ripped the Band-Aid off who [Trump] is and what he stands for and what is being done to average people and working people in this country.”

Calling for action, the actress added, “We can see it now, people who couldn’t see it before, you know, they see it now and we have a chance to harness that anger.”

Fox News noted that “The ongoing coronavirus pandemic has killed over 200,000 Americans and over one million people worldwide. It has also crippled the American economy and crushed many small businesses across the nation.”

According to The Hill, Fonda has used the Band-Aid metaphor against Trump before. The outlet reported that she told CNN’s Don Lemon in June, “When Donald Trump was elected, and the Band-Aid was torn off, people could see very blatantly the racism in this country that’s always been there.”

Fonda, 81, has been a liberal activist for decades. She earned the nickname “Hanoi Jane” after she posed affectionately for a photo with enemy troops during the Vietnam War while Americans died. In recent years, she has apologized for the image, telling the Frederick News Post in 2015, “It hurts me and it will to my grave that I made a huge, huge mistake that made a lot of people think I was against the soldiers.”