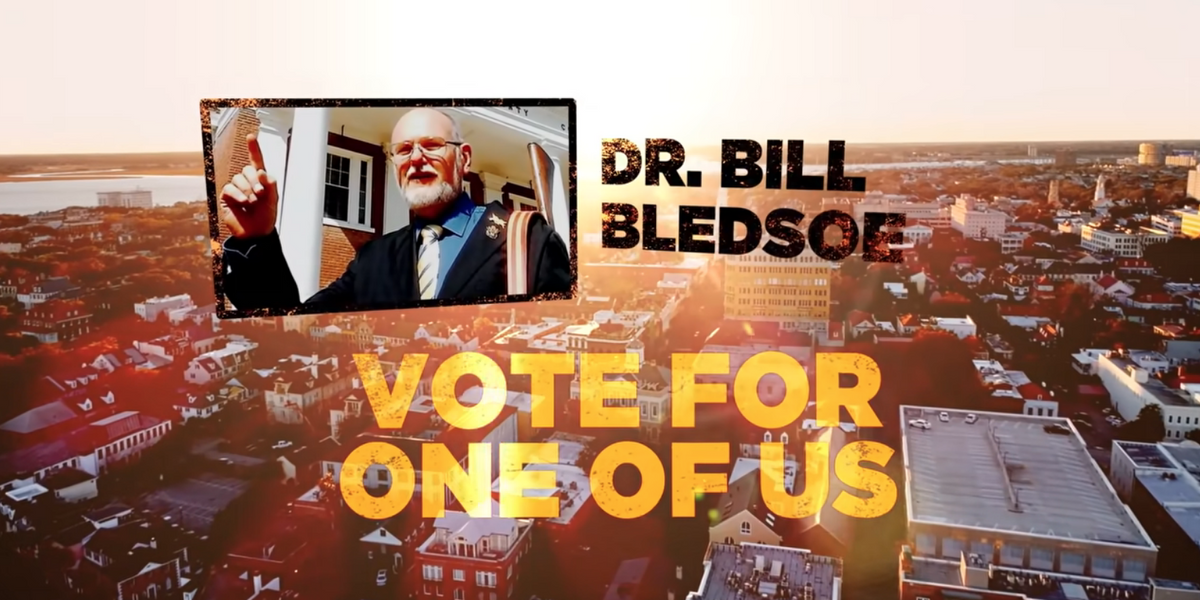 Dr. Bill Bledsoe, the former Constitution Party candidate for Senate in South Carolina, is speaking out after being targeted in a disingenuous ad campaign in the state operated by opponents of Republican Sen. Lindsey Graham.

Bledsoe, who dropped out of the race a month ago and endorsed Graham, called recent ads, propping him up as a conservative alternative to the Republican incumbent, fraudulent.

“They are manipulating, and they are doing an absolute opposite of what I believe in and what I’ve worked for. And that is, in my mind, that’s fraud,” Bledsoe told WACH-TV last week.

According to the local news outlet, Bledsoe has filed a cease and desist letter against all parties running ads using his name.

Democratic challenger Jaime Harrison has been funding digital ads in the state that herald Bledsoe as “too conservative” for the Senate. Users who click on the ads are redirected to a website paid for by the South Carolina Democratic Party that describes the candidate as “pro-Trump,” “pro-gun,” and “anti-abortion.”

The anti-Trump Lincoln Project also joined in on the effort last week, running a TV ad touting Bledsoe as the “real deal” and the only candidate conservative South Carolinians can trust.

“Their goal is to divide conservatives so Jaime Harrison can win, and I will not stand for it. I unequivocally urge all freedom-loving South Carolinians to vote for Senator Graham,” Bledsoe reportedly wrote in his letter.

Recent polls show the Senate race is close enough that if Graham’s vote tally were to decrease a few percentage points, it could allow Harrison to close the gap.

The state’s Democratic Party is arguing, however, that even though Bledsoe announced his campaign’s suspension early last month, voters still have the option to vote for him.

After all, Bledsoe was not able to act quickly enough to remove his name from ballots and and when voters head to the polls, they see three candidates listed on the ballot in alphabetical order, with Bledsoe’s name on the top.

“The fact is that after this election is over, there will be votes awarded to him and he will be certified. That means that he’s a candidate. So any, all of this accusation of us being deceptive may very well be an attempt by Dr. Bledsoe to have his cake and eat it too,” Trav Robertson, the chair of the South Carolina Democratic Party, told WACH.

Similarly, a spokesperson for Harrison’s campaign said, “Jaime has two opponents on the ballot and we are making sure voters know the facts about each, and about Jaime, before they vote.”

A spokesperson for Graham’s campaign shot back, calling the ads “deeply dishonest” but insisting that “South Carolina voters will reject Harrison’s lies.”