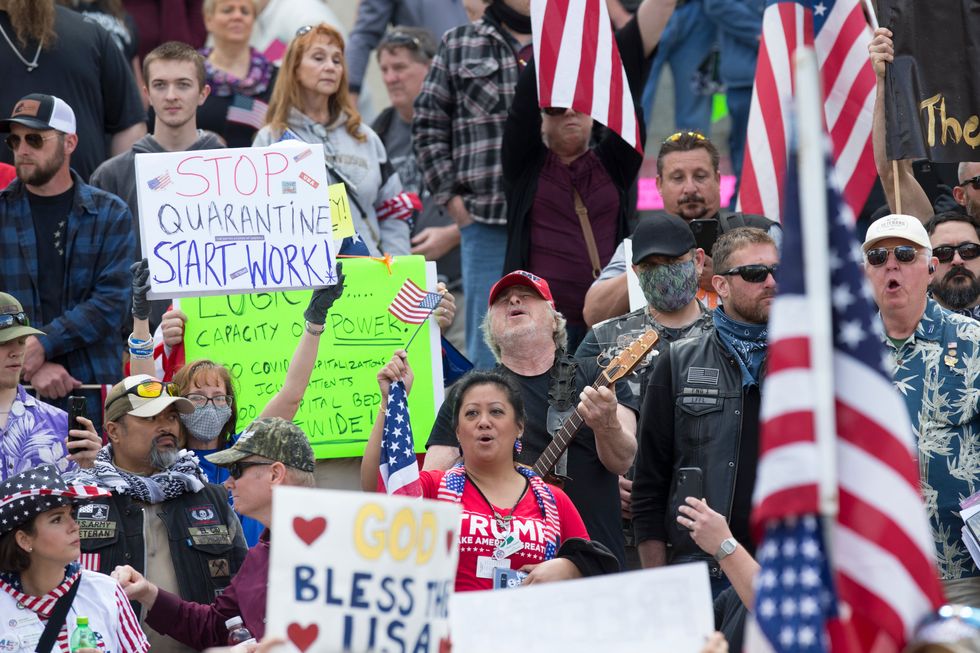 A new poll from ABC News/Ipsos reports that most Americans are “resistant” to reopening the country amid the COVID-19 outbreak.

The poll’s findings, which were released Friday, report that reopening the country is seen as a “greater risk” among most Americans.

The poll said that Americans, “by a large 30-point margin,” are “resistant” to reopening the U.S. in the coming days.

“[N]early two-thirds of Americans said they more closely align with the view that opening the country now is not advantageous since it will result in a higher death toll, while slightly more than one-third agree with the belief that an immediate reopening is beneficial to minimize the negative impact on the economy,” a portion of the report said.

Just 6% of Democrats believe that America should reopen now, as such a move would be imperative to bolstering the economy, while 65% of Republicans believe the same. Ninety-two percent of Democrats are opposed to an immediate reopening, and 35% of Republicans are also opposed to an immediate reopening because of the virus’ spread.

Twenty-five percent Americans say they were not likely to receive a vaccination against the coronavirus if one were developed and approved by the FDA. About 75%, however, said that they would “likely” receive such a vaccination.

Dr. Carlos del Rio, an infectious disease expert at Emory University, told ABC News that there will always be a contingent of people, however, who will not receive a vaccine no matter what the treatment is for.

“There’s always been an anti-vaccine group of individuals that are going to refuse vaccines no matter what,” del Rio said. “The question is, how do they impact other people.”

“You always have a sense of anxiety that this is a new vaccine. Is it safe? Is it effective,” he added. “But if a vaccine is safe, then the problem that you run into is complacency.”

“It’s not just the skeptics, it’s truly ones that don’t actively go looking for a vaccine,” the medical expert said.

He pointed out the importance of such vaccines, insisting that they “save lives.”

“We frequently tend to underestimate [vaccines’] benefit and overestimate the risk,” he warned.

You can read more of the poll’s findings here.