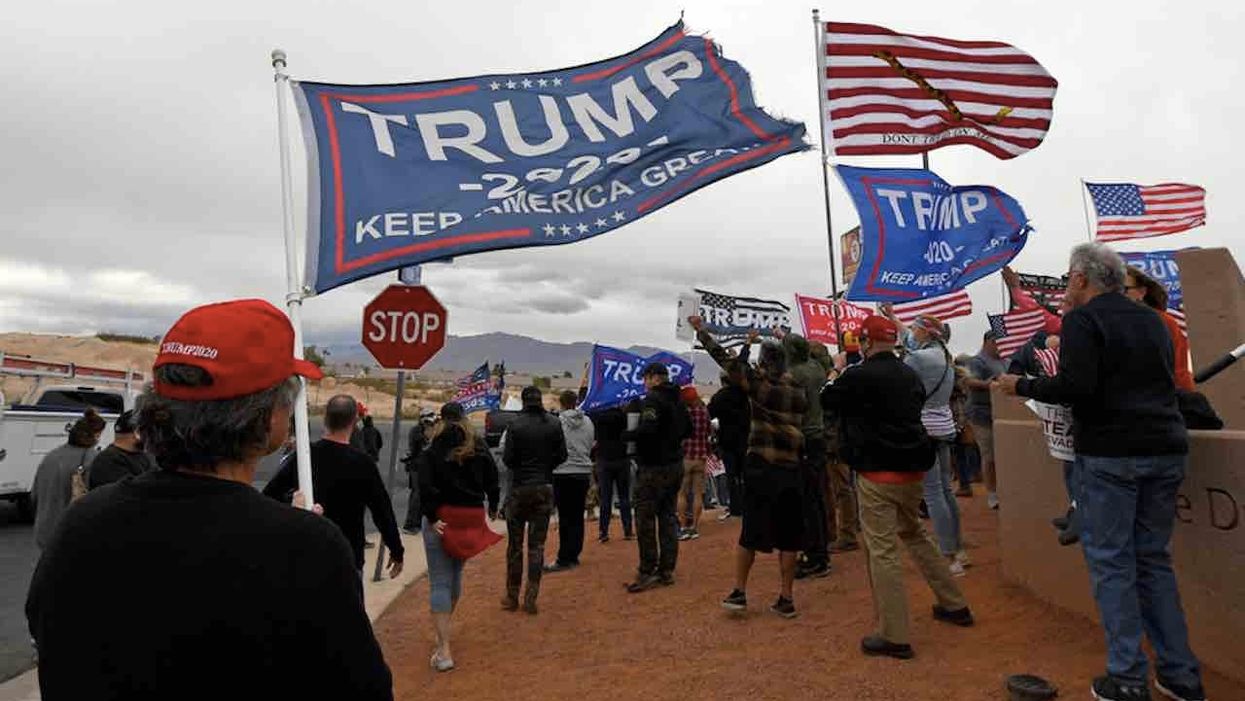 For some reason a principal of a public middle school in Maine decided it was a fine idea to post profane insults on Facebook against supporters of President Donald Trump the night before the election.

What were the insults?

It apparently wasn’t the first time Gifford took on Trump supporters, as he also reportedly posted over the summer that “Trumpmonkeys” are “ignorant f***ers” who are part of “goon squads” and added that now “the gloves are off and you are either with me or with him and his fascist army.”

Gifford’s posts were widely circulated among the Regional School Unit 13 community and alarmed parents who said the principal set a bad example for students, the Bangor Daily News reported.

In fact, the paper said Gifford was the second Maine school official last week who came under fire for making disparaging remarks about Trump and his supporters on social media. Believe it or not, the school board chair of Regional School Unit 71 resigned last Wednesday after making profane posts about Trump supporters on Facebook on election night, the Daily News said.

Gifford apologized to RSU 13 parents on Wednesday, saying that “my mistake was to include profanity, and for that I am truly sorry and hope that the community can accept this heartfelt apology,” the paper reported.

He added that “it is a great privilege to hold a leadership position and help guide our youth to realize their full potential. With this great privilege, I realize that I have the responsibility to ensure that I demonstrate effective ways to communicate, even when I disagree, in a way that ensures a productive and respectful dialogue,” the Daily News noted.

But the paper said Gifford’s apology didn’t quite measure up for some parents.

“I believe that thinking we can hold the principal to a lower standard than the students are held to is inexcusable,” parent Steve Spearin told the Daily News. “If a student had said those things in that manner, an apology of ‘I’m sorry you heard me say it’ — no matter how nicely worded — would not be acceptable.”

Spearin added to the paper that by disparaging Trump and his supporters, Gifford effectively targeted district students and families who might support Trump.

“I am gravely concerned that the views Mr. Gifford expressed are reflective of the way he interacts with his students,” Spearin also told the Daily News. “I am also worried that my children may face negative repercussions if they express anything contrary to those views.”

It appeared Gifford deleted his Facebook page as of Thursday, but the paper said it got a look at screenshots of his controversial posts.

Regional School Unit 13 Superintendent John McDonald would not comment on the matter Thursday, the Daily News said. The Village Soup reported that Gifford did not respond to its emailed request for comment.

RSU 13 does have a social media policy in place for employees, however it largely focuses on school officials using social media for school-related proposes. When it comes to personal use of social media, the policy states that “employees are expected to exhibit professional decorum on social media and shall not engage in conduct which distracts from or disrupts the educational process of students or the operations of the schools.”