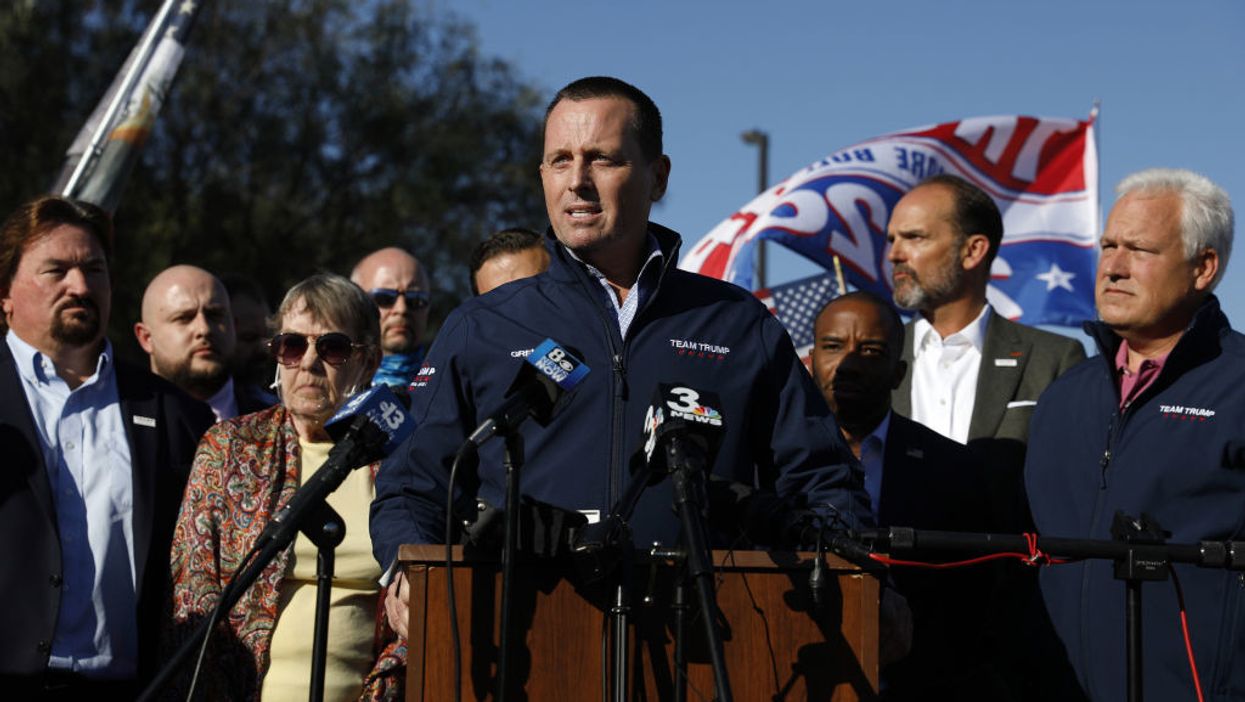 The Trump campaign has filed a federal lawsuit in Nevada in an attempt to stop the counting of “illegal votes,” claiming to have evidence that tens of thousands of nonresidents and deceased people have cast ballots in the state.

“We’re asking the judges to go through all the irregularities to stop the counting” of the disputed ballots, former Nevada Attorney General Adam Laxalt told reporters in a news conference announcing the lawsuit on Thursday.

Former Director of National Intelligence Richard Grenell — who was joined during the conference by Laxalt, American Conservative Union Chairman Matt Schlapp, and Nevada GOP Chairman Michael McDonald — claimed that Republicans in Clark County, Nevada, have been prevented from verifying the ballots.

“Ballots are not automatically legal votes until they are checked,” Grenell said. “We are not being allowed to check.

“It is unacceptable in this country to have illegal votes counted, and that’s what’s happening in the state of Nevada,” he added.

A source familiar with the details of the lawsuit reportedly told Fox News that campaign officials have evidence that ballots have been accepted from people who have died and people who have moved out of state.

The source added that Nevada election officials have not provided the campaign with answers as to why they have not been allowed to “check” the mail-in absentee ballots. The campaign says such ballots were often sent to apartments where the targeted individuals no longer live but were still filled out and cast.

Nevada voter, Jill Stokke, was also in attendance at the conference. Stokke said when she went to vote in person she was informed that her ballot had already been cast.

“I always voted in person, this time, they mailed out the ballot and somebody took my ballot,” she said. “They also took the ballot of my roommate.”


WATCH: Nevada voter Jill Stokke on how her ballot was stolen

According to CNBC, Clark County Registrar of Voters Joe Gloria said at a news conference Thursday that he was not aware of any improper ballots being counted.

When reportedly asked about the Stokke’s issue, Gloria said he feels confident in how it was handled.

“I personally dealt with [her issue]. She brought her claim to me. We reviewed her ballot, and in our opinion, it is her signature. We also gave her an opportunity to provide a statement, if she wanted to object to that and provide a challenge to that. She refused to do so. A member of the Nevada Secretary of State’s Office investigations team also interviewed her, and they had no issue with the assistance we tried to give her,” Gloria said.

In Nevada, Democratic presidential nominee Joe Biden is leading President Donald Trump by about 11,500 votes, or roughly 1 percentage point, with an estimated 76% of the vote reported. Depending on the results in other battleground states, Nevada’s 6 Electoral College votes could become especially consequential in determining the next president.

Nevada has been notoriously slow to turn in results this election and it may take until the weekend until a winner can be projected. In fact, Gloria said Clark County results will likely not be finalized until Nov. 12.