An NBC News report claimed Friday that a second laptop owned by Hunter Biden had been seized by the Drug Enforcement Administration in a raid of the offices of a former celebrity psychologist.

The laptop was recovered by the DEA in February when they served a search warrant at the Newburyport, Massachusetts, office of Keith Ablow, the former celebrity psychiatrist. Ablow was not charged with any crime but his medical license was suspended by the Massachusetts Board of Registration in Medicine over charges of inappropriate sexual activity with patients. He denied the claims.

The NBC report said that Biden was not the target of the search, and that the laptop was returned to his lawyer. It was not clear why the laptop was at Ablow’s office.

The revelation comes amidst much rumor and speculation about a laptop reportedly owned by Hunter Biden that was left at a Delaware computer shop and ended up in the possession of former New York City Mayor Rudy Giuliani, the personal attorney of President Donald Trump.

The New York Post’s report about that laptop and its contents were suppressed by Facebook and Twitter based on the personal information that were published and the controversial nature of the reporting. Both platforms were then accused of politically motivated censorship by allies and supporters of the president. 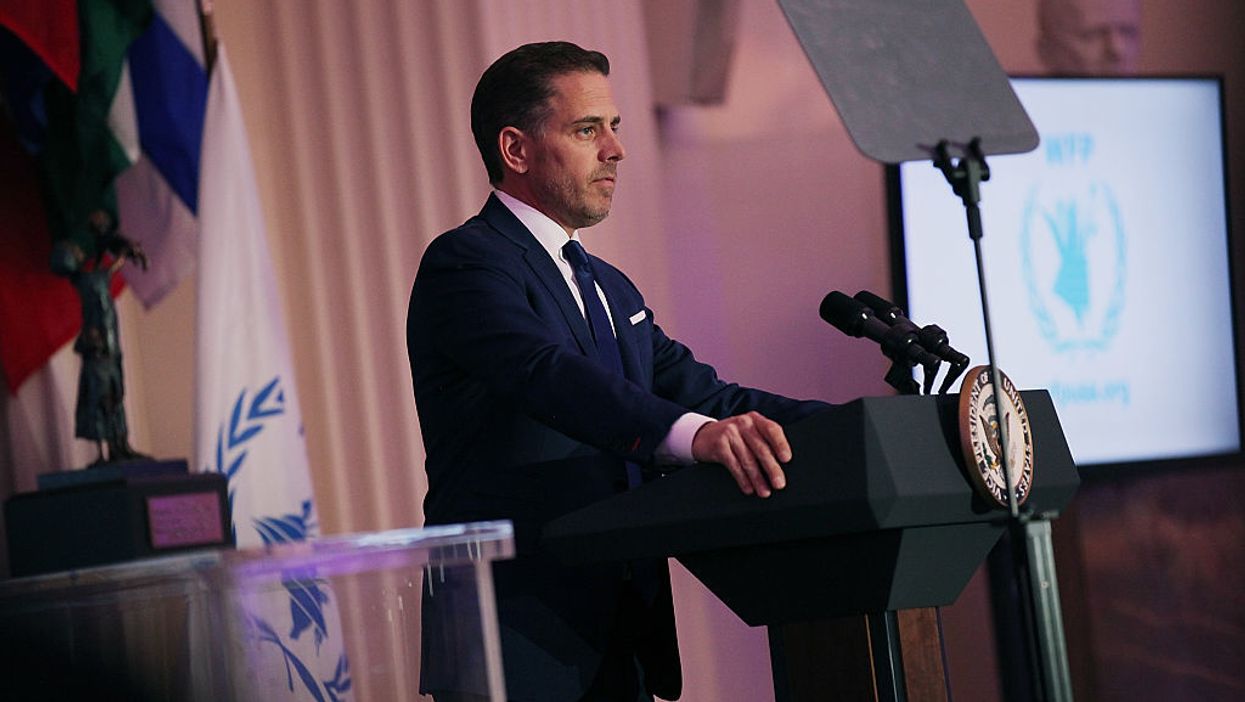 According to documents obtained by Fox News, the infamous laptop purportedly owned by Hunter Biden was subpoenaed by the FBI in December 2019 as part of a money laundering investigation.

The laptop in question has been at the center of a firestorm of controversy after the New York Post ran a story alleging that a copy of the laptop’s hard drive, which was provided to them by former New York City Mayor Rudy Giuliani, contained emails from Hunter Biden to his foreign business partners, in which he appeared to leverage his relationship with then-Vice President Joe Biden and in which his partners claimed to have successfully obtained a meeting with Joe Biden due to Hunter’s efforts.

The story gained additional traction when social media giants Twitter and Facebook took extreme measures to suppress the spread of the story before any efforts were made to ascertain whether or not it was true. The New York Post’s Twitter account remained locked for at least a week after publication of the story, and angry Republicans have promised lawsuits and congressional investigations into Facebook and Twitter’s efforts to thwart spread of the story.

Subsequent investigations have revealed that the original laptop is real and does exist, and is in possession of the FBI. Reports from earlier this week indicated that the FBI had subpoenaed the laptop as part of an investigation, but details were not clear as to the nature or target of the investigation.

The subpoena, which was dated Dec. 9, 2019, is addressed to John Paul Mac Isaac, the owner of the Mac repair shop where Hunter Biden allegedly left the fateful laptop in question. The subpoena directs him to give testimony and also seems to indicate that a laptop was taken into possession by the FBI.

In response to the news, a spokesman for the Biden campaign intimated to Fox News that the money laundering investigation may have been into Giuliani’s dealings, rather than Hunter Biden’s.

“The Attorney General of Delaware’s office indicated that the FBI has ‘ongoing investigations regarding the veracity of this entire story.’ And it would be unsurprising for an investigation of a disinformation action involving Rudy Giuliani and those assisting him to involve questions about money laundering, especially since there are other documented inquiries into his dealings,” Biden spokesperson Andrew Bates said.

Additionally, an attorney for the Biden campaign commented, “Criminal investigations of Russian disinformation campaigns that include the witting participation of American citizens like Rudy Giuliani often involve investigation by the FBI of whether the American has received payment for these activities that would implicate the Federal Money Laundering statutes.”

It should be noted, however, that United States intelligence agencies, including the Department of Justice and FBI, have forcefully indicated that the laptop is not part of a Russian disinformation campaign. 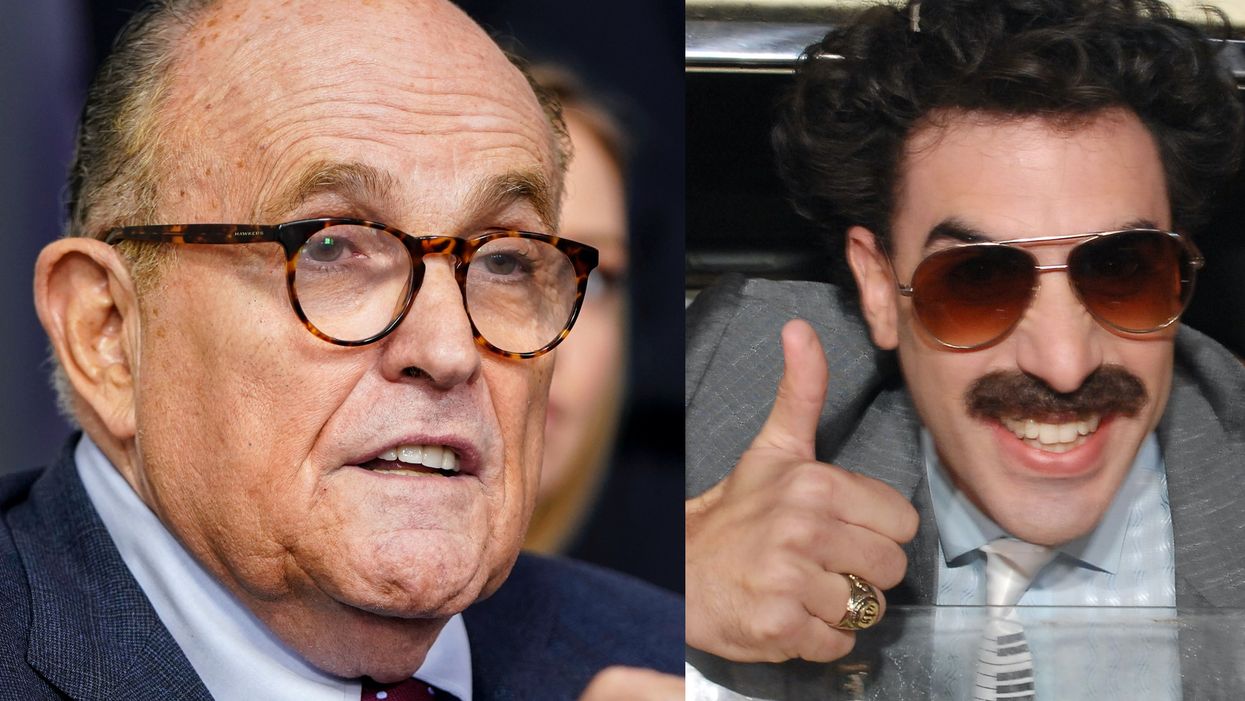 Critics of Giuliani, who is a longtime friend and defender of President Donald Trump, pounced on the video that reportedly showed him reaching into his pants while speaking to a woman pretending to be a reporter in a hotel room. The video was recorded as a part of comedian Sacha Baron Cohen’s sequel to his “Borat” movie.

Giuliani denied the damaging characterization of what happened.

“The Borat video is a complete fabrication. I was tucking in my shirt after taking off the recording equipment. At no time before, during, or after the interview was I ever inappropriate. If Sacha Baron Cohen implies otherwise he is a stone-cold liar,” tweeted Giuliani.

(1) The Borat video is a complete fabrication. I was tucking in my shirt after taking off the recording equipment.… https://t.co/F6blogHGQf

He went on to quote the New York Post that called the accusation an “exaggeration through editing,” and said that the episode was an attempt to smear him after he revealed what he allegedly found on Hunter Biden’s laptop on Tuesday.

“This is an effort to blunt my relentless exposure of the criminality and depravity of Joe Biden and his entire family,” he said in a third tweet.

“We are preparing much bigger dumps off of the hard drive from hell, of which Joe Biden will be unable to defend or hide from. I have the receipts,” he added.

Giuliani said that he had delivered the laptop that was allegedly owned by Hunter Biden to the Delaware state police after claiming that he had seen evidence of criminality.

A spokesperson for Delaware Attorney General Kathy Jennings told USA Today that they had obtained the laptop from the New Castle County Police Department, and then handed it over to the FBI for investigation.

“As we’ve seen in multiple reports, (the FBI) is looking into whether these claims are credible,” said Mat Marshall. “In light of their investigation, we’re referring it over to them now.”

On Monday Director of National Intelligence John Ratcliffe shot down claims from Democrats that the revelations over Hunter Biden’s laptop were a part of a Russian disinformation campaign. 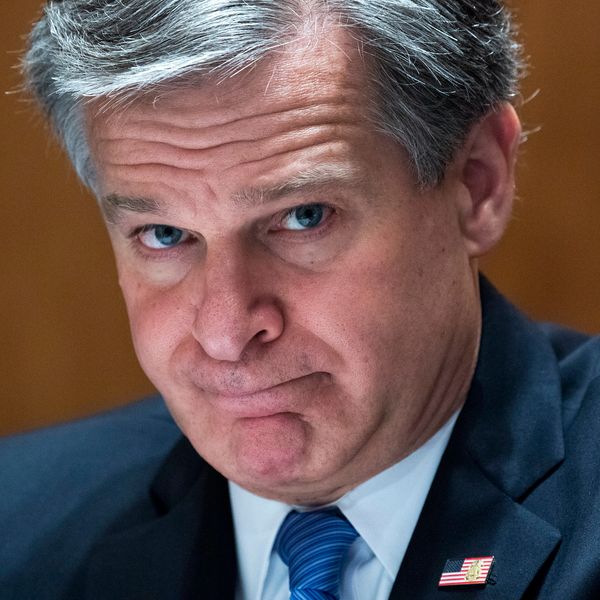 Nineteen Republican lawmakers in the U.S. House of Representatives signed a letter demanding answers from FBI Director Christopher Wray about whether the bureau had possession of a hard drive that led to the controversial New York Post exposé.

Catherine Herridge of CBS News posted the letter to her social media account on Friday:

The letter went on to address the allegation that the FBI was in possession of the hard drive in 2019.

“This action took place right at the end of the U.S. House of Representative’s impeachment sham against President Donald J. Trump, and right before the U.S. Senate tried the case. A large portion of the President’s legal defense case revolved around strong evidence that former Vice President Biden’s son, Hunter, was peddling his influence to his father to land lucrative jobs overseas that he might not have otherwise been qualified for,” the letter continued.

The letter went on to call it a “gross error of judgement” and a “severe violation of trust” if the FBI had been in possession of the hard drive and had not divulged the information that was so damaging to the Biden campaign.

The lawmakers asked for an answer to their letter from Wray by Thursday.

Also on Friday, Biden snapped at a reporter who asked him to respond to the New York Post story, and instead accused him of participating in a smear campaign against him.