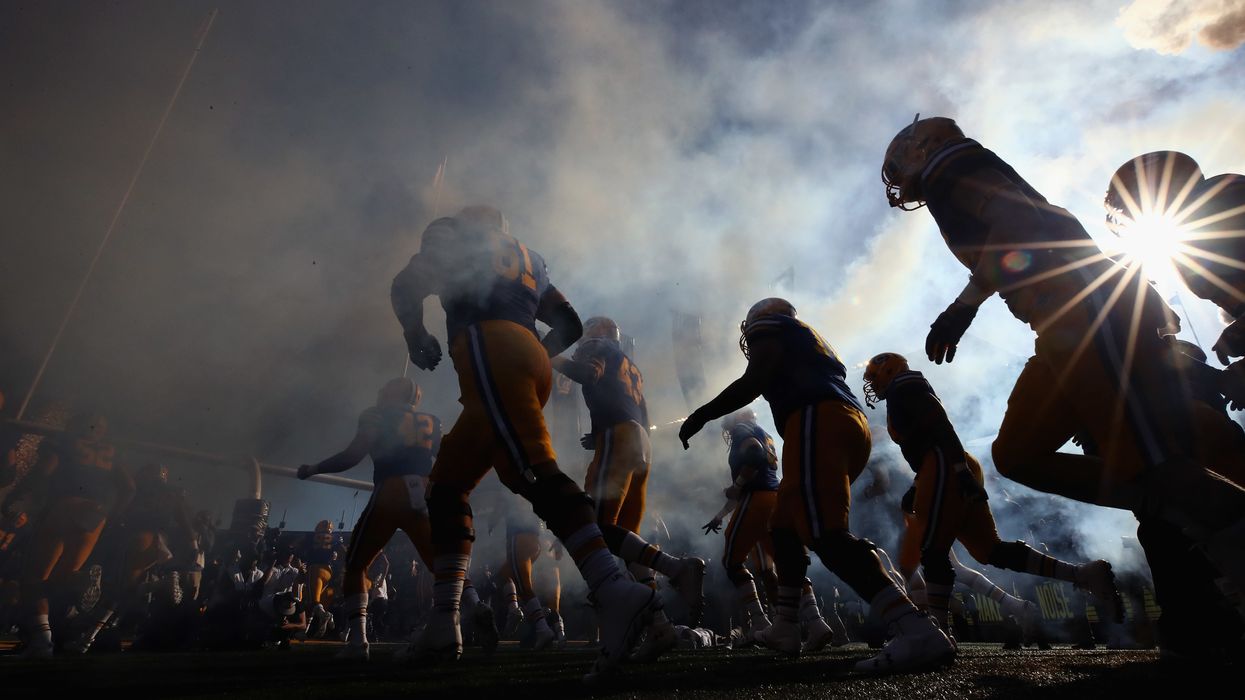 What are the details of the original article?

According to the College Fix, Mayhew and graduate student Musbah Shaheen wrote a hopeful opinion piece about the possible return of college football amid the COVID-19 pandemic and political and racial unrest across the country.

The original article, titled “Why America Needs College Football” and published by Inside Higher Ed, pointed out that a return of college football could prompt some normalcy in an otherwise unsettling year across the country.

He and Shaheen wrote that a return to college football could work “toward healing a democracy made more fragile by disease, racial unrest, and a contested presidential election cycle.

“Football gives players a platform to make statements about issues they care about,” the pair continued. “We have seen student athletes taking part in protests and making demands for racial equity. We have seen student athletes kneel to protest police brutality. Colleges and universities should take many more steps to empower athletes to engage with the community. Depriving them the opportunity to play doesn’t accomplish that goal.”

Mayhew and Shaheen added, “[C]ollege football represents an America where competition is sanctioned, community is encouraged, and disagreement is emotionally regulated.”

“If nothing else, it gives us a reason to cheer,” they wrote.

In a strongly worded letter to Inside Higher Ed’s editor, Dallas College professor of History Andrew McGregor criticized the position, calling it “inaccurate” at best, and an example of white privilege at its worst.

“[The authors] see college football as an essential part of American society and our political system, rather than a symptom of the deep-seeded [sic] issues that have contributed to political polarization, racial unrest, the devaluation of education, and prolonged devastation of the COVID-19 pandemic,” McGregor explained. “Many of us have weighed these issues and found the sport to be anything but essential. In fact, a number of scholars have denounced college football’s premature return to play precisely because it is symptomatic of broader social issues.”

Some of those “broader social issues,” according to McGregor, include the spread of COVID-19 and the ongoing racial unrest across the country.

“America, after all, has a long history of exploiting Black and indigenous people of color for the pleasure and material gain of whites. Amateurism and the very structure of college athletics is caught up in the United States’ system of racial capitalism,” McGregor insisted. “The problems of COVID-19, police brutality, and the policies currently being enacted by our political leaders all have a disproportionally larger impact on racialized folks. So too does college football.”

McGregor insisted that college football players, in effect, are part of a “product” that colleges “provide to ‘taxpayers’ in order to soothe them in times of low morale.”

“Black athletes are embraced on the gridiron and in the community as a way to assuage white guilt,” he reasoned.

What was the response to McGregor’s letter?

After considering the position, Mayhew issued a follow-up piece in Inside Higher Ed, titled “Why America Needs College Football — Part 2.”

In the second piece, Mayhew apologized for the “hurt, sadness, frustration, fatigue, exhaustion, and pain this article has caused anyone,” and particularly “black students in the higher education community and beyond.”

“I am struggling to find the words to communicate the deep ache for the damage I have done,” he admitted. “I don’t want to write anything that further deepens the pain experienced by my ignorance related to black male athletes and the black community at any time, but especially in light of the national racial unrest.”

He continued, pointing out that he was fearful of saying anything that could potentially diminish the importance of such a necessary conversation.

“I also don’t want to write anything that suggests that antiracist learning is quick or easy,” Mayhew added. “This is the beginning of a very long process, one that started with learning about the empirical work related to black college football athletes.”

Instead, he said, he should have titled the piece “Why America Needs Black Athletes.”

“I learned that black men putting their bodies on the line for my enjoyment is inspired and maintained by my uninformed and disconnected whiteness,” he said, “and, as written in my previous article, positions student athletes as white property.”

Mayhew said that he hopes the black community can forgive the burden, which he says is “of a white person haunted by his ignorance.”

“I hate that my students have to carry my ignorant racist energy with them at all times,” he lamented. “I hate that I brought a graduate student into this space with me as a co-author: Musbah Shaheen, I am sorry. I hate the fact that I have hurt my colleagues at Ohio State and the field of higher education, especially black scholars whose careers have been spent studying black lives. I am sorry for ignoring your scholarship. I hate that I have let down my black friends and friends of color, whom I love.”

Shaheen has yet to make any proclamations about the original post at the time of this reporting.