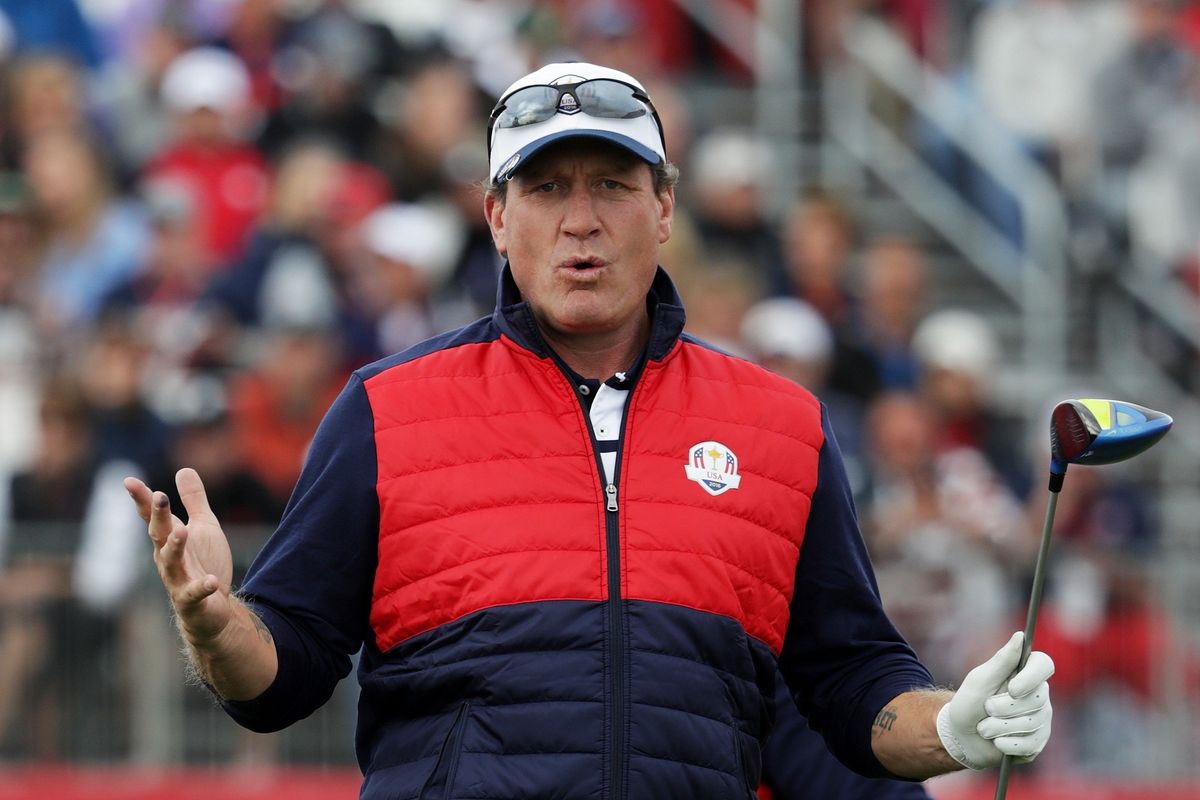 Former NBC Sports analyst Jeremy Roenick is suing his former employer for wrongful termination, insisting that there is a gross double standard at work within the network.

NBC Sports fired Roenick, a former NHL star, in February after determining he made vulgar, crass remarks about his wife and one of his female co-workers.

According to the Wrap, Roenick insists that a gay colleague made similar remarks, but was not reprimanded for the comments, let alone fired from the network.

Roenick’s suit insists that the network fired him “because of his sex and sexual orientation.”

Roenick, who recalled a vacation he and his wife took along with Tappen, a family friend, said that a woman approached him and asked if he was with both his wife and Tappen. Roenick said he jokingly told the woman, “Yes, they are,” and proceeded to banter and joke with the woman about having “blonde bombshells” on either arm while on vacation.

He joked, “I play it off like we’re going to bed together every night [while on vacation], the three of us. If it really came to fruition, that would be really good, but it’s never going to happen.”

Roenick apologized after outcry over the remarks, and the network initially suspended him for the comments. By February, the network fired him.

Roenick’s suit insists that during coverage of the 2018 Winter Olympics, NBC Sports analyst Johnny Weir made “colorful commentary” in regard to the “body parts of ice skaters.”

Roenick said that he brought the remarks up to NBC Sports executive Sam Flood at the time, but said that Flood dismissed his concerns and responded by saying that Weir is “gay,” which means he can “say whatever.”

Roenick’s suit, according to the outlet, “also points to a story from earlier this month about a video where Weir and Tara Lipinski (another NBC commentator)” reportedly used a “vulgar term for a women’s groin and joked about a sexual affair” while discussing Olympic bronze medalist and figure skater Bradie Tennell.

“To date, there has not been any remedial action taken against Lipinski or Weir,” the suit says.

Elsewhere in the suit, Roenick alleges that his open support for President Donald Trump has also factored into the network’s decision to fire him in February.

Roenick’s suit alleges that he asked Flood in 2016 if he could speak at the 2016 Republican National Convention.

Flood reportedly responded, “I’m not saying what you can do. You know who you work for. You work for NBC. That would not look good on your NBC record.”

In a statement to the New York Post, Roenick’s lawyer, Scott William Clark, said, “Mr. Roenick is the victim of double standards wrongfully asserted against him. A person’s career should not be thrown away by a company as Mr. Roenick’s career was with NBC. We are confident that the evidence that will be brought to light from this lawsuit will reveal the rampant disregard of Mr. Roenick’s rights.”

The Post also reports that Roenick’s suit says NBC could have used other means to discipline him rather than exercising a termination.

Reprimanding Roenick, according to the suit, “would have allowed NBC to send the message to the community at large that his comments were inappropriate and could not be tolerated while not ruining Roenick’s post-playing career.”