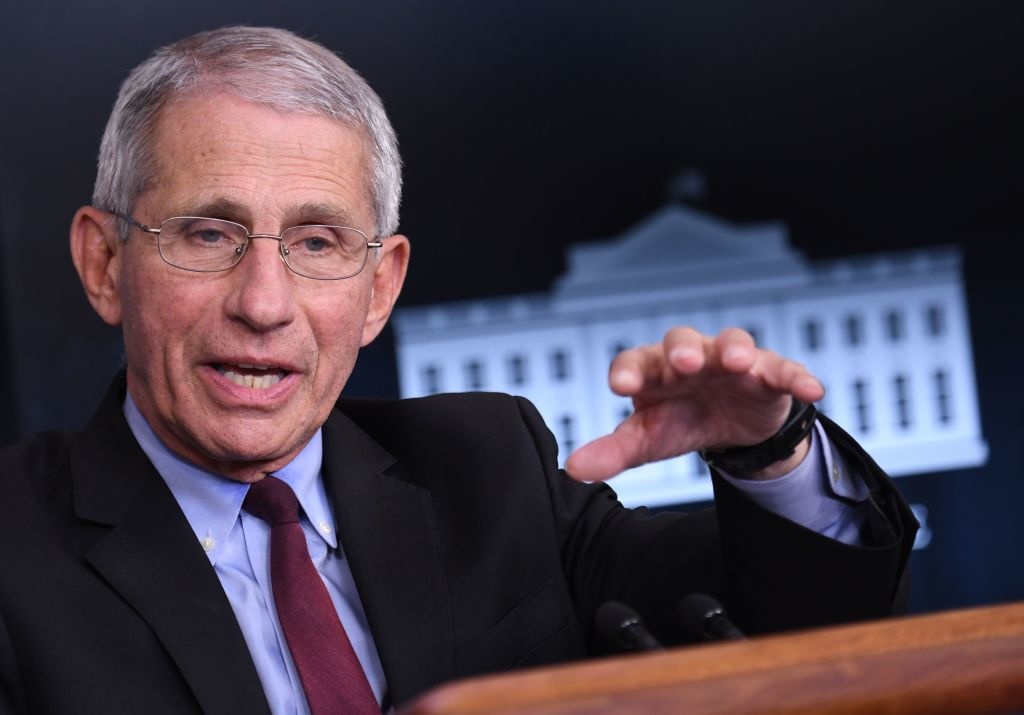 Dr. Anthony Fauci, a leading health expert on the White House coronavirus task force, said that Americans should never shake hands again, even after emerging on the other side of the coronavirus pandemic.

“When you gradually come back, you don’t jump into it with both feet,” Fauci said recently in a podcast interview with the Wall Street Journal. “You say what are the things you could still do and still approach normal. One of them is absolute compulsive hand washing; the other is you don’t ever shake anybody’s hands.”

Later in the podcast, in which Fauci discussed what it will look like when America eventually returns to normal after the pandemic, the infectious diseases expert doubled down, insisting that avoiding the practice will curtail the spread of other diseases, too.

“I don’t think we should ever shake hands ever again, to be honest with you,” he said. “Not only would it be good to prevent coronavirus disease, it probably would decrease instances of influenza dramatically in this country.”

Fauci, who leads the National Institute of Allergies and Infectious Diseases, also seemed to suggest that hand-shaking may not be the only practice that will be dropped from customary practice after the outbreak subsides.

“I don’t think we’re ever going to get back to free-flying lack of attention to what transmissibility of infections are,” he said. “I think that people are going to be careful.”

“But can I as a resident of New York City hug my 77-year-old mother with vulnerable respiratory systems?” podcast host Kate Linebaugh interjected at one point.

Fauci advised her that she shouldn’t — at least for now — especially living in a vulnerable area like New York City. But once an antibody test is widely distributed, which he said could be in the next few weeks, and if that antibody test tells her that she has been infected and has defeated the virus, then yes.

“I can imagine a situation where you take an antibody test and you are absolutely positive that you were infected and you did well, then you could hug the heck out of your grandmother and not worry about it,” he said.

Americans are currently living under social distancing guidelines released by the White House at least through April 30. Additionally, a majority of states have implemented stay-at-home orders to combat the spread of the disease.

When asked for a timetable for returning to normalcy, Fauci expressed hope that we would see “light at the end of the tunnel” by the end of April.