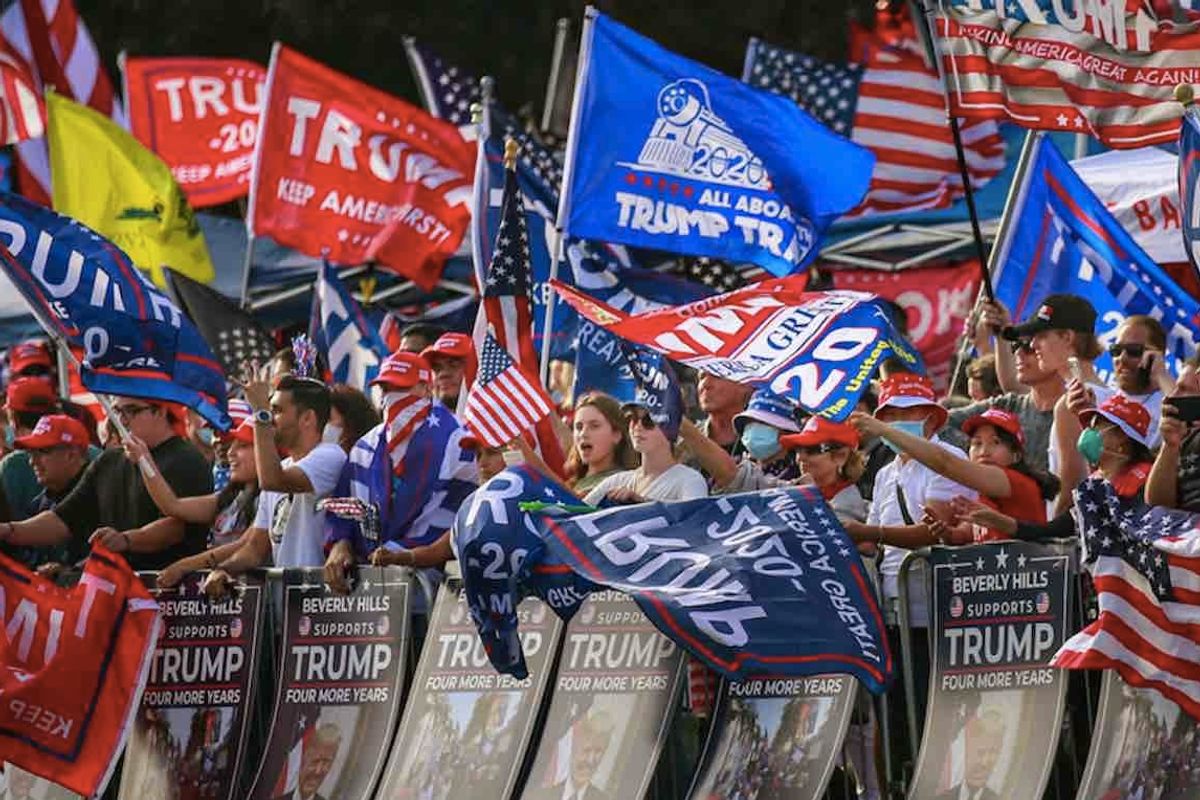 A passenger in a rapper’s vehicle was arrested Saturday on weapon charges after being accused of pointing a gun at a person amid a rally supporting President Donald Trump in Beverly Hills, California.

Beverly Hills police said they received a report just after 5 p.m. of an individual saying someone in a vehicle pointed a gun at him near South Santa Monica Boulevard and North Beverly Drive — and that he took note of the license plate. A vehicle with a matching plate was stopped after driving past the pro-Trump rally, the Los Angeles Times reported.

The vehicle’s driver was rapper Offset, the Times said. Offset is the husband of famed singer Cardi B, known far and wide for the sexually charged song “WAP,” which glorifies woman as prostitutes.

Offset recorded part of the interaction with police on Instagram Live.

“You just watched somebody beat my car up with a flag!” Offset tells an officer who repeatedly asks him to shut off the vehicle. But Offset insists on keeping his hands on the steering wheel and threatens to sue cops.

Offset was released after questioning, the Times said. But passenger Marcelo Almanzar, 20, was arrested and charged with carrying a concealed weapon and carrying a loaded firearm in public, police said. Almanzar remained behind bars in lieu of $35,000 bail, the paper said, citing jail records.

There were multiple reports that Offset was arrested, but police denied those accusations.

Almanzar is reportedly a cousin of Cardi B, who also arrived at the scene at one point, the Times said, citing videos posted to social media.

The individual who told police a gun was pointed at him declined to press charges for that, police said.

An Offset publicist, Derrian Perry, told the paper in a statement that the rapper was detained “following an attack by aggressive Trump supporters.”

BET, citing videos posted to Twitter, said just prior to the police stop, Offset and Cardi B. were seen making their way through a crowd where several people were waving Trump flags.

“Offset thanks his fans for their support and wishes everyone peace and safety during these trying times,” the statement added, according to the Times. “He encourages everyone to get out and vote because nothing changes if nothing changes.”

The paper also reported that Offset’s representatives emphasized he was not the aggressor and that he complied despite having guns drawn on him and receiving conflicting directions from police.

“Offset’s current focus is encouraging younger voters to get to the polls in order to keep incidents like this from continuously happening,” a representative said, according to the Times.

Police estimated that more than 2,500 people attended the pro-Trump rally.