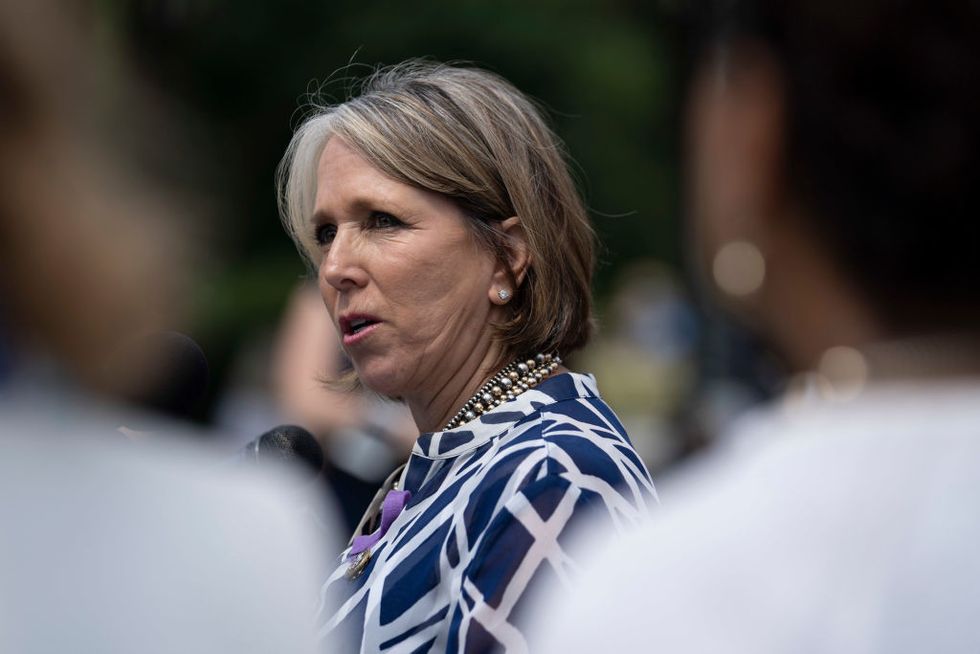 Last Thursday, Hicks announced that he would allow businesses in Grants to reopen by Monday in defiance of Lujan Grisham’s mandatory lockdown order. Hicks said the town’s police force would prevent state police from enforcing the state’s order, according to KRQE-TV.

“The governor is killing us. She’s totally killing us,” Hicks said. “So we have no choice. So right now, we are reopening. Let State Police come down here.”

According to KRQE, Hicks, who is also a Democrat, compared Lujan Grisham to Nazis.

“I’ve told businesses to call 911 if State Police show up to their place. We are going to stop Lujan Grisham and her Gestapo,” he told the TV news station.

Businesses in New Mexico have been on coronavirus lockdown since March 24. Last week, Lujan Grisham extended the lockdown order to at least May 15, increasing the strain on small businesses.

On Monday, Hicks made good on his promise, reopening city hall, the town’s golf course, and allowing businesses to reopen their doors, KOAT-TV reported. Businesses that reopened had social distancing guidelines in place.

She said, according to the Santa Fe New Mexican:

This notion that you don’t have to comply is wrong. That you can just open up businesses and not worry about public health issues is really quite frankly tantamount to opening up a public pool and having a pee section.

This makes absolutely no sense whatsoever, flies in the face of every single positive, productive, evidence-based public health effort and, quite frankly, I happen to know that the county commission is incredibly upset by these directions.

“To compare an elected official making difficult decisions to protect the public health of all New Mexicans to Hitler is disgusting,” spokeswoman Nora Sackett said. “We condemn it in the strongest possible manner. The world recently observed Holocaust Remembrance Day, and to make such a horrifying and misguided comparison while New Mexicans are taking action to protect themselves and their communities from a terrible virus is beyond the pale.”

New Mexico has had at least 2,823 confirmed coronavirus cases and at least 104 people have died.