This article was originally published by Brandon Smith at Alt-Market. 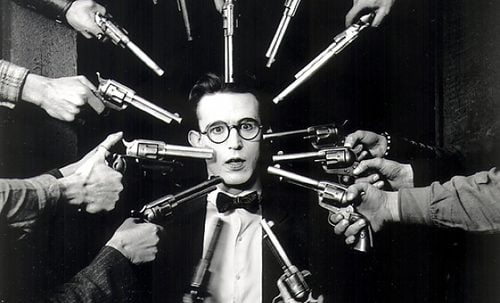 In last week’s article, I discussed the issue of American “balkanization” and the rapid migration of conservatives and moderates from large population centers and states that are becoming militant in their progressive ideology. In my home state of Montana, there has been a surge of people trying to escape the chaos and oppression of leftist states.

Some are here because of the pandemic and the harsh restrictions they had to endure during the first lockdowns. Others are here because they can’t stand the hostility of identity politics, cancel culture, and race riots. Either way, they are fleeing places with decidedly leftist influences.

Uprooting and moving to an entirely new place is not an easy thing to do, especially in the middle of a pandemic. For many people, such an idea would have been unthinkable only a few years ago. Believe me, moving to a place like the Rocky Mountain Redoubt is not an easy transition for most. Hopefully, these people understand that they will have to make extensive preparations for the rough winter and be ready to work hard in the spring and summer months to survive. Maybe they don’t realize yet how tough it is here; maybe they know and don’t care.

That’s how bad the situation has become – Rational and reasonable people are willing to leave behind their old life and risk it all to keep a margin of freedom.

In my view, it is clear that the political left has gone so far off the rails into its own cultism that there is no coming back. There can be no reconciliation between the two sides, so we must separate, or we must fight. I advocate for separation first for a number of reasons:

First and foremost, conservatives are the primary producers within American culture. If we leave the leftists to their own devices there is a chance they will simply implode in on themselves and eat each other because they have no idea how to fill the production void. The recent developments in the defunct CHAZ/CHOP autonomous zone are a perfect example. Those people don’t have the slightest clue what they are doing and it shows.

Second, if conservatives separate it provides a buffer that helps defuse future random conflicts. When you force the two sides into a box together eventually they will find a reason to try to kill each other. Putting some distance between them and us reduces the angst.

Third, if the leftists decide they don’t like that we have separated and are thriving on our own, and they attempt to antagonize or attack us where we live, then we hold the clear moral high ground when we smash them to pieces in response.

I fully realize that the third outcome is the most likely. War is probably inevitable. Why? Because collectivists and narcissists are never satisfied. They desire unlimited control over the lives of others and they will use any means to get that control no matter how destructive. Separating from them is only a stop-gap that allows us to take a superior position. Through peaceful migration, we set the pace of the conflict. Eventually, they will come after us, and there will be no doubt about our response then. There will be no way to spin the result in their favor, no way for them to play the victims.

Some people might question if we are actually to the point of open conflict; they might accuse me of “doom-mongering”. Others may argue that conservatives are acting “passive” and that we will never take any action. These assumptions are common right now because such people do not understand how history progresses and how group psychology evolves.

Domestic war is not something pursued lightly, or haphazardly. The average person knows at least subconsciously that it’s better to seek resolution or to remain patient as events unfold. Conservatives aren’t stupid; we know that before any civil war there is first a culture war. And, we know that the cards are stacked against us and that if we act rashly in any way we will lose position in that culture war.

So, we let the leftists spit and rage like madmen for a little while. Each day people who were on the fence when it comes to the culture war are witnessing this and come over to our side because we’re the only side that is sane. The drawback is, there comes a point in which calm professionalism might be wrongly perceived as weakness. And when people sense weakness among conservatives, they might run into the arms of the extreme left thinking that it’s safer to join the “winning team”.

I believe conservatives have not been sucked into a reactionary stance yet because they are thinking logically and refusing to play the game for now. In some ways, it is how we enter the fight that is more important than the fight itself.  To understand why, we have to look at the bigger picture beyond the left/right conflict.

As I noted last week, the political left is a tool for a greater agenda. They are being used as a weapon of chaos by globalist interests. This is not “conspiracy theory”, this is a conspiracy fact. Millions of dollars have poured into Antifa and BLM related groups through elitist donors like George Soros and his Open Society Foundation as well as the Ford Foundation. Globalist institutions like these have been influencing the extreme left and promoting identity politics for DECADES. This is openly admitted. What we are witnessing in 2020 is simply the culmination of a half-century-long propaganda campaign that created the modern feminist movement, victim group status, entitlement culture, etc.

The reason for the agenda should be obvious: Chaos creates fear. Fear creates division and crisis. And, crisis creates opportunity (as globalist Rahm Emanuel once bragged). Meaning, the extreme left is going to start a war because that’s exactly what the global elites created them for.

Now, some might suggest that this places conservatives in a Catch-22 position; if we don’t fight back then we will look weak. We will be culturally isolated and eventually overrun and wiped from the history books. If we do fight back we will be giving the globalists what they want – A civil war that will tear America apart.

The suggestion by certain special interests will be that there is only one way out; use government power to turn the tide to our advantage. In other words, institute martial law. I don’t really see it that way.

Once we understand that a fight is coming regardless, our task is to position ourselves with the most advantage possible while keeping our culture and our principles intact. This includes our belief in constitutionalism, civil liberties, and opposition to tyranny in ANY form. Winning the fight is important, but maintaining our principles in the process is more important. Becoming a monster to fight the monster is the same as losing.

When the left comes for us (and they will), the fight has to be won by us, not government. We cannot hand even more power to government in the name of security. We cannot become the fascists the leftists accuse us of being.

I am often asked these days about my view of the 2020 election and how it will turn out. I did predict Trump’s election win in the summer of 2016 based on the idea that Trump’s presence in the White House would drive the left insane, as well as give the globalists a perfect “conservative” scapegoat for the economic collapse they had been engineering since at least 2008.

Trump’s cabinet of global elitists suggests his complacency in this plan.  We still live under a one-party system pretending as if it is a two-party paradigm.

Furthermore, I am not convinced there will even be an election in November. With pandemic lockdowns surely returning as infections spike once again, the US economy will be in ruins by winter. Voting in a traditional fashion will be difficult or restricted in some states. And, mail-in or digital ballots will not be accepted by most conservatives because of their history of being used to rig election outcomes.

Look at it this way: If Trump “wins”, or delays the election, the left will riot and a civil war will be triggered. Conservatives will have to deal with the violence of the left while also dealing with the potential for martial law (which we cannot tolerate or support either). If Biden “wins”, it will be perceived by many conservatives who still think elections matter as a stolen presidency engineered through fraudulent ballot practices.

To summarize, if Trump is still in the White House in 2021, get ready to fight back against leftist mobs as well as martial law measures. If you believe in freedom, realize that fake conservatives that support government tyranny will be as much a problem as Marxist lefties. If Biden enters the White House, expect him to immediately implement unconstitutional policies including medical tyranny, gun confiscation, and martial law. Either way, it ends in war.

It’s also the classic false choice narrative:  You can choose Marxism and communism, or you can choose fascism.  Communism being the elevation of the weak and the oppression of the strong in the name of arbitrary “equality”, and fascism being the elimination of the weak or less fortunate in the name of making more room for the strong.  Both sides rely on totalitarian government to assert dominance, and both sides benefit the elitist establishment.  The great con is that there is no third option when there is; the non-aggression principle, citizen defense, voluntarism, and freedom.

Frankly, I almost prefer a scenario in which Biden and the left are perceived as stealing the election. At least then conservatives will be fully united once again and ready to fight, instead of passively relying on a Pied Piper like Trump to save them.

The truth is, in 2020-2021 we stand at a massive nexus point in human history. We are spiraling into a decade and a fight that will decide the fate liberty for the next century or more. On one side stands the global elites and the useful idiots on the hard left. They will push for a collectivist system that erases all memory of the Constitutional Republic we once knew, and they will get help from fake conservatives that value power over principle. On the other side stands the people that just want to be left alone; the free minds, the people that don’t need or desire to have power over anybody.

If humanity is to have a future at all, the second group must continue to exist and prosper. They are the wellspring that feeds us, that gives us something to hope for. If the elites and the social justice mob take control, there can be no future for our species. They desire what they cannot and should not have. They value only what they can take from others. They have a hunger that can never be satiated. They will devour the world until there is nothing left while claiming they stand for the “greater good”. War cannot be avoided with such people; the only question is, will liberty-minded people stay the course and stick by their principles or will they fall to their darker impulses to ensure victory?