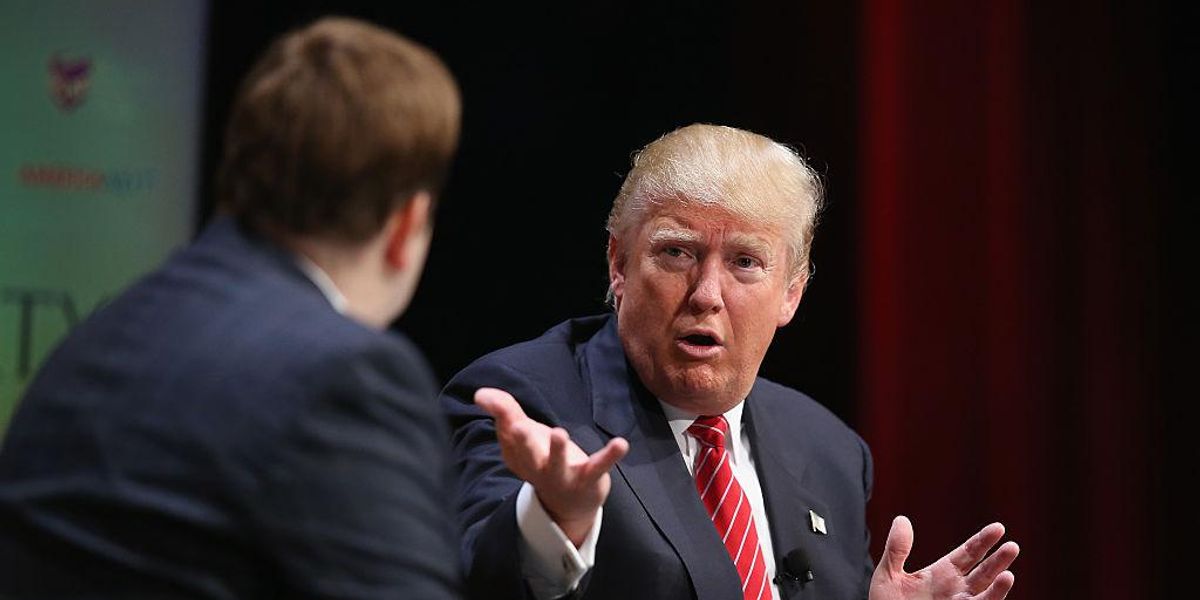 Longtime Republican pollster and political strategist Frank Luntz slammed Donald Trump on Thursday, predicting his influence would quickly fade and arguing that the former president brought on the bans from various social media platforms by his own actions.

Luntz made the remarks while speaking on the New York Times podcast, “Sway,” with host Kara Swisher just minutes after Facebook’s oversight board upheld the platform’s decision to restrict Trump’s access following the Jan. 6 riot at the U.S. Capitol.

During the interview, the pollster claimed that Trump, though at the moment still influential, will never be able to affect politics in the same way given his lack of access to social media platforms, such as Facebook and Twitter, and his displacement from the Oval Office.

“He’ll never engage in the way he did before, because he simply doesn’t have that capability,” Luntz argued. “He can’t hop on Air Force One. He cannot dominate the news coverage. He can get a sliver of it. And he will continue to do so. He’s not going away.

“That said, it just doesn’t move people the way that it used to,” he continued. “And with every passing month, he’ll become less and less relevant.”

Later in the interview, Luntz proclaimed that “Donald Trump has no one but himself to blame” regarding his indefinite removal from social media platforms.

“His behavior, his actions, his words led to all of this,” Luntz argued. “And he didn’t understand that he was actually sowing the seeds of his own destruction, of his own impeachment, by making it impossible for Republicans to govern around him. And he still doesn’t understand it. But it’s his own damn fault for the situation that he is in.”

Luntz then went even further back than the Capitol riot, all the way to the lead-up to 2020 presidential election to argue that Trump could have won back the presidency if he would’ve turned in a better first debate performance.

“And it’s his own damn fault, just in his debate performance — in that first debate performance,” he said. “Trump’s behavior at that debate was disgraceful. It was an embarrassment. And that was his behavior for so much of his presidency. He has a legitimate record to defend, a legitimate record of success. But his own demeanor ended up costing Republican seats in the House and in the Senate.”

Trump, who remains the most popular figure in the Republican Party, would almost certainly lead the field of 2024 presidential contenders should he choose to run again. Though as time goes on, there is at least some evidence that his popularity is gradually falling.

This week, in an effort to share his views and communicate with supporters amid the social media bans, the former president launched his own personal online message board. 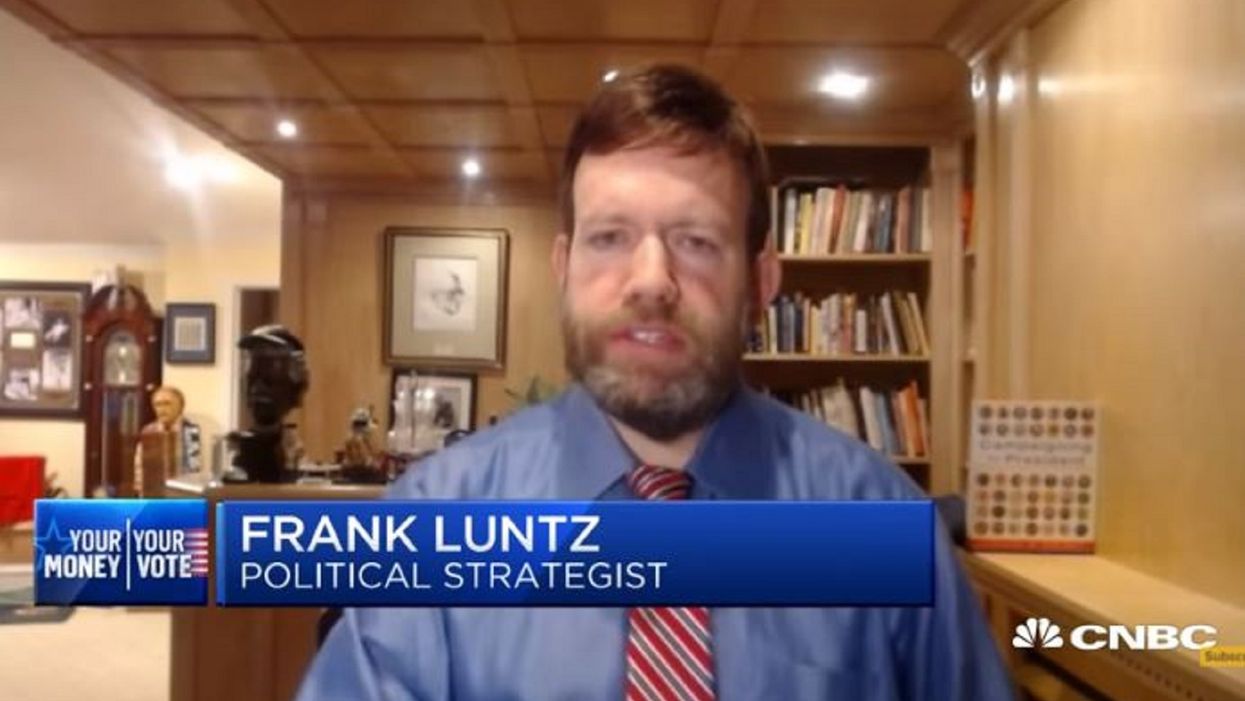 Longtime Republican pollster Frank Luntz says his industry is “done” after major forecasts were way off in projecting outcomes in the 2020 general election.

As numbers rolled in during the tight race between President Donald Trump and Democratic presidential candidate Joe Biden on Tuesday night, Luntz told Axios, “The political polling profession is done.” He added, “It is devastating for my industry.”

National polls leading up to Election Day showed Biden held a commanding advantage over Trump, but the two candidates were neck and neck out of the gate and remained in a heated battle so close Wednesday that lawsuits were already filed.

On Twitter, Luntz pointed to the fact that GOP Sen. Susan Collins (Maine) was behind challenger Sara Gideon (D) in 14 major polls as Nov. 3 approached, but ended up winning by several points. He called the widespread inaccuracy “a systemic failure.”

Nearly two weeks ago, Luntz told Fox News that if President Trump wins and defies the polls as he did in 2016, his “profession is done.”

“I hate to acknowledge it, because that’s my industry — at least partially — but the public will have no faith, no confidence.” Luntz told anchor Bret Baier. “Right now, the biggest issue is the trust deficit.”

He added, “Pollsters did not do a good job in 2016. So, if Donald Trump surprises people, if Joe Biden had a 5- or 6-point lead, my profession is done.”

Luntz issued an apology to fellow pollster John McLaughlin on Wednesday, saying McLaughlin beat “mainstream pollsters” with his predictions that Trump would have a strong showing in “key Rust Best states.” Luntz had earlier said of McLaughlin’s projections: “I don’t believe it. But if he’s right, he’s a genius. If he’s wrong, I wonder if he’ll ever work again.”

During an interview with CNBC on Wednesday, Luntz was asked if he was surprised by the outcomes of the election thus far. “My single biggest surprise is not something that you guys have been talking about, which is that it looks like the Republicans will keep control of the Senate,” he replied.

“My second biggest surprise,” he continued, “is that the pollsters at CNN and a few other places have not apologized for the numbers that are completely wrong.” 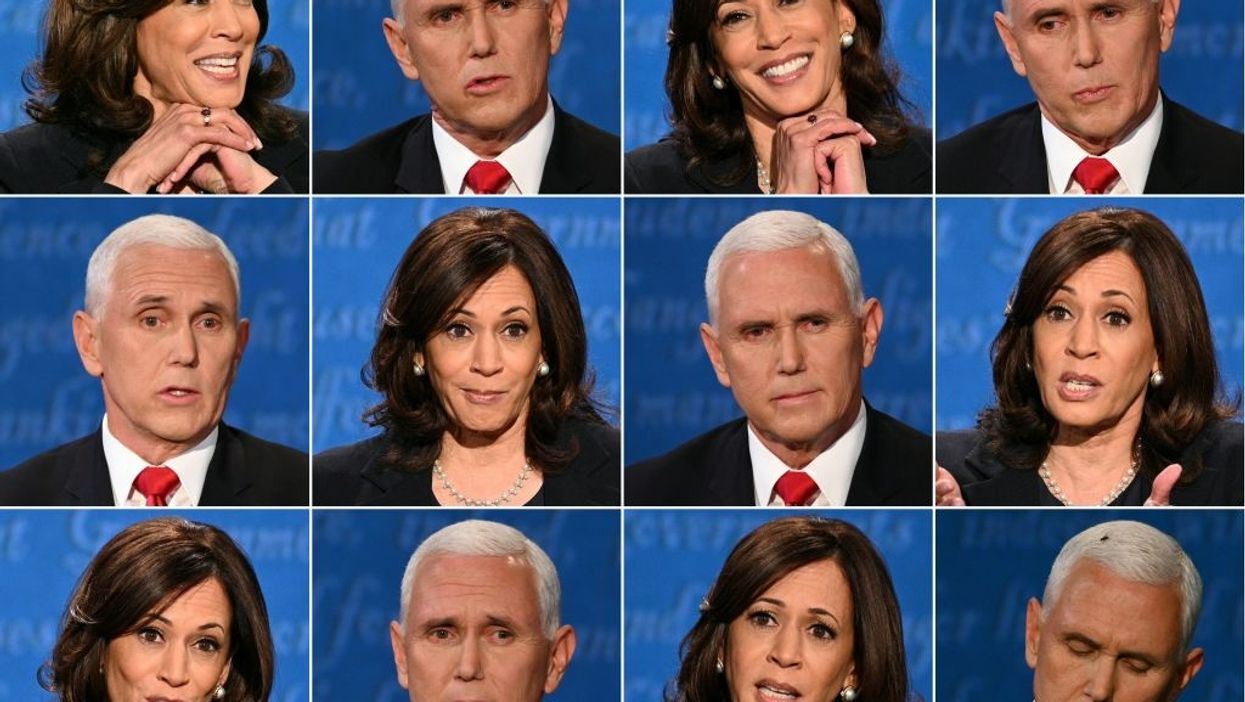 “If this is a battle over style and substance, which is often the case with undecided voters because they simply do not choose on policy — they also choose on persona — this was Mike Pence’s night,” Luntz added. 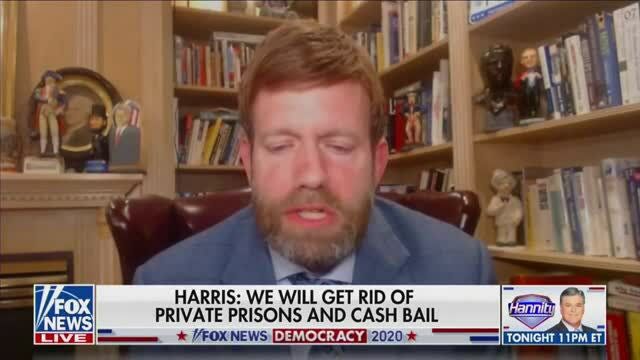 “I want to emphasize, it’s not that Pence did so well, because they felt that both candidates were not answering the questions as well as they would’ve liked, they thought that Kamala made a greater effort to take down Donald Trump and the Trump/Pence administration, whereas Mike Pence did a better job in explaining what the Trump/Pence administration had done,” he said.

Luntz also said his focus group was more upset with Harris’ “smiling,” “smirking,” and “scowling” than Pence going over his time limit.

While he doesn’t think the debate by itself will change many undecided voters’ minds, Luntz did note that his focus group thought this debate was much better than President Donald Trump’s debate with former Vice President Joe Biden, which they characterized as embarrassing.

“The tone and demeanor of the discussion last night was exactly what the American people want,” Luntz told CNBC Thursday.

On substance, Luntz’s focus group thought both candidates spent too much time arguing over the Trump administration’s record and not enough time talking about their plans for the future.

“The number one question from them is what’s going to happen with the Supreme Court, will Joe Biden try to pack the Supreme Court?” Luntz asked. “Mike Pence did an outstanding job making that an issue yesterday and that is resonating in the minds of the American people today.”

On the economy, the focus group said they did not hear a plan from either candidate on how jobs lost during the coronavirus pandemic will return.

You can watch an abridged version of Luntz’s focus group here: