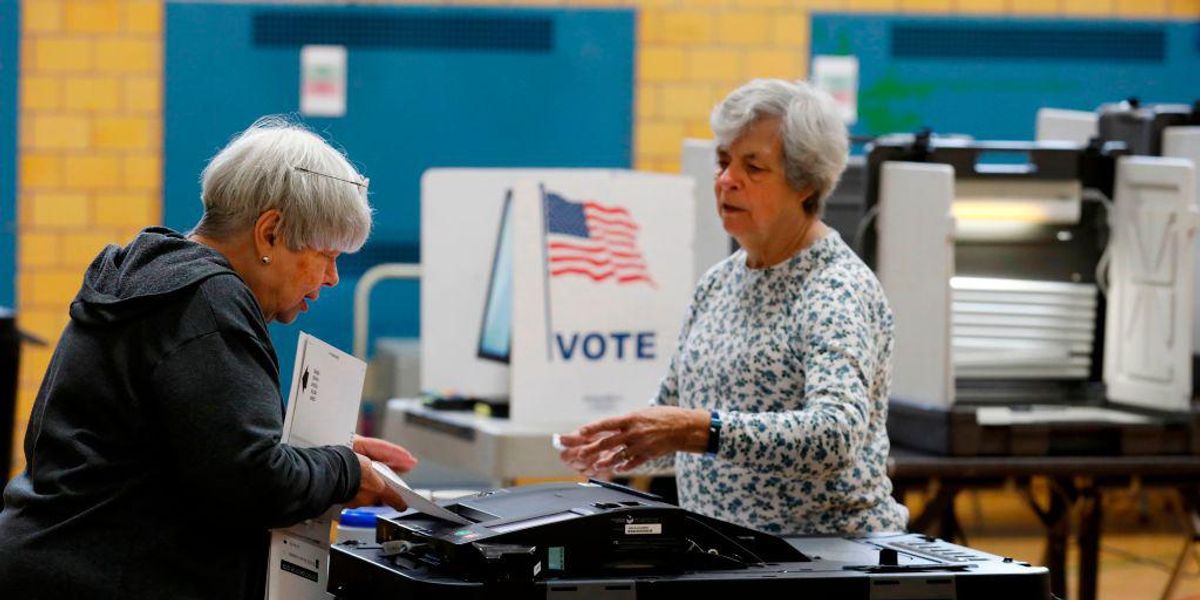 The forensic audit of Dominion Voting Systems machines in Antrim County, Michigan, turned out a 68% error rate, indicating that the machines may have been “intentionally designed” to allow for fraud, according to the Trump-linked cyber analysts who inspected it.

The report, which if true raises further suspicions regarding the 2020 election, was immediately disputed by state officials and Dominion representatives.

The forensic audit was ordered last week by Judge Kevin Elsenheimer of the 13th Circuit Court after a county resident, William Bailey, requested it in a lawsuit challenging the integrity of the 2020 election results. Bailey’s lawsuit contested the outcome of a local proposal to allow a marijuana dispensary in town. However, the audit’s results were also pertinent to the presidential election, especially considering it was in Antrim County where 6,000 votes had been incorrectly switched from President Donald Trump to Democratic challenger Joe Biden in early vote tabulation, before being corrected.

The audit was conducted by Allied Security Operations Group, a cyber firm co-founded by Russell Ramsland Jr. who has been cited as expert testimony in several of the battleground state lawsuits filed by Trump’s legal team. The audit was reportedly conducted in the presence of several county officials.

What does the report say?

In the newly released report, Ramsland concluded that “the Dominion Voting System is intentionally and purposefully designed with inherent errors to create systemic fraud and influence election results.”

“The allowable election error rate established by the Federal Election Commission guidelines is of 1 in 250,000 ballots (.0008%). We observed an error rate of 68.05%. This demonstrated a significant and fatal error in security and election integrity,” he stated in the report. “The results of the Antrim County 2020 election are not certifiable. This is a result of machine and/or software error, not human error.”

Antrim County officials originally blamed the vote-flipping on a system glitch before later assessing that a Republican election official failed to update the system before the vote tabulation.

“It is critical to understand that the Dominion system classifies ballots into two categories, 1) normal ballots and 2) adjudicated ballots,” he continued. “Ballots sent to adjudication can be altered by administrators, and adjudication files can be moved between different Results Tally and Reporting (RTR) terminals with no audit trail of which administrator actually adjudicates (i.e. votes) the ballot batch. This demonstrated a significant and fatal error in security and election integrity because it provides no meaningful observation of the adjudication process or audit trail of which administrator actually adjudicated the ballots.

“A staggering number of votes required adjudication. This was a 2020 issue not seen in previous election cycles still stored on the server. This is caused by intentional errors in the system. The intentional errors lead to bulk adjudication of ballots with no oversight, no transparency or audit trail,” the report stated. “Our examination of the server logs indicates that this high error rate was incongruent with patterns from previous years. The statement attributing these issues to human error is not consistent with the forensic evaluation, which points more correctly to systemic machine and/or software errors. The systemic errors are intentionally designed to create errors in order to push a high volume of ballots to bulk adjudication.”

Videos posted to YouTube by election officials in Coffee County, Georgia, recently purported to show how ballots can be switched or filled out in the Dominion system after they are sent to adjudication.

Matthew DePerno, the attorney representing Bailey, went into further detail about how he believes the machines were designed to create fraud during an interview with reporter John Solomon.

“We found that the Dominion Voting Systems is designed intentionally to create inherent and systemic voting errors. What I mean by that is when you run a ballot through the machine, even if it’s a blank ballot, it will have a 68% chance of creating an error,” DePerno told Solomon. “When you create an error, this machine does not reject the ballot. What it does instead is send it to a folder and that folder will then accumulate the ballots until the time that someone decides that they need those ballots. And then those ballots will be bulk adjudicated by someone. Could be offsite, could be onsite somewhere sitting at a computer. And, without any oversight, they can click one button, lope the entire batch of ballots to one candidate and then send them back to the tabulator.”

What has been the response?

In a news release, Michigan officials decried the report as “another in a long stream of misguided, vague and dubious assertions designed to erode public confidence in the November presidential election.”

“Let’s be clear: Michigan’s Nov. 3 general election was the most secure in our state’s history,” Secretary of State Jocelyn Benson said in response to the report. “There continues to be no evidence of widespread fraud, as affirmed by state and federal agencies including Attorney General William Barr, the Federal Bureau of Investigation, and the Cybersecurity and Infrastructure Security Agency.”

“If the Trump campaign had any actual evidence of wrongdoing — or genuine suspicion thereof — they could have requested a hand recount of every ballot in the state. They did not, instead choosing to allow shadowy organizations claiming expertise to throw around baseless claims of fraud in an effort to mislead American voters and undermine the integrity of the election. Their actions are a corruption of the courts and the rule of law, as the release of today’s report clearly demonstrates,” she continued, later calling into question Allied Security Operations Group’s credentials.

Dominion representatives have also maintained that the allegations in the report are incorrect.

A spokesperson for the company, Michael Steel, told Fox News in November that switching votes from one candidate to another on the machines was “physically impossible.” He added that “if any electronic interference had taken place, the tally reported electronically would not match the printed ballots.”

In a Wall Street Journal op-ed, Dominion CEO John Poulos wrote: “There is no secret ‘vote flipping’ algorithm. Third-party test labs, chosen by the bipartisan Election Assistance Commission and accredited by a program of the National Institute of Standards and Technology, perform complete source-code reviews on every federally certified tabulation system. States replicate this process for their own certifications. Post-election canvassing and auditing also exist to provide additional assurance of the vote totals’ accuracy.” 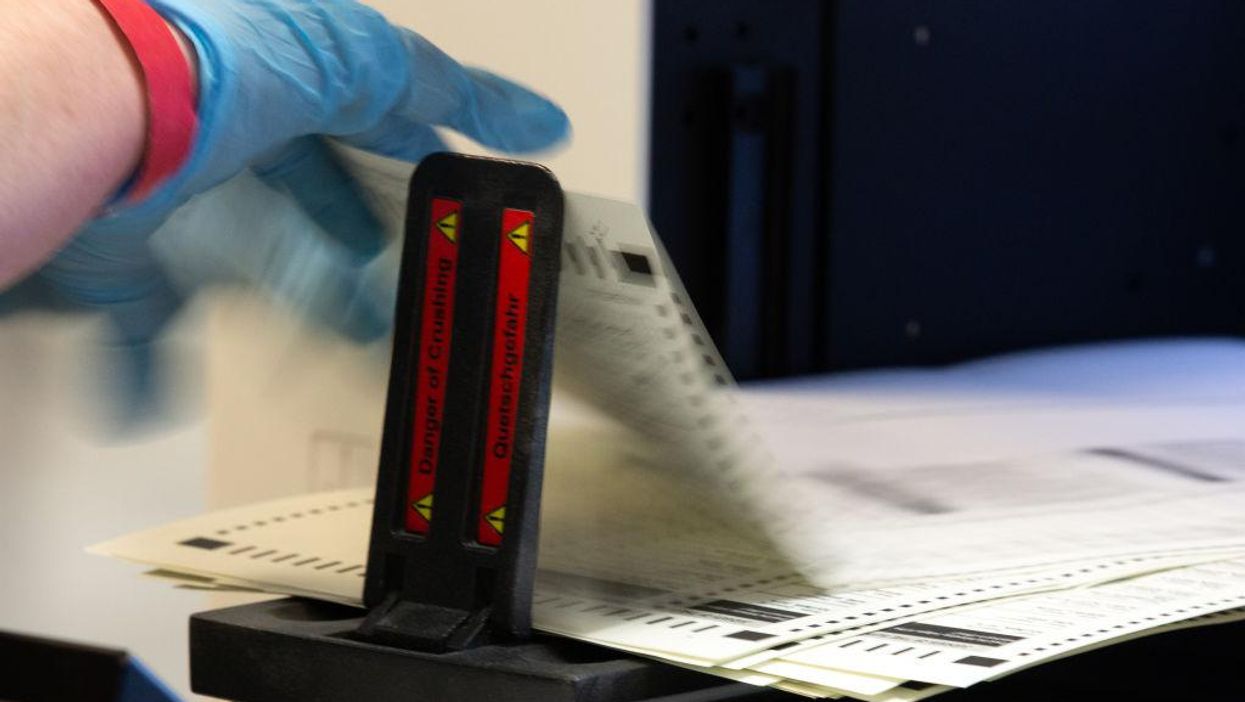 Republican Arizona state Sen. Eddie Farnsworth said on Monday that he would issue subpoenas to forensically audit the Dominion Voting Systems machines used in Maricopa County during the 2020 election.

According to KJZZ-TV, Farnsworth argued that enough questions have been raised about the accuracy and security of the machines to justify the action, especially since Democratic candidate Joe Biden only narrowly defeated President Donald Trump by roughly 11,000 votes in the state.

The lawmaker’s announcement followed more than six hours of testimony on Monday in the Arizona Senate Judiciary Committee, of which Farnsworth is the chairman. During the hearing, Republican state senators grilled Maricopa County elections director Scott Jarrett over the reliability of the results.

The move came even as electors across the country, including those from Arizona, cast their votes for Biden, making him the president-elect.

“There is evidence of tampering, there is evidence of fraud,” Farnsworth said in announcing the action, according to the Arizona Mirror, adding that a forensic audit could help restore confidence that the election was fair and legal.

He argued the audit is a necessary action to address concerns “and try and see if we can reinsert some confidence in our election process.”

“We hold an audit and we see what the outcome is,” he said. “And then we can put this to rest.”

Farnsworth also said he got the impression from county officials that the very notion of fraud was something they were not interested in considering.

“I do have a concern that the county is taking the position that it just can’t happen,” he said. “There is a litany of white-collar crimes, digital crimes in the history of this country and this world of some very sophisticated people and the victims didn’t recognize it until some future time. I think it’s really, really dangerous for us to say, ‘It can’t happen.'”

A similar forensic audit of Dominion machines was conducted last week by Trump allies in Antrim County, Michigan — where 6,000 votes had been incorrectly flipped from Trump to Biden before the error was caught and corrected.

On Monday, a judge ordered that the results of the audit be released. In the report, Russell Ramsland of Allied Security Operations Group, the cyber firm that conducted the audit under supervision by county officials, claimed the equipment “is intentionally and purposefully designed with inherent errors to create systemic fraud and influence election results.”

That conclusion has been disputed by state and company officials. 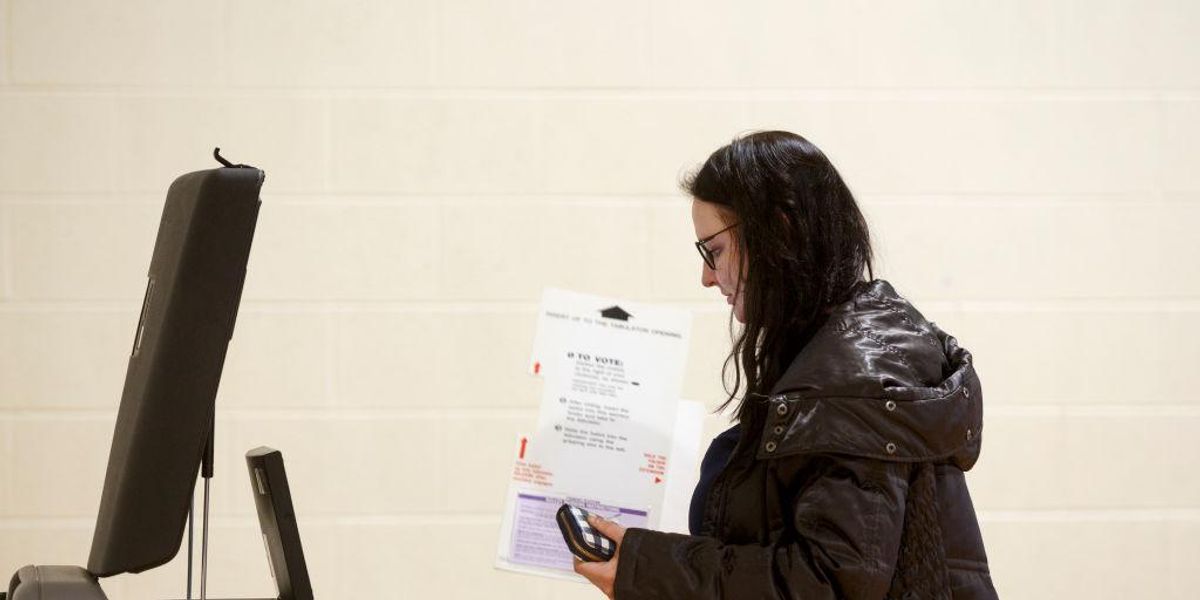 A federal judge has ordered that a forensic inspection of Dominion voting machines can take place in Antrim County, Michigan, where 6,000 votes had been incorrectly flipped from President Trump to Democratic nominee Joe Biden in the early tabulation of votes, before being corrected.

The ruling, however, makes no mention of the presidential election. Rather, Judge Kevin Elsenheimer’s order is in response to a lawsuit filed by plaintiff William Bailey, a local resident who is challenging the results of a proposal to allow a marijuana retailer in his village. The proposal initially failed before passing during re-tabulation, a change which Bailey alleges didn’t count three damaged ballots, according to MLive.com.

Nevertheless, President Trump’s legal team indicated they are the ones who have been granted access to inspect the voting machines.

“The big news coming out of Antrim County, Michigan, this morning … is that a judge actually granted our team access to 22 of the Dominion voting machines for us to conduct a forensic audit,” Trump attorney Jenna Ellis told Fox News Sunday morning.

“So our team is going to be able to go in there this morning and we’ll be there for about eight hours to conduct that forensic examination and we’ll have the results in about 48 hours and that will tell us a lot about these machines,” she added.

The error, which incorrectly awarded 6,000 votes to Biden which had actually gone for Trump, was originally described as a technical malfunction with the counting equipment. However, Michigan Secretary of State Jocelyn Benson later clarified that the error was a result of a Republican clerk “accidentally [not updating] the software used to collect voting machine data and report unofficial results.” She suggested that the “human error” would have have been detected during a county canvass anyway.

It was not immediately clear why Ellis suggested it was Trump’s team that would be conducting the inspection, but it likely had to do with the presence of members of Allied Security Operations Group during the audit. ASOG, a group affiliated with Trump’s legal team, was responsible for producing a report used as evidence in Bailey’s lawsuit.

According to the Detroit Free Press, Antrim County announced on Saturday that ASOG technicians would conduct the audit in the presence of county clerk Sheryl Guy, county administrator Pete Garwood, county attorney Haider Kazim, three county commissioners, a county IT technician, and a member of the sheriff’s department.