Throughout U.S. history, there have always been droughts in the western half of the country from time to time, but what we are dealing with now is truly alarming.  Scientists tell us that a multi-year “megadrought” has developed in the southwestern portion of the country, and this is the worst year of that “megadrought” so far by a wide margin.

If conditions do not radically improve soon, we are going to have a major agricultural disaster on our hands.  Some farmers have already decided not to plant crops at all this year, but many others have decided to plant anyway knowing that if enough rain doesn’t come their crops will certainly fail.

As I have discussed previously, the epicenter of this “megadrought” is the Four Corners region in the Southwest, but this drought is so immense it is even causing immense nightmares for farmers as far away as North Dakota.

In fact, the first few months of this year were the driest that North Dakota has seen in 126 years…

The period of January to March 2021 was the driest in 126 years for North Dakota. Farmers are starting to make difficult decisions on planting and culling herds as the governor of the state declared a statewide drought disaster on April 8. Soil moistures across the state, particularly in western portions of North Dakota, are lacking sufficient moisture to sustain normal crop development growth. The first eight days of April 2021 offered little help as hot, summer-like temperatures, gusty winds, and low humidity across the state accelerated drying conditions.

According to the U.S. Drought Monitor, well over half the state is now experiencing “severe drought”.

Perhaps you don’t care about what is happening in North Dakota, but you should, because much of the wheat that we use for pasta and flour comes from that region…

Things are dry and dusty in the Upper Midwest, the Northern Plains states and the Prairie provinces of Canada.

This region, spanning states such as North Dakota and provinces such as Manitoba, is the most important one for spring wheat, the higher-gluten variety that’s used for pasta or mixed with other wheat for all-purpose flour. And that crop is at significant risk, because conditions in the region are pretty dire this year.

In a previous article, I discussed the dramatic rise in food prices that we have been witnessing lately, and now drought fears are pushing futures prices for spring wheat quite a bit higher…

The US Drought Monitor shows around 70 percent of North Dakota in “extreme drought” conditions, with most of the rest in the slightly less scary “severe drought” rating. As a result, the futures prices of both spring wheat and canola are at their highest in years, with traders expecting a lower harvest this year.

Despite all of our advanced technology, farmers can’t grow crops if it doesn’t rain, and a farmer in Texas named Blake Fennell says that his farm has not had any significant rain in almost two years…

“We’ve still got to give that crop every chance we think we can get, but at the same time, we also can’t waste a lot of money on a crop that we don’t think we’re going to have going into it,” he says.

Right now, nearly the entire state of Texas is in some level of drought, and we haven’t even gotten to the summer months yet.

To call this a “plague” would be a major understatement.  On the border of Oregon and California, farmers just learned that water levels are so low that they will only get “a tiny fraction of the water they need” in 2021…

Hundreds of farmers who rely on a massive irrigation project that spans the Oregon-California border learned Wednesday they will get a tiny fraction of the water they need amid the worst drought in decades, as federal regulators attempt to balance the needs of agriculture against federally threatened and endangered fish species that are central to the heritage of several tribes.

Oregon’s governor said the prolonged drought in the region has the “full attention of our offices,” and she is working with congressional delegates, the White House and federal agencies to find relief for those affected.

Do you think that you could run a successful farm under such conditions?

Elsewhere in California, water allocation reductions of up to 95 percent are forcing many farmers to make some exceedingly heartbreaking decisions…

Drought conditions are already forcing Valley farmers to make difficult decisions when it comes to their crops as many are facing severe water restrictions.

“There’s districts throughout California that have experienced up to 95% reductions in water,” says Fresno County Farm Bureau CEO Ryan Jacobsen.

U.S. food production will be down in 2021, but if sufficient rain starts falling in the western U.S. we could still see a miracle.

But if enough rain does not fall, we are going to see epic crop failures.

Meanwhile, it is being projected that the drought will cause the water level in Lake Mead to soon fall to the lowest level ever recorded…

Wracked by drought, climate change and overuse, a key reservoir on the Colorado River could sink to historically low levels later this year, new US government projections show, potentially triggering significant water cutbacks in some states as early as next year.

The projections released by the US Bureau of Reclamation show that Lake Mead — the largest reservoir in the country and a vital water supply to millions across the Southwest — could fall later this year to its lowest levels since it was filled in the 1930s.

If you live anywhere in the western half of the country, you should brace yourself for severe water restrictions.

And all of us need to brace ourselves for much higher prices at the grocery store.

For decades, the western half of the country was blessed with unusually high levels of rainfall, but that wasn’t going to last forever.

Now Dust Bowl conditions have returned, and farmers, ranchers and local authorities are starting to panic.

As this megadrought continues to intensify, life is going to dramatically change in the western half of the nation, and that is going to deeply affect all of us.

About the Author: My name is Michael Snyder and my brand new book entitled “Lost Prophecies Of The Future Of America” is now available on Amazon.com.  In addition to my new book, I have written four others that are available on Amazon.com including The Beginning Of The End, Get Prepared Now, and Living A Life That Really Matters. (#CommissionsEarned)  By purchasing the books you help to support the work that my wife and I are doing, and by giving it to others you help to multiply the impact that we are having on people all over the globe.  I have published thousands of articles on The Economic Collapse Blog, End Of The American Dream, and The Most Important News, and the articles that I publish on those sites are republished on dozens of other prominent websites all over the globe.  I always freely and happily allow others to republish my articles on their own websites, but I also ask that they include this “About the Author” section with each article.  The material contained in this article is for general information purposes only, and readers should consult licensed professionals before making any legal, business, financial, or health decisions.  I encourage you to follow me on social media on Facebook, Twitter, and Parler, and any way that you can share these articles with others is a great help.  During these very challenging times, people will need hope more than ever before, and it is our goal to share the gospel of Jesus Christ with as many people as we possibly can.

The post Farmers Warn That The Megadrought In The Western U.S. Threatens To Cause Devastating Crop Failures In 2021 first appeared on SHTF Plan – When It Hits The Fan, Don’t Say We Didn’t Warn You. 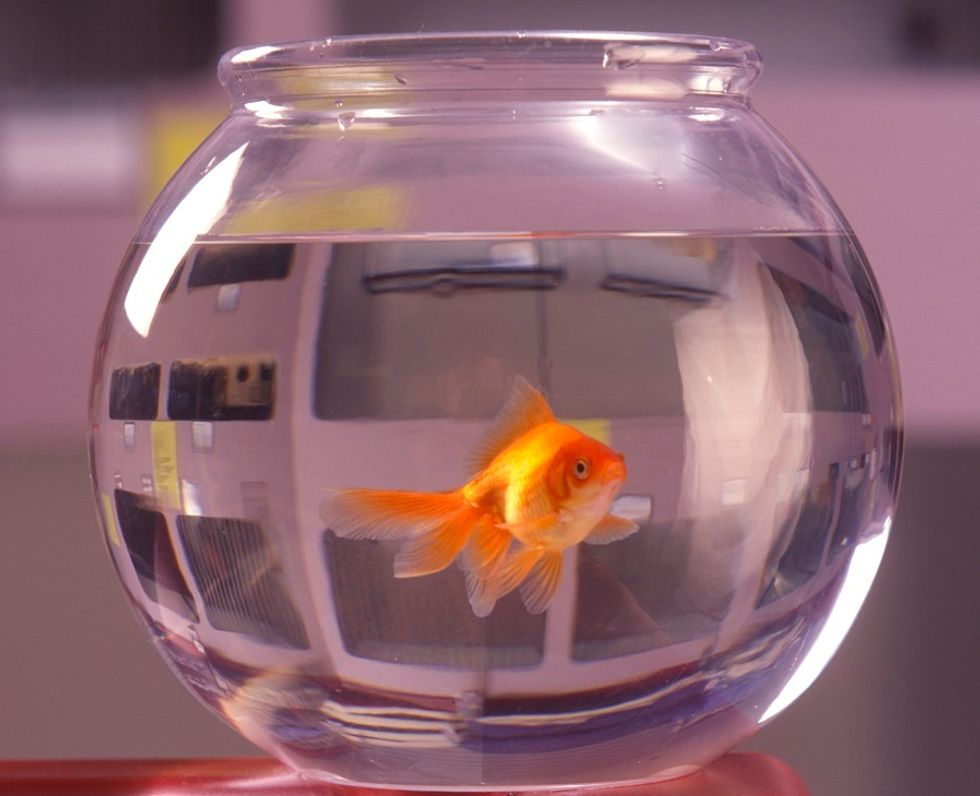 The National Police in Spain have made an example of a man who tried to circumvent the country’s strict lockdown orders during the coronavirus pandemic by “walking” his pet fish in order to get out of the house.

Under Spain’s extreme stay-at-home orders, residents are not allowed to take a walk or jog alone, but pet owners may take their animals for a “brief stroll,” according to Fox News.

KBTX-TV reported that on Thursday, the national police posted a photo on their official Twitter account showing that they had issued a citation for a man who was caught “walking” his pet fish, in a warning to others who might be tempted to use the tactic.

In other attempts to get some fresh air without punishment, citizens have been busted walking turtles and even stuffed animals to get around the ongoing ban against going outside.

Spain has been hit hard by COVID-19. With a death toll of more than 21,000 and over 208,000 infections, the country has the second-highest fatalities from the virus in Europe.

CBC reported this week that the nation will soon allow children to go outdoors “on short walks” after more nearly six weeks of banning kids from leaving their homes. The outlet noted that “the government bowed to pressure — including pot-banging protests on balconies — and said those under 14 would be able to take short walks outside under supervision.”