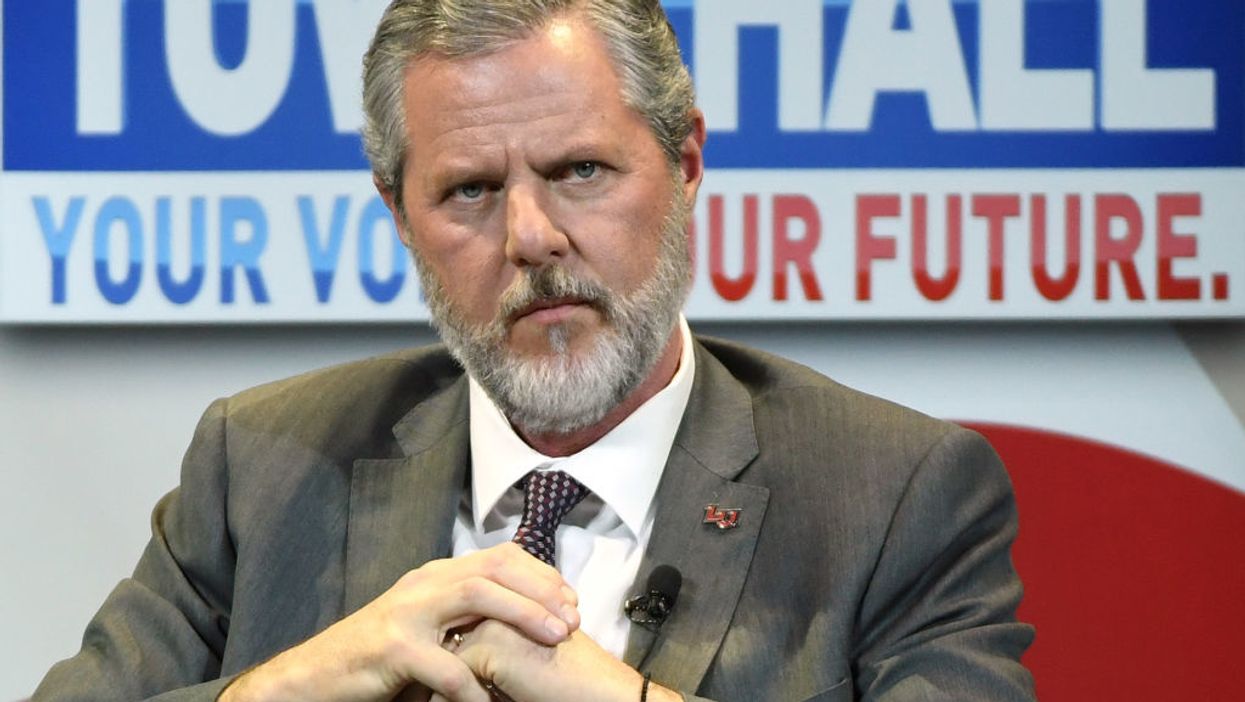 Jerry Falwell Jr. has sued Liberty University for defamation and breach of contract, arguing the prominent evangelical institution where he used to serve as president needlessly injured and damaged his reputation through a series of public statements after forcing him to resign.

In the complaint filed Wednesday in the Virginia Circuit Court in Lynchburg, Falwell also claims that university officials accepted what Falwell alleges are false claims about his involvement in an extramarital affair between his wife and a former business partner without investigating the matter.

“When Mr. Falwell and his family became the targets of a malicious smear campaign incited by anti-evangelical forces, Liberty University not only accepted the salacious and baseless accusations against the Falwells at face value, but directly participated in the defamation,” the lawsuit says, according to the Associated Press. “This action seeks redress for the damage Liberty has caused to the reputation of Mr. Falwell and his family.”

The AP reported that the lawsuit even alleges that “Liberty’s actions are antithetical to the teachings of Christ.”

“We attempted to meet several times with the Liberty University Board of Trustees Executive Committee but were unsuccessful in doing so. Thus, we were forced to seek remedy for Mr. Falwell’s ongoing injuries and damage to his reputation through the Court,” Falwell’s attorney, Robert Raskopf of Quinn Emanuel, added in a news release.

Falwell added in the news release: “Other than God and my family, there is nothing in the world I love more than Liberty University. I am saddened that University officials, with whom I have shared so much success and enjoyed such positive relationships, jumped to conclusions about the claims made against my character, failed to properly investigate them, and then damaged my reputation following my forced resignation.”

Liberty spokesman Scott Lamb told the AP that the school would formally respond to the matter after reviewing the complaint.

Falwell stepped down from his university post in August after former pool attendant turned Falwell business partner, Giancarlo Granda, went public with allegations of an affair with the former president’s wife, Becki Falwell. Granda claimed that he engaged in regular sexual encounters with her over the course of several years — and that Falwell would often look on.

Falwell admitted the affair happened but has denied any personal involvement in the matter. He also accused Granda of attempting to extort him for years prior to the public accusation.

Pressure had been mounting for Falwell to resign even before the allegations, however. He agreed to take an indefinite leave of absence in early August after making headlines for a since-deleted Instagram post showing Falwell with his arm around his wife’s assistant as both of them displayed their pants partially unzipped.

Falwell captioned the post, writing, “More vacation shots. Lots of good friends visited us on the yacht. I promise that’s just black water in my glass. It was a prop only.”

Shortly after Falwell’s departure later that month, the university announced it was opening an independent probe into his tenure as president.