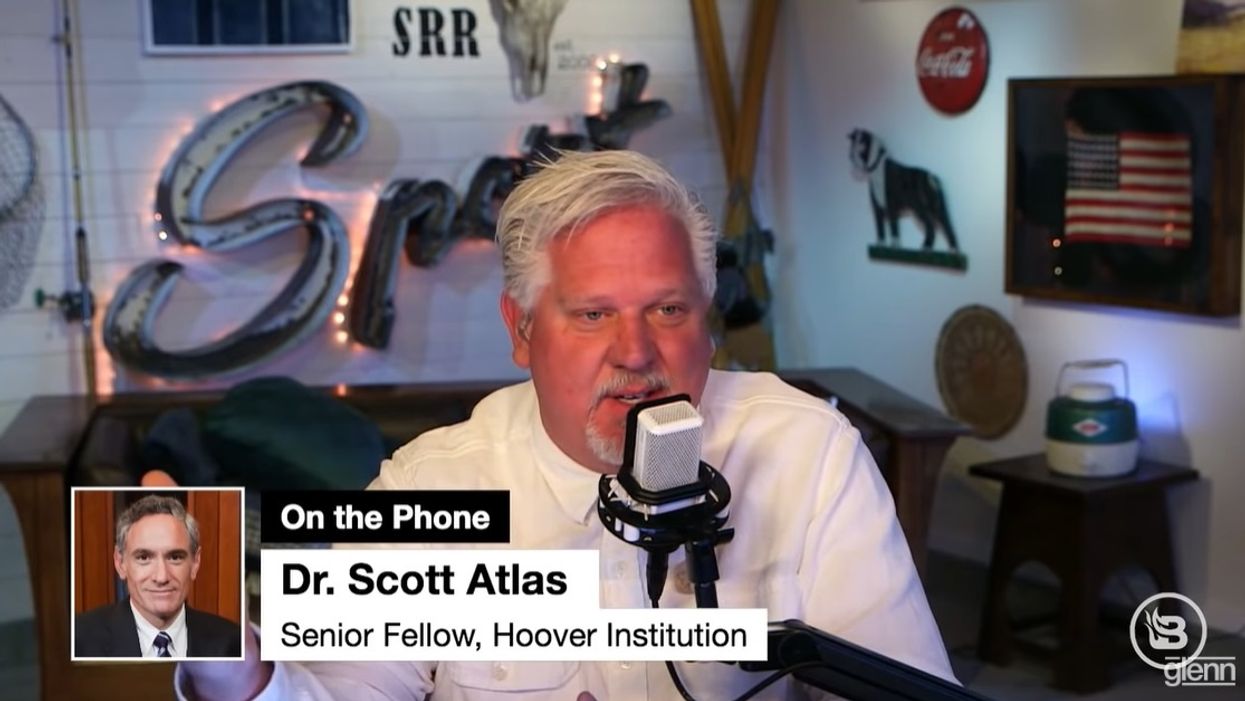 Dr. Scott Atlas, Hoover Institution Senior Fellow and former chief of Neuroradiology at Stanford University Medical Center, joined Glenn Beck on the radio program Monday to cut through the confusion and politics clouding our understanding of COVID-19 and to give the facts about the so-called second wave of this pandemic.

“I think everything should be done by looking at the data, instead of just models, or even just allowing fear to go into the exchange. So if we look at the data, we see there’s no question that [COVID-19] cases are increasing in many states. And that’s to be expected, for a few reasons,” Atlas said.

Atlas noted that the overwhelming majority of people getting COVID-19 in this “second wave” are younger, healthier people who are not at significant risk, according to “evidence from all over the world, including the United States.”

“The overwhelming majority of people recover fully from the infection, so that’s not really the issue. In fact, the issue is only two-fold,” he said. “We need to protect the elderly high-risk people, particularly in nursing homes … and prevent hospitals from being overcrowded. This is the point of the policy. The policy was never to stop
all cases of COVID.”

Dr. Atlas argued that political policies need to focus on protecting the most vulnerable without destroying the lives of those with extremely low risk.

“Frankly, one of the most egregious failures of the policy people is, not just allow[ing] fear to infiltrate their own thinking and do lockdowns, which are
severely harmful,” he emphasized. “But secondly, they have failed to reassure the public about the facts, and about the relative risk here. It’s a very serious dangerous disease — for a group of people. And we know who those people are. They are high-risk, elderly people with comorbidities. Everyone else, it’s not a high-risk disease.”

Glenn asked Dr. Atlas to weigh in on whether or not schools should be opened in the fall.

“This is a slam-dunk issue,” he answered. “There is zero science to back up claims that the schools should be closed or even opened with any constraints whatsoever.”

Watch the video clip below for more details: