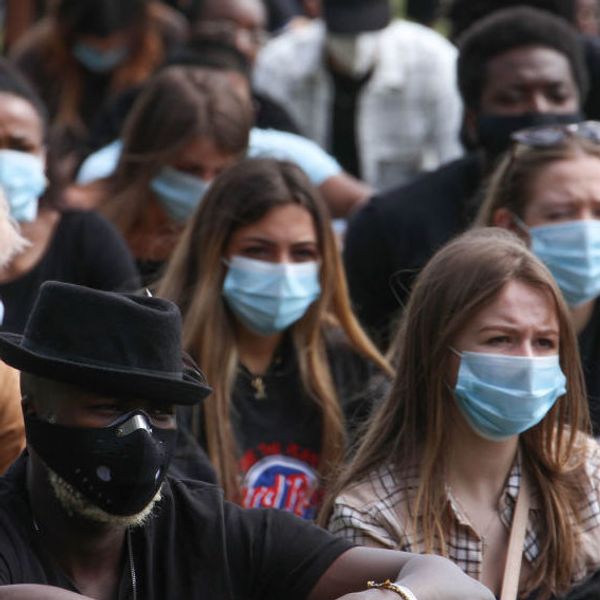 As millions of Americans wear face coverings to protect themselves and others from the spread of COVID-19, law enforcement agencies have been confronted with the additional challenge of identifying masked individuals during investigations.

“There’s a reason criminals wear masks,” Tim Miller, a former Secret Service agent who now works in security consulting, told WPEC-TV in May. “[An] investigation is hindered right away because the face is something witnesses will identify quickly.”

The outlet was reporting on the trend of police agencies taking to social media to seek help from the public in identifying masked thieves and assailants. That same concern exists for law enforcement seeking to identify the criminal rioters taking advantage of protests across the country in recent weeks.

In a recent preliminary study, the National Institutes of Science and Technology found that existing facial recognition systems are thwarted by pandemic masks as frequently as 50% of the time.

NIST has reportedly been working alongside the U.S. Customs and Border Enforcement and the Department of Homeland Security’s science division to study the problem.

Researchers from NIST found that face masks are causing facial recognition algorithms to fail as frequently as 50%… https://t.co/1BmwJL5ocZ

In this most recent study, NIST tested existing software by digitally drawing masks onto faces in a database of border crossing photos before comparing those photos against another database of unmasked people seeking visas.

They tested 89 algorithms supplied by tech firms and academic labs by scanning 6.2 million images of about 1 million people.

As a point of comparison, the agency said that competent systems under ideal conditions turn out failure rates of only 0.3%. But when confronted with masks, “many otherwise competent algorithms failed between 20% to 50% of the time.”

The preliminary study only tested facial recognition systems that were created prior to the pandemic, so the hope is that further study into newly developed technologies will produce better results.

One company that has improved such a technology since the start of the pandemic is Apple, which updated its Face ID technology to allow users to more easily unlock their phone’s home screen with a mask on.

There’s another side to things

Wearing a face mask to frustrate facial recognition systems is not necessarily something only beneficial to criminals, however. Individuals seeking privacy from surveillance state tactics may find news that masks protect one’s identity a positive development.

For example, the Associated Press notes that even before the pandemic mask-wearing had “become a hallmark of protesters in Hong Kong, even at peaceful marches, to protect against tear gas and amid fears of retribution if they were publicly identified.”

As a part of the communist government’s crackdown on pro-democracy protests in the city, a ban on masks was implemented.