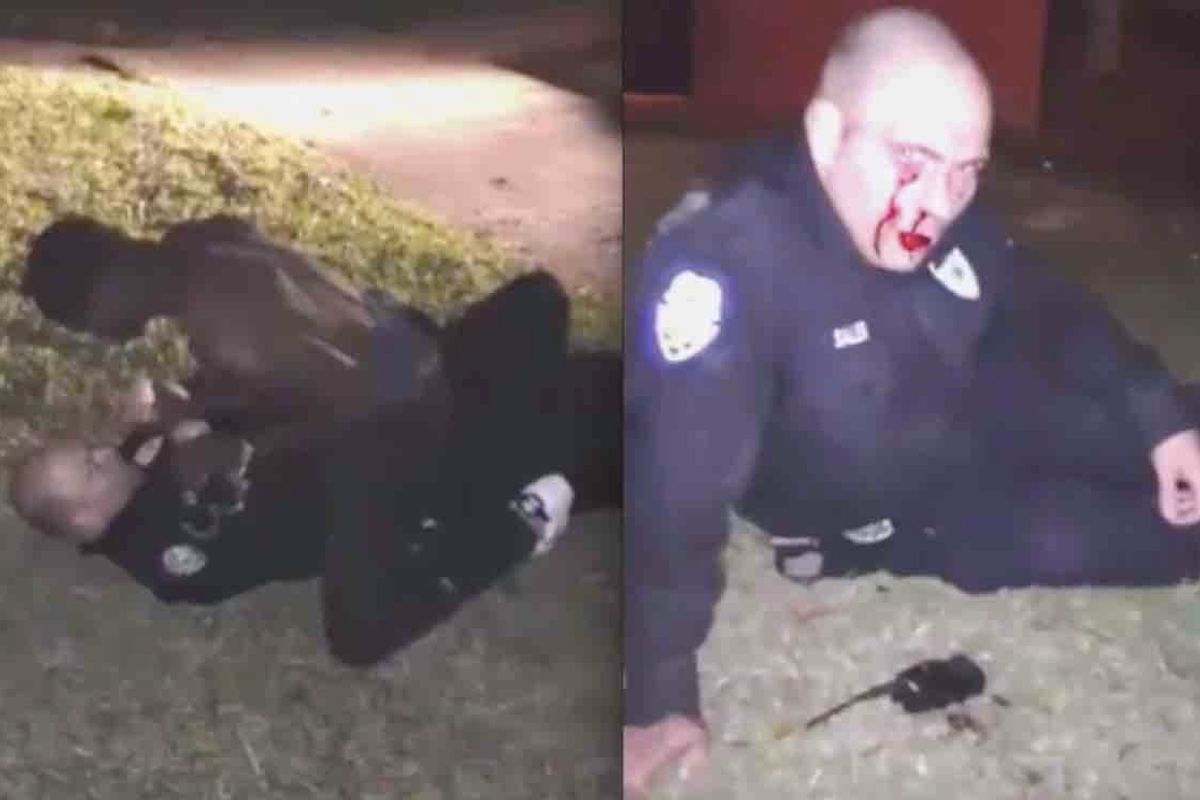 A North Carolina police officer was airlifted to a hospital early Saturday morning after he was beaten while trying to make an arrest — and the attack was livestreamed on Facebook, left his face bloody, and featured laughing onlookers.

Rowland Officer Michael Sale, 27, responded to a disturbance call and was beaten while trying to arrest a man, Chief Hubert B. Graham
told WPDE-TV. 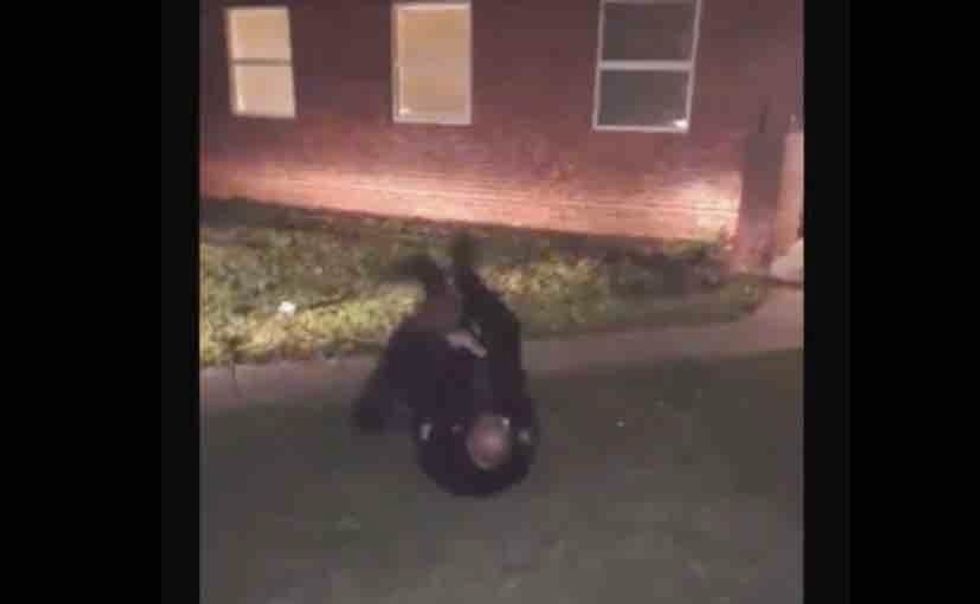 A bystander recorded the attack on cellphone, and it went live on Facebook, the station said, adding that the video gained dozens of shares. The video lasted 11 minutes,
WPDE reported in an earlier story.

The station said the officer asked a man for assistance, but the man refused. Several people came outside, and some urged others to help, WPDE noted. The officer was repeatedly punched in the face. 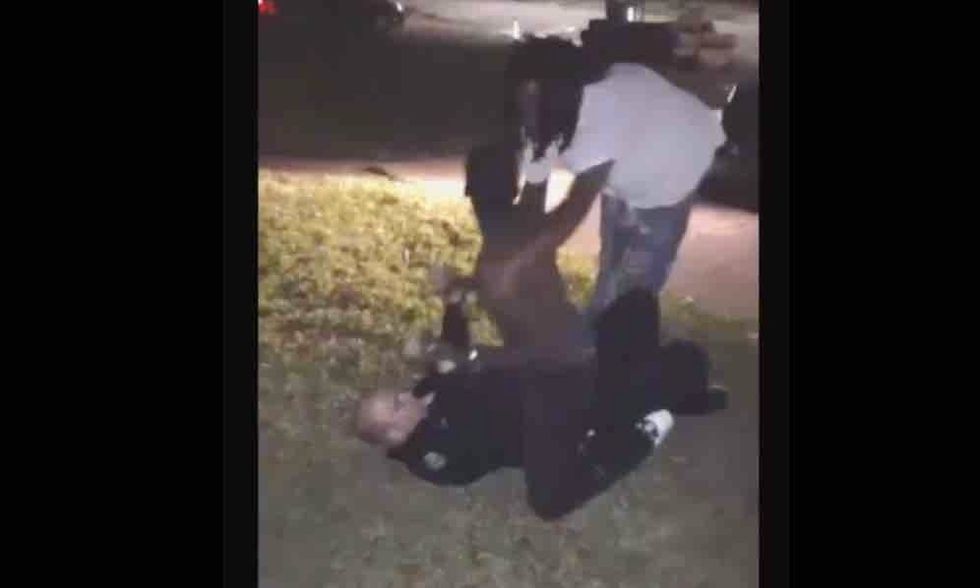 After the man lets go, the beating continues. “Don’t you let that man take you to f***in’ jail!” the same man is heard saying to the attacker.

The following are several clips of the attack. (Content warning: Language):

This is video from the attack on the officer in North Carolina that left him bloodied and beaten. People on the str… https://t.co/MXjOliIvno

Pt. 2 of the attack on the officer in North Carolina https://t.co/tjadfg2eo5

What happened after help arrived?

Graham told WPDE that there was concern Officer Sale broke a bone around his eye, so he was airlifted to a hospital. He has since been discharged and is recovering at home with his family, the station said in a follow-up story.

Authorities charged Jamel Alphonso Rogers with assault with a deadly weapon with intentions to kill while inflicting serious injuries, kidnapping, and two counts of resisting a public officer, the station said. 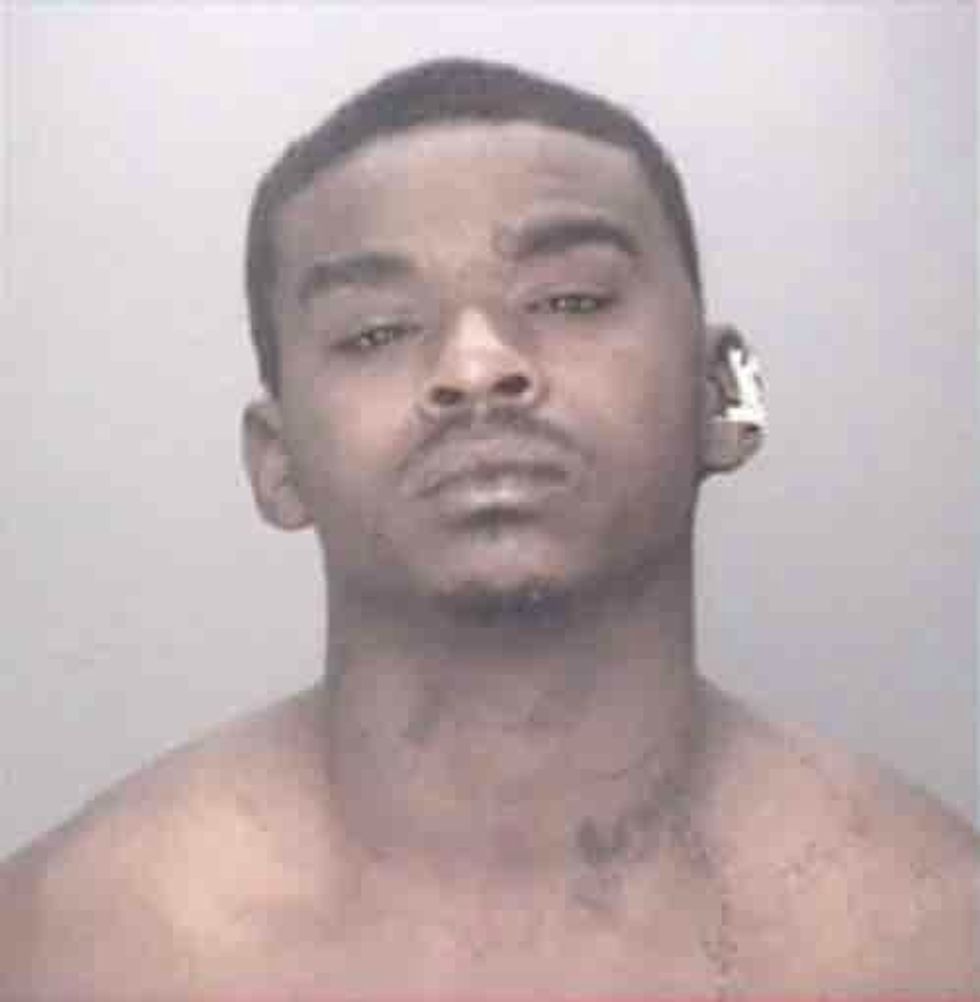 Rogers appeared before a judge Monday and his bond was set at $500,000, WPDE said, adding that he’s being held at Robeson County Detention Center and that it’s unlikely Rogers will make bond.

Graham said Sale was the only officer on duty Friday night, the station said, which is why it took some time for backup to arrive.

“He was working by himself that night,” the chief said in a separate story. “That is being worked on.”

Graham also told WPDE he wishes others had stepped up to help “because they knew the situation the officer was in.”

Robeson County Sheriff Burnis Wilkins shared his thoughts about the attack on
Facebook:

Officer Sale was surrounded by a crowd outside a store last December when he worked for the Maxton Police Department and was violently beaten by one man in the crowd, the station said. As with this weekend’s attack, the incident last year was recorded on cellphone and shared on social media, WPDE said.