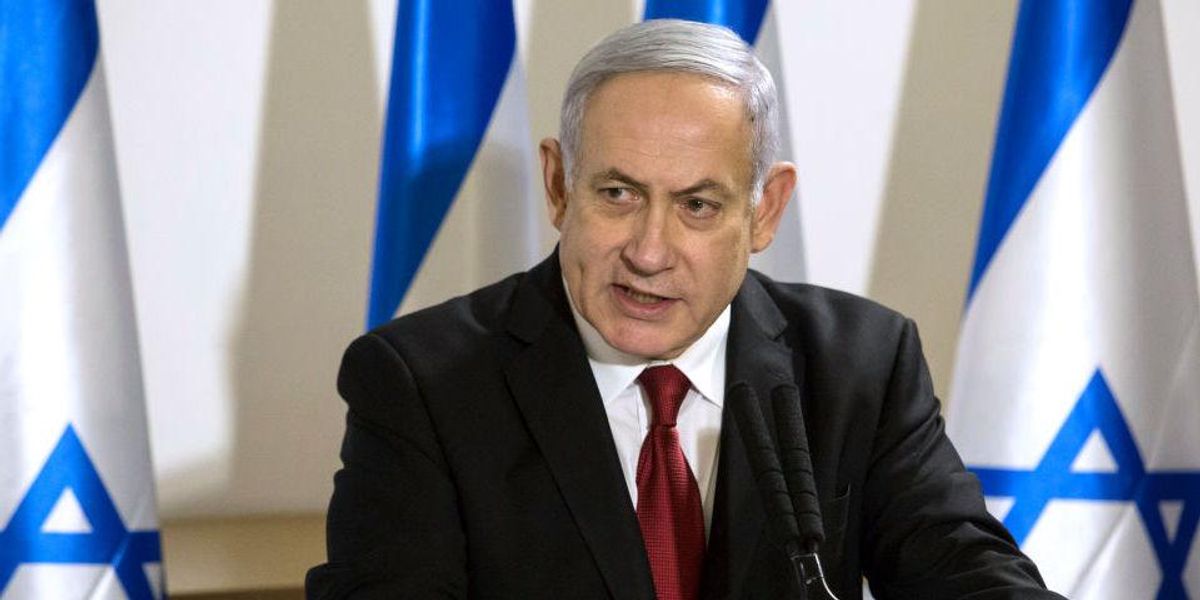 Israeli Prime Minister Benjamin Netanyahu fired back at journalists who claimed over the weekend they were “lucky” to escape a building in Gaza before Israeli Defense Forces destroyed it.

Controversy erupted on Saturday when the IDF struck a high-rise building in Gaza that housed international media, including an Associated Press bureau.

What did Netanyahu say?

Speaking on CBS’ “Face the Nation,” Netanyahu rebuked an AP reporter who claimed journalists were “lucky” to escape their offices before the building was leveled.

Netanyahu said it wasn’t luck. In fact, he explained Israeli officials went to great lengths to warn occupants the airstrike was coming, a fact that was widely reported after the building was targeted.

“The interesting thing is, I would say that, you know, all the journalists, one of the, I think AP journalists said, ‘We were lucky to get out’ No, you weren’t lucky to get out. It wasn’t luck. It’s because we took special pains to call people in those buildings to make sure that the premises were vacated,” Netanyahu explained.

“Look, you have your own experiences, I think, in Mosul, in Fallujah, in Afghanistan. I think you can appreciate the efforts we go through in dense urban fighting when terrorists are targeting civilians who are hiding behind civilians, how difficult that is,” he continued. “We do our best to avoid civilian casualties. And we did that yesterday with that building as well.”


Netanyahu defends strikes on Gaza, says Israel will do “whatever it takes to restore order”

Netanyahu also confirmed that intelligence was shown to American officials proving the building was a legitimate military target.

“So it’s a perfectly legitimate target. And I can tell you that we took every precaution to make sure that there were no civilian injuries. In fact, no deaths, no injuries whatsoever,” he added. “Well, I can’t say injuries, I don’t know if somebody received a fragment of a stone. I don’t know that. But no people were killed.”

What did the AP say?

AP President and CEO Gary Pruitt claimed his organization was unaware that Hamas operated from the same building as his journalists and demanded that Israel show evidence proving its claims.

“AP’s bureau has been in this building for 15 years. We have had no indication Hamas was in the building or active in the building,” he claimed. “This is something we actively check to the best of our ability. We would never knowingly put our journalists at risk.” 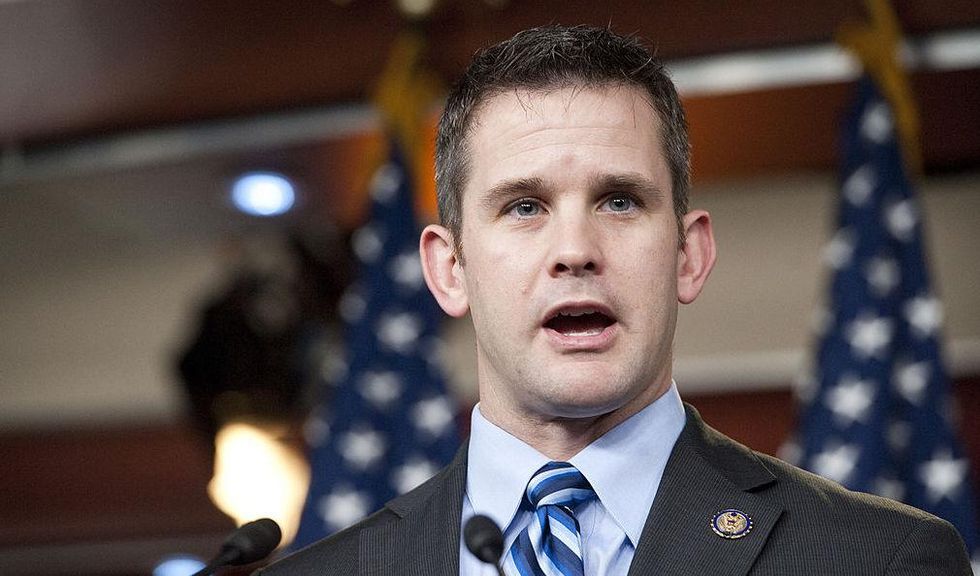 Republican Rep. Adam Kinzinger (Ill.) on Sunday compared the current state of the Republican Party to the Titanic, the British ship that infamously sank in 1912.

Kinzinger is a vocal critic of former President Donald Trump and was one of the few Republicans who called for Trump to be removed from office after the deadly Capitol riot on Jan. 6. Kinzinger later voted to impeach Trump.

Speaking on CBS’ “Face The Nation,” Kinzinger denounced the internal fight over Rep. Liz Cheney, the No. 3 House Republican, who is facing a campaign to be unseated from GOP leadership for criticizing Trump and supporting Trump’s second impeachment.

“Right now, it’s basically the Titanic. We’re like, you know, in the middle of this slow sink. We have a band playing on the deck telling everybody it’s fine. And meanwhile, as I’ve said, you know, Donald Trump’s running around trying to find women’s clothing and get on the first lifeboat,” Kinzger said.

The problem, Kinzinger explained, is the Republican Party has refused “to have an internal look and a full accounting as to what led to Jan. 6.”

“We’re four months after Jan. 6, an insurrection, something that was unthinkable in this country. And the message from the people that want to get rid of Liz Cheney is to say, ‘It’s just time to focus on the future and move on,’ like this was 10 years ago and we’ve been obsessed about it since. It’s been four months,” Kinzinger said.

“And we have so many people, including our leadership in the party, that has not admitted that this is what it is, which was an insurrection led by the president of the United States, well deserving of a full accounting from Republicans,” he continued.

Rep. Adam Kinzinger (R-IL) likens GOP to “Titanic”: “We’re in the middle of this slow sink. We have a band playing… https://t.co/agr5SW1RiF

“It’s incredible,” Kinzinger said. “Liz Cheney is saying exactly what Kevin McCarthy said the day of the insurrection. She’s just consistently been saying it. And a few weeks later, Kevin McCarthy changed to attacking other people.”

Over the weekend, McCarthy officially endorsed Rep. Elise Stefanik (R-N.Y.) to replace Cheney as the chairwoman of the House Republican Conference. McCarthy claimed Cheney must be removed for the sake of party unity.

“We want to be united in looking, moving forward,” he said. 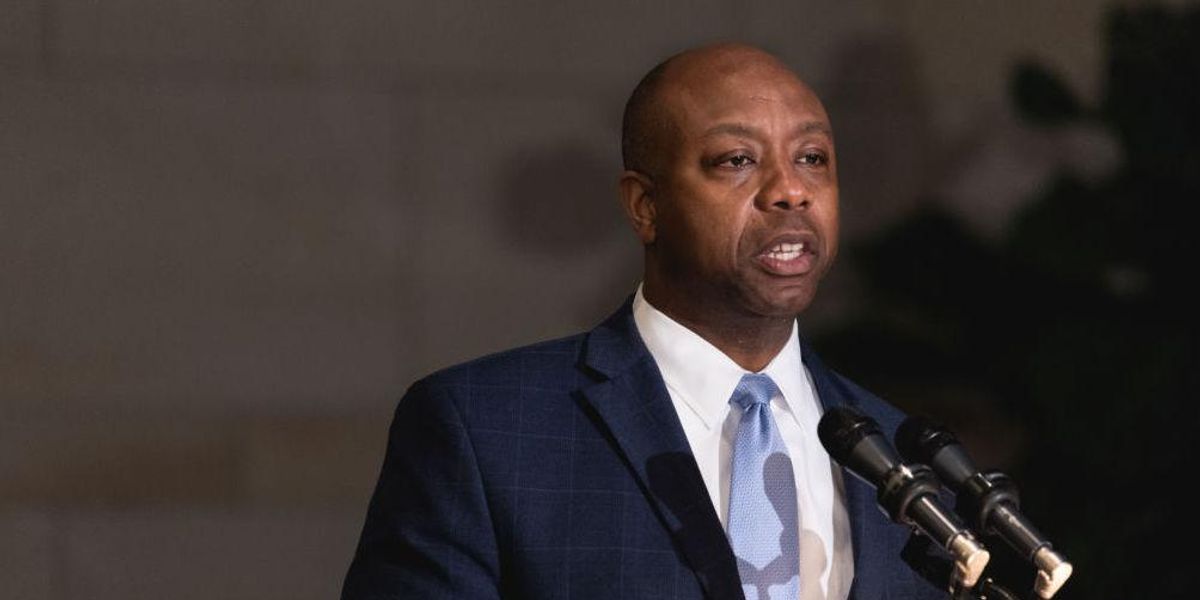 Republican Sen. Tim Scott (S.C.) addressed Sunday the liberal backlash surrounding his declaration that America is “not a racist country,” which resulted in Scott being targeted with racist condemnation.

After Scott absolved America of being inherently racist, liberals called Scott “Uncle Tim,” MSNBC host Tiffany Cross suggested that Scott is a slave of the Republican Party and claimed Harriet Tubman would have “left [Scott] behind],” and a Democratic leader in Texas called Scott an “Oreo.”

Democratic leaders — including President Joe Biden, Vice President Kamala Harris, and House Majority Whip Jim Clyburn (D-S.C.) — made the same declaration about America last week, but they were not subjected to the same racist attacks as Scott.

How did Scott respond?

Speaking on CBS’ “Face the Nation,” Scott denounced the attacks against him — and their posture on this issue more broadly — as “bigotry” and “hypocrisy.”

The Republican senator was explaining that Americans should be exploring how to address the “lingering effect” of slavery, Jim Crow, racism, and discrimination, rather than debating whether America is inherently racist.

“Let me say, thank goodness that finally our president, our vice president and one of the leaders in the Democratic caucus in the House, Jim Clyburn, have all come forward and said exactly what I’ve been saying for a long time. America is not a racist country,” Scott said.

“The question is: Is there a lingering effect after a couple of centuries of racism and discrimination in this nation? The answer is absolutely,” he continued.

“The question we should be debating and fighting over is: How do we resolve those issues going forward? One side says, ‘I’m going to take from some to give to others,'” Scott explained. “Our side, what I’ve suggested, is: Let’s expand opportunity and make sure that we are fully equipped for the challenges of the future.”

Earlier in the interview, Scott explained why he is leading the Republican effort on police reform in the Senate.

The South Carolina Republican said he understands being unfairly targeted by police, but also knows the reality of how police officers serve their communities.

“I personally understand the pain of being stopped 18 times driving while black,” Scott said. “I also have seen the beauty of when officers go door-to-door with me on Christmas morning delivering presents to kids in the most underserved communities.”

“So, I think I bring an equilibrium to the conversation. One of the reasons why I’m hopeful is because in a way, this time my friends on the left aren’t looking for the issue. They’re looking for a solution,” he added.