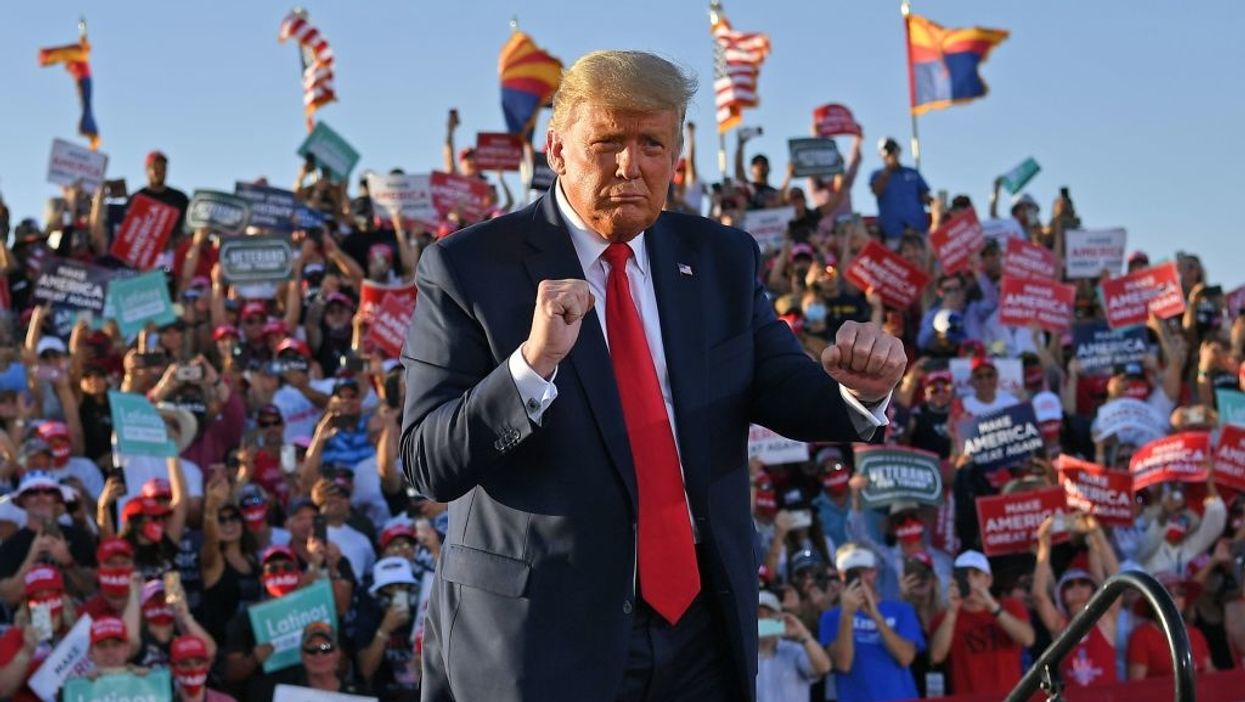 President Donald Trump was accused of admitting to a “quid pro quo” on Monday after a viral tweet grossly misrepresented remarks that Trump made during a campaign stop.

As it turned out, Trump made no such admission.

During a campaign rally in Prescott, Arizona, on Monday, Trump illustrated a quid pro quo while explaining why he doesn’t make fundraising calls to CEOs of major companies.

But if you saw a tweet by Vox journalist Aaron Rupar — which millions of Americans saw, in fact — you may think that Trump was admitting to an actual quid pro quo. That’s because Rupar pulled Trump’s words out of context to make it appear that Trump admitted to engaging in a quid pro quo with Exxon CEO Darren Woods.

Cementing his tweet with the hashtag “#QuidProQuo” — making very clear the allegation he was levying against Trump — Rupar quoted Trump as saying:

The complete misrepresentation of Trump’s words ignited a firestorm on social media, resulting in the president’s detractors to literally accusing him of a felony.

“The conduct described by @realDonaldTrump is a felony and punishable with prison time,” Rep. Ted Lieu (D-Hawaii) said.

The conduct described by @realDonaldTrump is a felony and punishable with prison time.

Rep. Alexandria Ocasio-Cortez (D-N.Y.) joined in the pillaging. “So @exxonmobil & friends, care to tell us the end of this story? Did you coordinate the $25 million?” she said.

So @exxonmobil & friends, care to tell us the end of this story?

Did you coordinate the $25 million? https://t.co/0YI5VhWYzS

As even Washington Post fact-checker Daniel Dale explained, Trump was not, in fact, admitting to a crime.

“Again, the clip that’s circulating has a misleading caption; Trump’s point was that it compromises a president to make personal fundraising calls to big CEOs, so he won’t,” Dale explained. “Once more: A) Trump *does* do lots of high-dollar fundraising, but B) He was clearly not admitting here to corruption or an actual deal with Exxon. Carry on.”

Once more: A) Trump *does* do lots of high-dollar fundraising, but B) He was clearly not admitting here to corrupti… https://t.co/cjttdByJnq

Even Exxon was forced to respond.

“We are aware of the President’s statement regarding a hypothetical call with our CEO…and just so we’re all clear, it never happened,” the company said.

How did Rupar respond?

Rupar eventually deleted his misleading tweet. He claimed that he thought his tweet clearly represented that Trump was discussing a hypothetical, but said he deleted the tweet because “folks are interpreting in a more literal way.”

Deleted this because the quote reads too much like something Trump actually said to Exxon when he was talking about… https://t.co/a2Sn1V0ggb