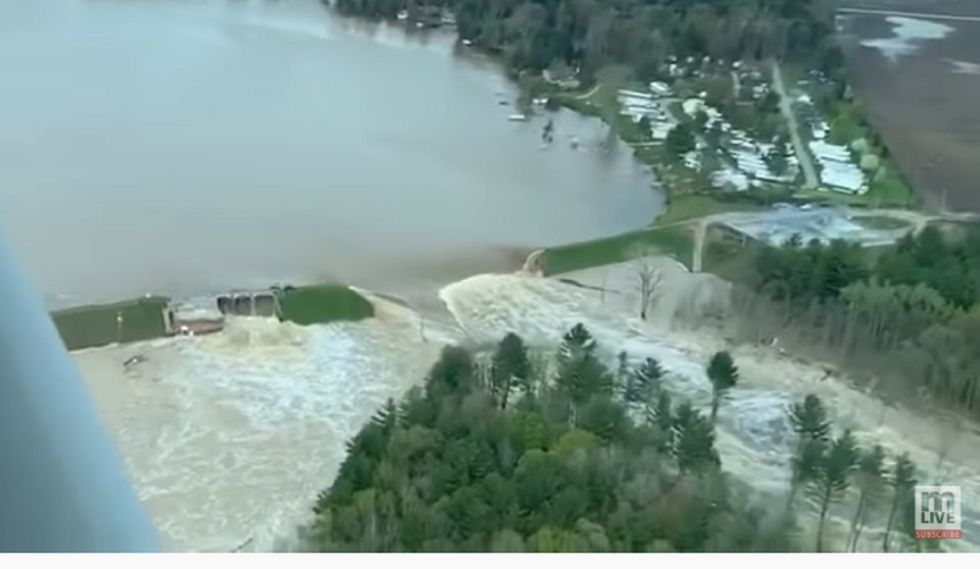 Thousands of people in central Michigan have been urged to flee their homes, after two dams failed following sustained heavy rains in the area.

ABC News reported that “two breached dams caused by several days of rainfall and rising water on Tuesday forced the evacuation of about 10,000 people in mid-Michigan, where the governor said one downtown could be ‘under approximately 9 feet of water’ by morning.”

The Edenville Dam and Sanford Dam—each located in Midland County—both collapsed, leading officials to urge residents to flee their homes and find higher ground, according to Reuters.

Gov. Gretchen Whitmer (D) declared a state of emergency following the breaches, and issued a statement saying, “This is unlike anything we’ve seen in Midland County. If you have a family member or loved one who lives in another part of the state, go there now.”

Whitmer, who has been criticized for her strict lockdown orders during the COVID-19 crisis, added, “To go through this in the midst of a global pandemic is almost unthinkable.”

According to Michigan Advance, Whitmer “asks everyone going to shelters to wear their masks and maintain social distancing as best they can.”

In 2018, the Federal Energy Regulatory Commission revoked the license of the company that operated the Edenville Dam due to non-compliance issues that included spillway capacity and the inability to pass the most severe flood reasonably possible in the area.

Both dams are in the process of being sold.