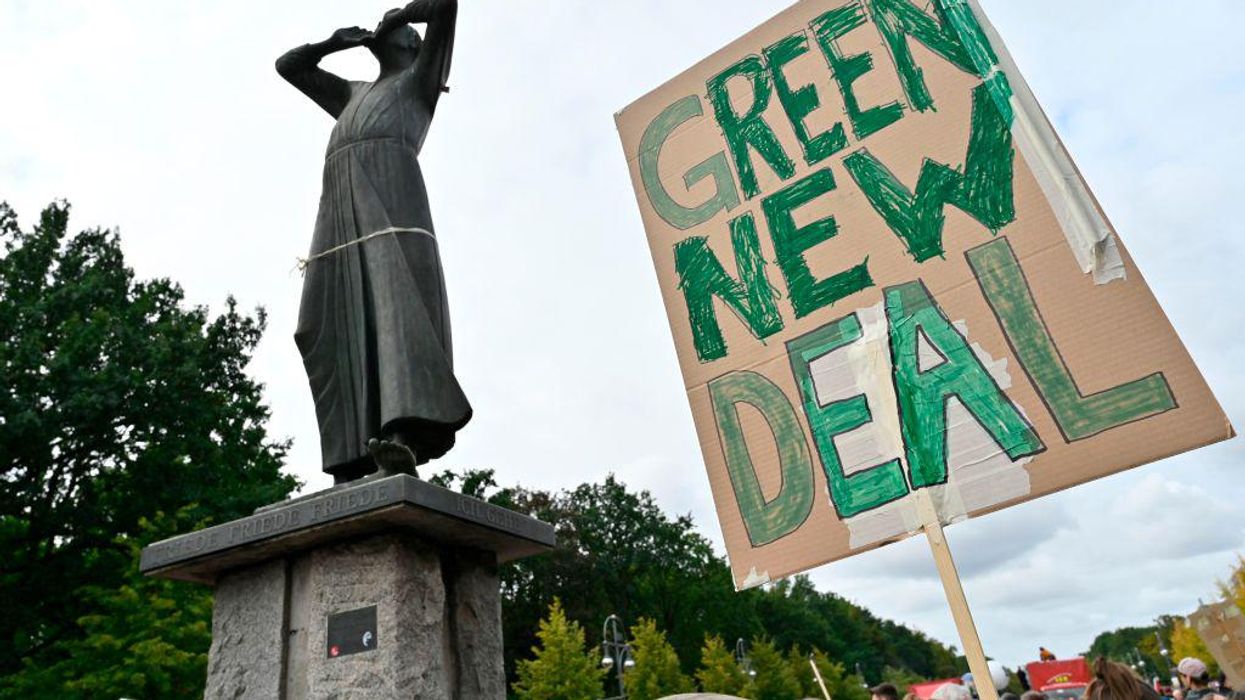 Newly reported emails appear to show how state Democratic attorneys general are conspiring with far-left climate activists on a plan to implement the Green New Deal through the “backdoor.”

The more radical elements of the Green New Deal, including reducing CO2 emissions by regulating the greenhouse gas (which every person on this planet exhales as they breathe) as a “pollutant,” do not have enough support in Congress to become law. But Democrats and climate activists have strategized on how to use the Biden administration’s Environmental Protection Agency to circumvent Congress and implement their agenda through regulation.

Emails obtained by Chris Horner at Energy Policy Advocates and reported by the Wall Street Journal show how in 2019 Democratic state attorneys general consulted a Biden administration bureaucrat on strategies to regulate CO2 through the “backdoor” without Congressional approval.

Climate activists want a seventh greenhouse gas, CO2, to be regulated as a “criteria pollutant,” but the difference between CO2 and the other gasses is CO2 doesn’t directly harm human health. It doesn’t cause disease, and standards regulating CO2 emission are difficult to implement because those emissions are hard to measure locally.

The Obama administration concluded it was not “advisable” to regulate CO2 as a “criteria pollutant” and the idea was abandoned.

But climate lobbyists did not give up.

The Wall Street Journal reported that former Obama EPA official Joe Goffman is now in charge of the Biden administration’s greenhouse gas regulations as principal deputy assistant administrator of the Office of Air and Radiation.

In 2019, while Goffman had a job at Harvard Law School, Democratic state attorneys general contacted him for consultation on a new plan to regulate CO2. He referred them to “former EPA officials and environmental attorneys” who then developed a plan that could ultimately allow the EPA to force states to “outlaw natural gas-powered appliances, gas stations and internal combustion engines to meet stricter ozone standards.”

From the Wall Street Journal:

Any climate legislation Congress enacts will no doubt contain a potpourri of green energy subsidies, but Democrats won’t be able to use budget reconciliation to banish fossil fuels. As former EPA official John Bachmann wrote in an email to New York’s Office of Attorney General, “New legislation requiring specific actions would be much better than NAAQS, and yet I’m mindful of the obvious problem of how to get such legislation even with a new administration.” Other climate consultants agreed.

With Goffman installed at the EPA, the Biden administration is poised to increase regulations on emissions that increase ozone, including CO2 emissions, bypassing Congress to implement this climate agenda.

Indeed, the Wall Street Journal reports that “sixteen Democratic AGs on Jan. 19—a day before Mr.Biden’s inauguration—challenged the EPA’s current ozone NAAQS. Their one paragraph lawsuit says the standards are ‘unlawful, arbitrary and capricious and therefore must be vacated.'”

Under Biden, the Green New Deal agenda will march on with or without Congress.