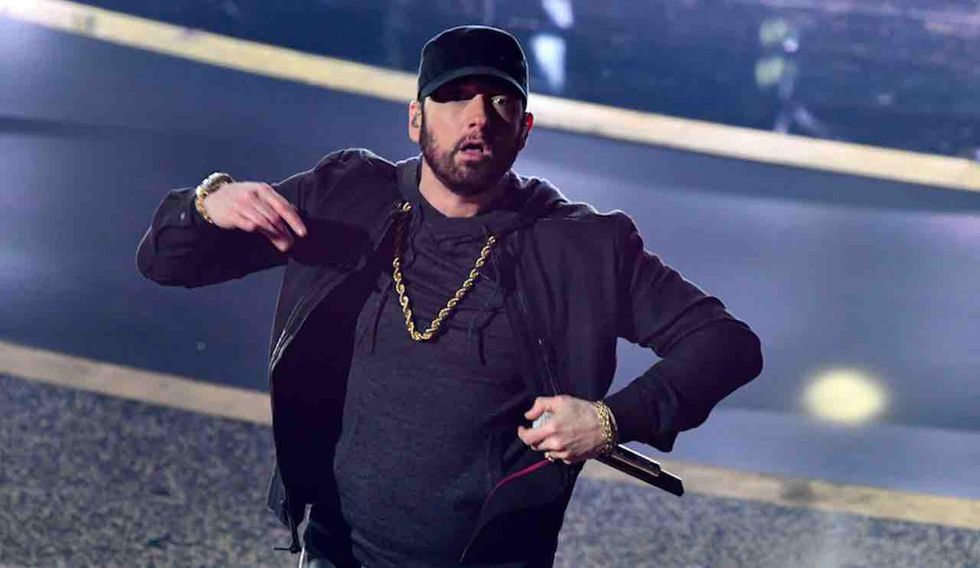 Rapper Eminem has returned fire against Gen Z keyboard warriors who launched a contentious campaign to get him canceled over lyrics to a song that’s over a decade old.

A battle emerged last week between cancel-happy Gen Z militants who took issue with a line from Eminem’s 2010 song “Love the Way You Lie” and older millennials who know better. Gen Z youngsters wanted Eminem canceled over his lyric “If she ever tries to f***ing leave again / Imma tie her to the bed and set this house on fire,” which of course boasts of misogyny and murder.

But millennials know that Eminem has trod this path in the past, saying the the 48-year-old rapper — whose real name is Marshall Mathers — has withstood efforts to silence him long before many of his present-day detractors were born.

Other lyrics order detractors to “get offline, quit whinin’, this is just a rhyme” and then challenge, “But ask me, will I stick to my guns like adhesive tape?” and “You think gettin’ rid of me’s a piece of cake?” before dropping references to Bill Cosby and Harvey Weinstein that don’t sugarcoat their crimes against women.

The clip has garnered 4.7 million views as of Tuesday afternoon. Indeed, Esquire pointed out that as of Monday afternoon Eminem held seven of the top 30 spots on Apple’s Hip Hop and Rap albums chart.

“Eminem has always used these conversations as a way to promote and brand himself as an outsider. And as we’ve seen in recent months, any serious attempt to ‘cancel’ someone can seriously backfire, which has been the case with Morgan Wallen’s domination of the charts after being filmed using a racial slur and Dr. Seuss books occupying 13 of the top 20 best selling books on Amazon after the Seuss estate suspended production of six rather obscure Seuss titles,” the magazine added. “It seems that, at least for now, Eminem isn’t really going anywhere.” 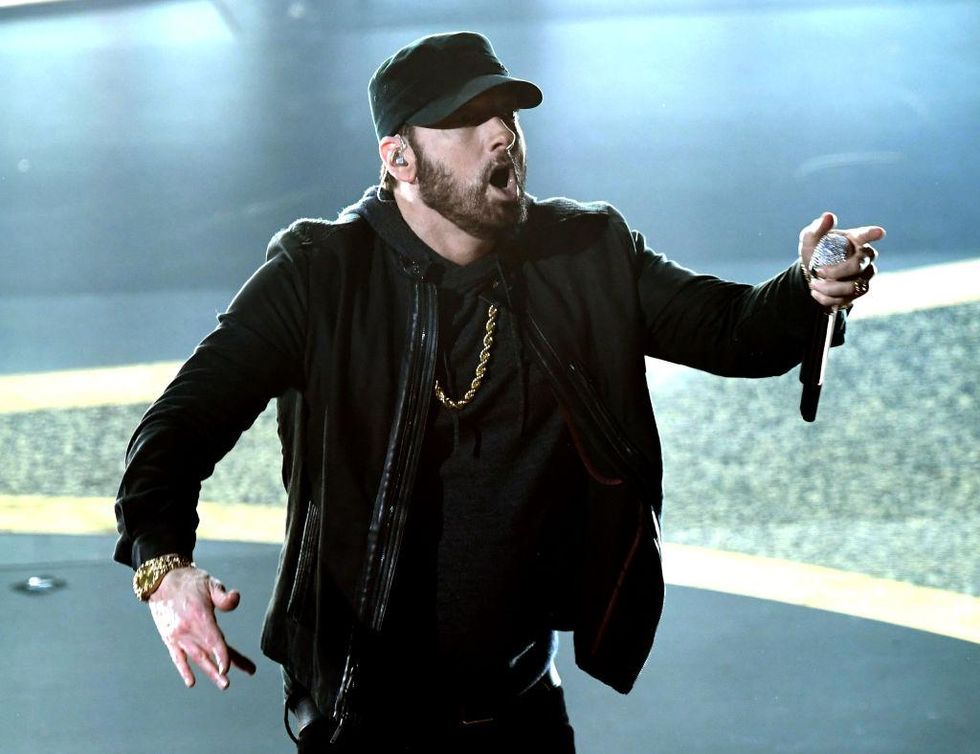 Eminem fans on social media are in uproar over a campaign from Generation Z TikTok users to cancel the controversial rapper.

Videos from millennials defending Eminem — who’s real name is Marshall Mathers — trended on Twitter and TikTok in response to demands from “Zoomers,” youngsters identifying as members of “Gen Z,” that Eminem be canceled because of his history of violent, abusive, and otherwise controversial lyrics.

It all started with one TikTok video posted in February condemning the rapper’s 2010 hit song “Love the Way You Lie,” featuring a collaboration with Rihanna. The video condemns the lyrics, “If she ever tries to f***ing leave again Imma tie her to the bed and set this house on fire,” which obviously would be an act of domestic violence against women.

“To everyone that is cancelling him I literally love u,” the TikTok user wrote, firing a shot that began a generational war.

to everyone that is canceling him I literally love u?

Eminem’s fans counterattacked against the Gen Z haters with their own videos. The most popular response has more than 6.3 million views and is from a millennial woman who raps, “Listen little kiddies let me / make this quite clear / this man was around / even before you were here.”

She goes on to blast the rappers favored by Gen Z as mumbling “gibberish,” tell the kids their opinions don’t matter, and say “one day / you’ll grow up and see / how everyone went / and forgot about Z.”

if I had to see this and have it ruin my day, so do all of you https://t.co/5Gq8LpiNLr

Some of the replies pointed out that Eminem’s brand is writing controversial lyrics and having haters try to cancel him.

“Does she not remember when WE tried to cancel Eminem as well? His entire career kind of depends on having ‘haters’ and whatnot. We’re all just trying to fuel his next project lol,” one person wrote on Twitter.

“Gen Z should know by now that some people are above cancelling. Media been trying to cancel Eminem long before cancelling was a thing. He came out in ’99 and his first words were “Hi kids, do you like violence” and still enjoyed 22 years in the game. That’s who you want to cancel?” another user said.

In another popular video, a millennial TikTok user has a mock conversation with himself, playing “Gen Z,” in which they argue about canceling Eminem.

“We gotta cancel Eminem,” Gen Z says in the sketch.

Gen Z: “Have you heard his lyrics?”

Millennial: “Heard ’em? I was raised screaming them all through grade school.”

The Gen Z character complains that Eminem’s lyrics are “full of hate,” but the millennial responds, “so is my angsty little teenage soul, but look at me now. I turned out fine.”

Even Meghan McCain weighed in on the debate.

Eminem will not be cancelled. Come at me Z’s. https://t.co/8kuCqlhy1n

So far, Eminem has not commented on the social media fight between pro-cancel culture teenybopper Gen Z and the millennials, who are now officially “old.”