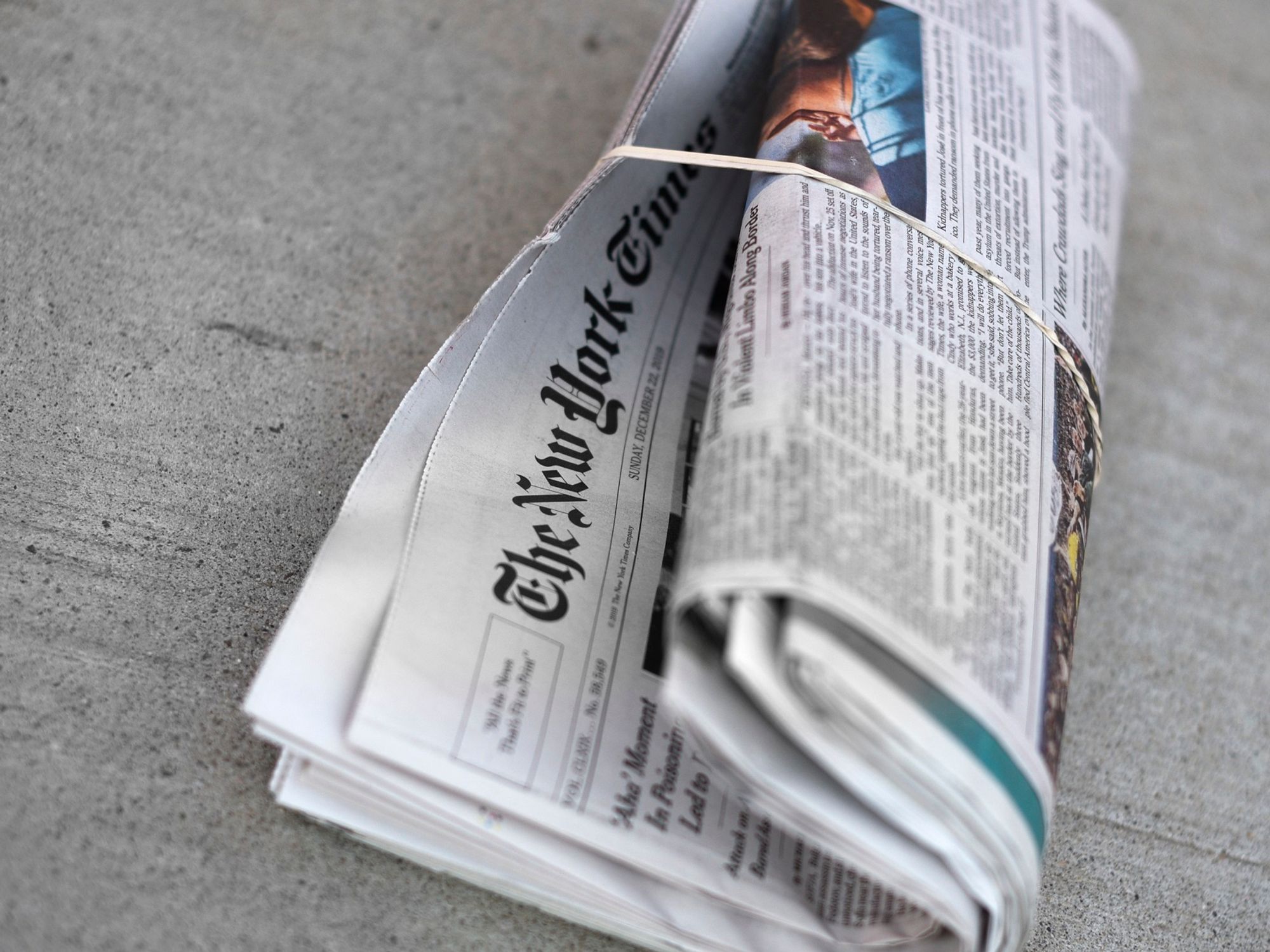 The New York Times was bombarded by online critics on social media Tuesday afternoon and into the evening for reporting that it is the responsibility of the news media to declare “the winner of the presidential election in the U.S.”

Several people even accused the newspaper of spreading “election disinformation.”

“The role of declaring the winner of a presidential election in the U.S. falls to the news media,” the Times wrote in a now-deleted tweet. “The broadcast networks and cable news outlets have vowed to be prudent.”

The Times provided a link to an article explaining “how the media will report the election results.” The article clarified that “in the United States — which, unlike many other countries, does not have a national electoral commission — the role of projecting the winners of presidential elections falls to the news media.” 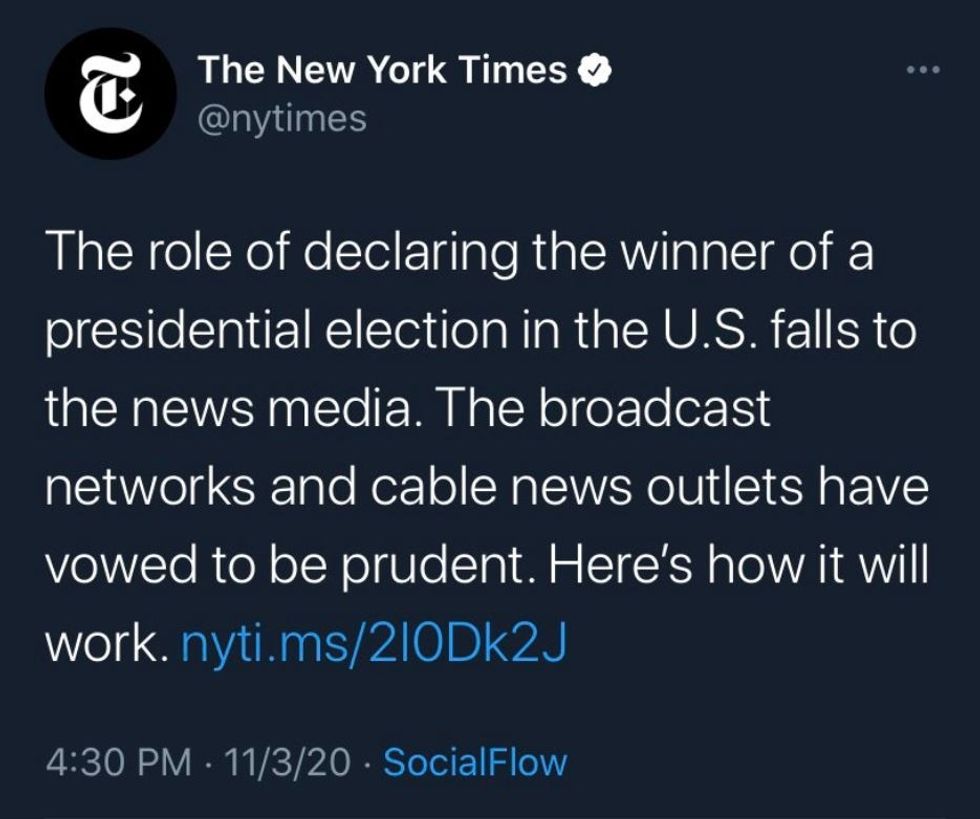 Twitter users lambasted the Times for the tweet, and some conservative outlets cried foul. Writer John Nolte called the message “fascist” in a Breitbart piece.

The Post Millennial reported that the Times were spreading “election disinformation” with the tweet, saying “this is just not true at all” while noting that state election officials are responsible for reporting vote tallies and electors will cast their votes accordingly.

The outlet also called out Twitter for failing to flag or remove the Times’ incorrect tweet, accusing the platform of hypocrisy after it locked the account of the New York Post for weeks “for a legitimate story about the contents of Hunter Biden’s laptop.”

The Times eventually deleted the inaccurate tweet and issued a correction, writing on Twitter, “Correction: We’ve deleted an earlier tweet that referred imprecisely to the role of the news media in the U.S. presidential election. The news media projects winners and reports results; it does not declare the winner of the election.”

Correction: We’ve deleted an earlier tweet that referred imprecisely to the role of the news media in the U.S. pres… https://t.co/ULAMBJsh46

But the deletion was too little too late for many followers, who continued to torch the Times.

One person wrote, “But it was EXACTLY how you in the media want us to believe. Defend the Media. There’s a reason the Electoral College exists. And it was there long before the media thought they controlled the world. You don’t. Get used to it”

Another responded, “Shouldn’t you be suspended from Twitter for propagating election misinformation?”

Someone else summarized the replies of several critics by tweeting, “I can’t believe this has to be clarified, but here we are. The media has no role in declaring the winner of an election.”