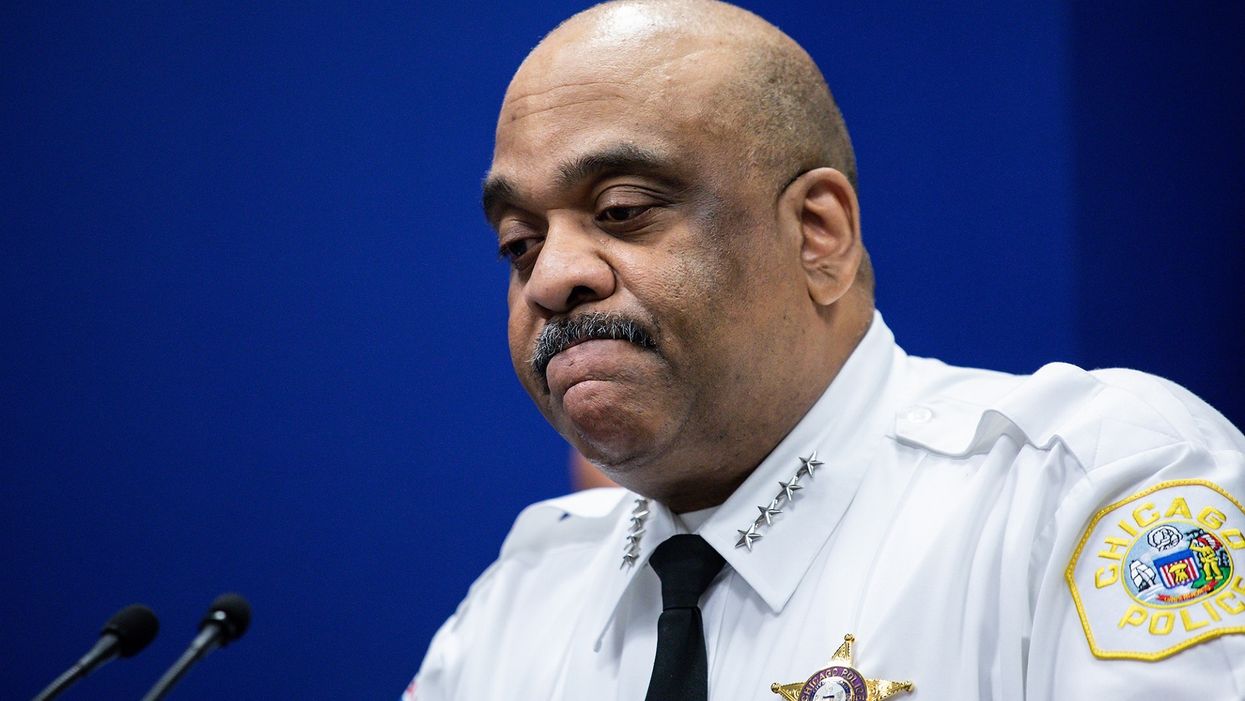 Former Chicago Police Superintendent Eddie Johnson allegedly drove drunk the night he fell asleep behind the wheel last year in a high-profile incident that led to his firing, and the woman he was with that evening has filed a lawsuit accusing him of sexual assault.

Johnson was discovered passed out in his car one year ago by a passerby, and claimed he had pulled over as a precaution after becoming lightheaded due to prescription medication. Chicago police responded to the incident, but allowed him to drive home. The top cop was later fired by Chicago Mayor Lori Lightfoot, who said she found out Johnson had not been forthright about what happened that evening.

The Chicago Sun-Times reported last year that the incident was “an embarrassing drinking-and-driving incident,” and cited sources who claimed Johnson “was actually drinking for hours with a member of his security detail, a woman, at a downtown restaurant.”

That woman was Officer Cynthia Donald, who filed a lawsuit against Johnson on Thursday, accusing him “of ‘shockingly violent, abusive, and harassing conduct’ that included multiple instances of forced oral and vaginal sex,” CBS News reported.

According to a separate Sun-Times report on Friday, “taxpayers paid for 7 business trip taken by” Johnson and Donald. But Johnson denies Donald’s accusations, telling the outlet in a statement, “”the allegations of sexual assault and harassment made by Ms. Donald never happened.”

Johnson is married to Nakia Fenner, a lieutenant in the Chicago Police Department.

Also on Friday, USA Today reported that according to new findings published by Chicago’s Office of the Inspector General, before Johnson was found asleep in his SUV in a stop sign last October, “he had consumed ‘several large servings of rum…the equivalent of 10 alcoholic beverages.”

According to the outlet, seven Chicago police officers have been suspended for failing to hold then-Superintendent Johnson accountable on the night their top boss was found allegedly driving under the influence. The IG’s office recommended that one of them be terminated.