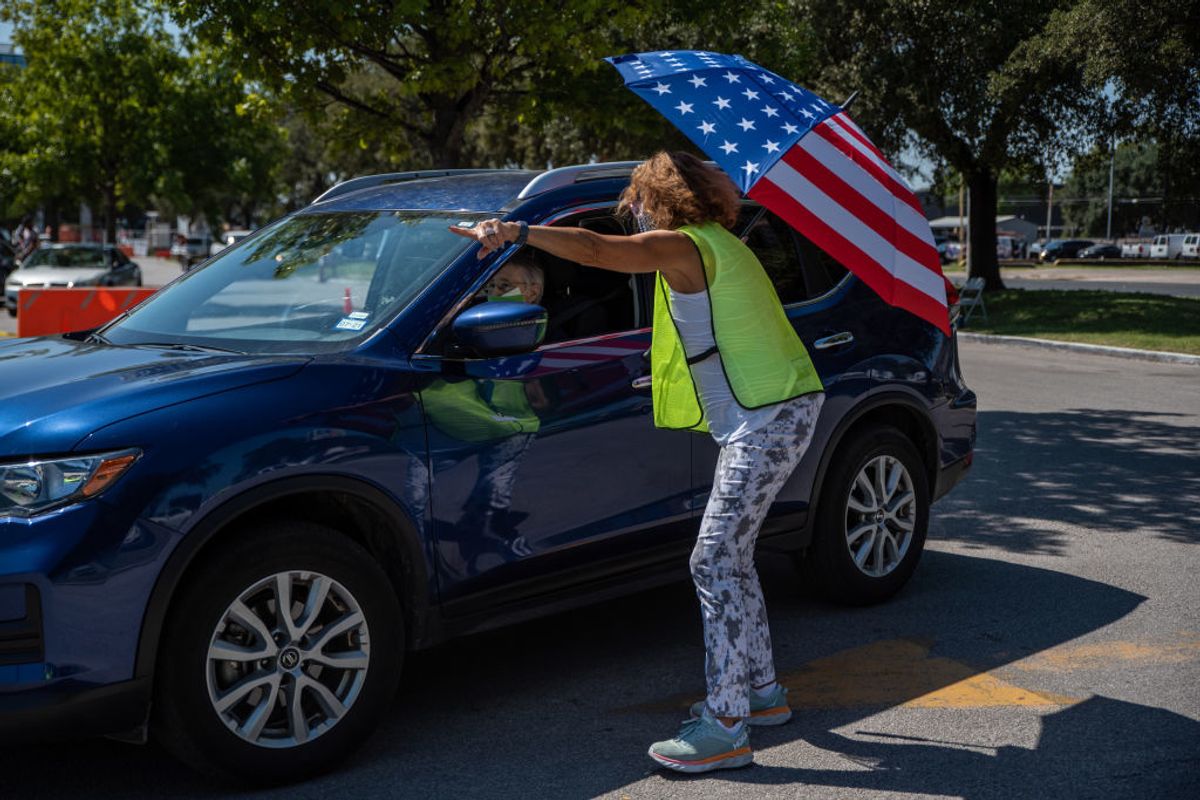 A federal judge in Texas will hear a case brought by the state Republican Party seeking to have nearly 127,000 ballots disqualified in Harris County.

The emergency hearing will take place on Monday after Republicans sued to invalidate early ballots cast at drive-thru polling stations, which they say violate the U.S. Constitution. District Court Judge Andrew Hanen will preside over the hearing, Fox News reports.

Harris County, home to the city of Houston, is a Democratic stronghold in Texas. According to the Texas Tribune, drive-thru ballots account for about 10% of all in-person early voting ballots cast in Harris County. If the federal court sides with state Republicans, nearly 127,000 people will have their votes thrown out.

The Texas Supreme Court already rejected a similar lawsuit brought by the same plaintiffs to have the votes discounted. The court did not issue an opinion explaining its decision.

Drive-thru voting in Harris County was established in July during the state primary runoff elections. Harris County set up 10 drive-thru polling locations in October where voters concerned about the coronavirus pandemic would have an opportunity to vote from their vehicles. Voters arrive in their vehicles, have their registrations and identifications confirmed by poll workers, and are given an electronic tablet through their car windows to vote.

In an emergency lawsuit, Harris County Republicans sought to have the votes dismissed, arguing the drive-thru program was an illegal expansion of curbside voting. Under Texas state law, curbside voting is reserved for voters with disabilities. They also argue the practice violates the U.S. Constitution, which gives state legislatures the power to decide how elections are run, not local governments.

“Unless stopped, illegal votes will be cast and counted in direct violation of the Texas Election Code and the United States Constitution and result in the integrity of elections in Harris County being compromised,” the petition to the court said.

The Harris County Clerk’s Office argues that its drive-thru polling locations are separate polling places, distinct from curbside spots, and therefore should be available to all voters.

“The Texas Supreme Court has twice declined to interfere,” the brief says. “The fact that the final arbiter of the Texas Election Code found no justification for interfering with drive-through polling places—based on the same legal arguments—in the middle of the election is an unmistakable indication that the public interest is best served by allowing the election to proceed without interference.”