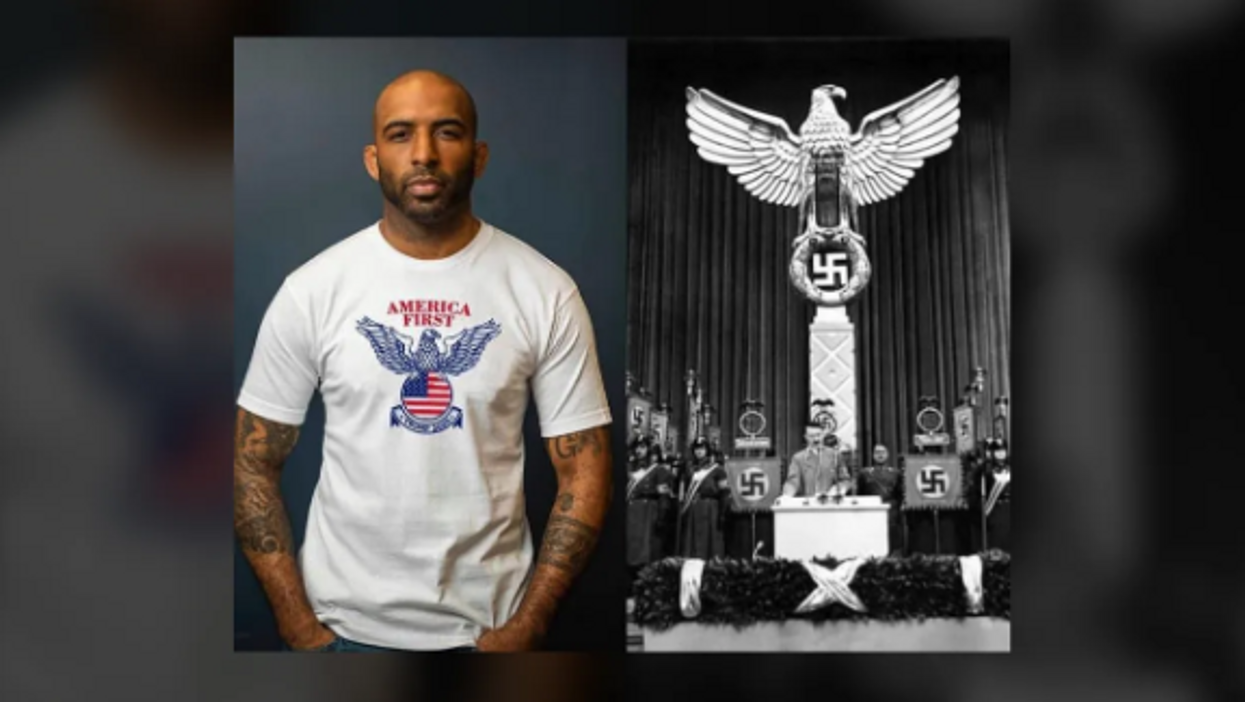 After three days of online ridicule for claiming it’s true that the eagle perched on an American flag symbol is verifiably Nazi propaganda, the publication switched their initial ruling to “inconclusive.” Social media had another field day.

Over the weekend, USA Today published an article ruling it’s “true” that “Trump campaign shirts feature imperial eagle, a Nazi symbol,” followed by a clarification more than an hour later, stating: “The claim that Trump 2020 has put out a T-shirt with a symbol similar to a Nazi eagle and is being criticized for it is true. Worth noting, the eagle is a longtime US symbol, too.”

The outlet was relentlessly ridiculed and mocked over the conclusion and subsequent “clarification.”

On Wednesday, USA Today provided an update on Twitter, writing, “The rating on this article has been changed to inconclusive. It was updated to reflect further reporting and analysis.”

Update: The rating on this article has been changed to inconclusive. It was updated to reflect further reporting and analysis.

The updated piece echoed much of what social media users had pointed out to the newspaper’s fact-checking team after it posted the first version, while standing firm on pointing out that “some claim” the eagle T-shirt design “bears resemblance to a Nazi eagle.”.

The U.S. government has many uses of eagle imagery in its official seals and emblems including on the “Great Seal of America,” on the presidential seal and on the mace of the U.S. House of Representatives. The Trump campaign’s T-shirt includes the use of an eagle that some claim bears resemblance to a Nazi eagle. We rate the claim that the Trump campaign is using Nazi imagery as INCONCLUSIVE, based on our research.

One person wrote, “Claim, ruling, clarification, then BS. What a trustworthy Source of news!” Someone else replied, “It’s too late for that. Nobody will ever take you seriously.”

“It’s a blatant manipulation of reality to fit your agenda, and everyone knows it,” another tweeter responded. Yet another wrote, “This is an embarrassment to your staff and the entire profession. You’ve helped nothing and no one, specifically your readers.”