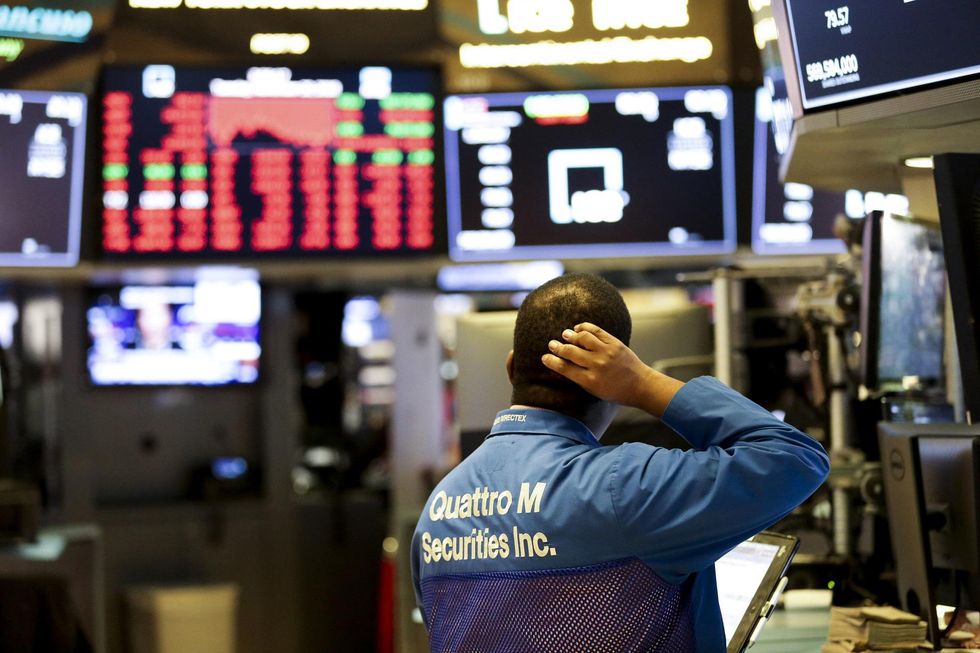 The New York Times reported just before noon that Biden was seeking to raise capital gains on the proceeds of assets like real estate or a stock for Americans earning more than $1 million from 20% to 39.6%. The newspaper stated that the president was seeking to tax the rich to “fund child care and education.”

Bloomberg also reported the proposed hike 15 minutes later, noting that under the plan:

For $1 million earners in high-tax states, rates on capital gains could be above 50%. For New Yorkers, the combined state and federal capital gains rate could be as high as 52.22%. For Californians, it could be 56.7%.

In reaction to Biden’s purported proposal, Sen. Chuck Grassley (R-Iowa), a top Republican on the Senate Finance Committee told the outlet, “It’s going to cut down on investment and cause unemployment.”

Pointing to the 2017 tax cuts under President Donald Trump, he added, “If it ain’t broke, don’t fix it.”

What did Jen Psaki say?

During a media briefing in the afternoon, a correspondent pointed out to White House press secretary Jen Psaki that “the Dow is down about 350 points on reports that the Biden administration is going to propose doubling, essentially, the capital gains rate for high-income Americans.”

The journalist asked, “Can you tell us any more about that plan, and do you have any concerns that that would discourage long-term investing?”

She added that the view of the administration “is that that won’t have a negative impact.”

Central planners are really hoping no one notices that their manipulation of the markets isn’t working. In spite of a rate cut, the DOW dropped 700 points.

The Federal Reserve’s “surprise”(it’s a surprise to the mainstream media and those who aren’t paying close attention) interest rate cut did nothing to stop the market from plunging. If you’ve been paying attention, you know that Donald Trump has been all but demanding zero or negative interest rates (which would wipe out your savings) to keep the economy in tip-top shape.

The Federal Reserve is cutting but must further ease and, most importantly, come into line with other countries/competitors. We are not playing on a level field. Not fair to USA. It is finally time for the Federal Reserve to LEAD. More easing and cutting!

But other analysts have argued that if you need rates that low, the economy is not really in good shape, to begin with; its manipulated to look that way.

The mainstream media has put all their faith and is asking you to do the same, in the central bankers.  “It’s great that the Federal Reserve recognizes that there’s going to be a weakness, but it makes me feel, wow, the weakness must be much more than I thought,” CNBC’s Jim Cramer said on “Squawk on the Street” right after the sudden cut. “I’m now nervous. I’m more nervous than I was before,” Cramer added.

Bank stocks were the ones that noticeably dropped dramatically. “The market is still trying to find its footing,” said Adam Crisafulli, founder of Vital Knowledge, in a note. “The panicked collapse of the last week isn’t something that will be quickly forgotten, and it will take a couple of weeks (at least) before stocks are on firmer ground.”

The rate cut was done to mitigate the economic impact of the rapidly spreading coronavirus. It’s become clear that some people are panicking while others are preparing.

Will A Face Mask REALLY Protect You From The Coronavirus?

To better understand how central bankers are manipulating the world we live in, read Collusion: How Central Bankers Rigged the World

. In this book, former Wall Street insider Nomi Prins shows how the 2007-2008 financial crisis turbo-boosted the influence of central bankers and triggered a massive shift in the world order.

Central banks and international institutions like the IMF have overstepped their traditional mandates by directing the flow of epic sums of fabricated money without any checks or balances. Meanwhile, the open door between private and central banking has ensured endless opportunities for market manipulation and asset bubbles – with government support.

Packed with tantalizing details about the elite players orchestrating the world economy – from Janet Yellen and Mario Draghi to Ben Bernanke and Christine Lagarde – Collusion takes the listener inside the most discreet conversations at exclusive retreats like Jackson Hole and Davos. A work of meticulous reporting and bracing analysis, Collusion will change the way we understand the new world of international finance. 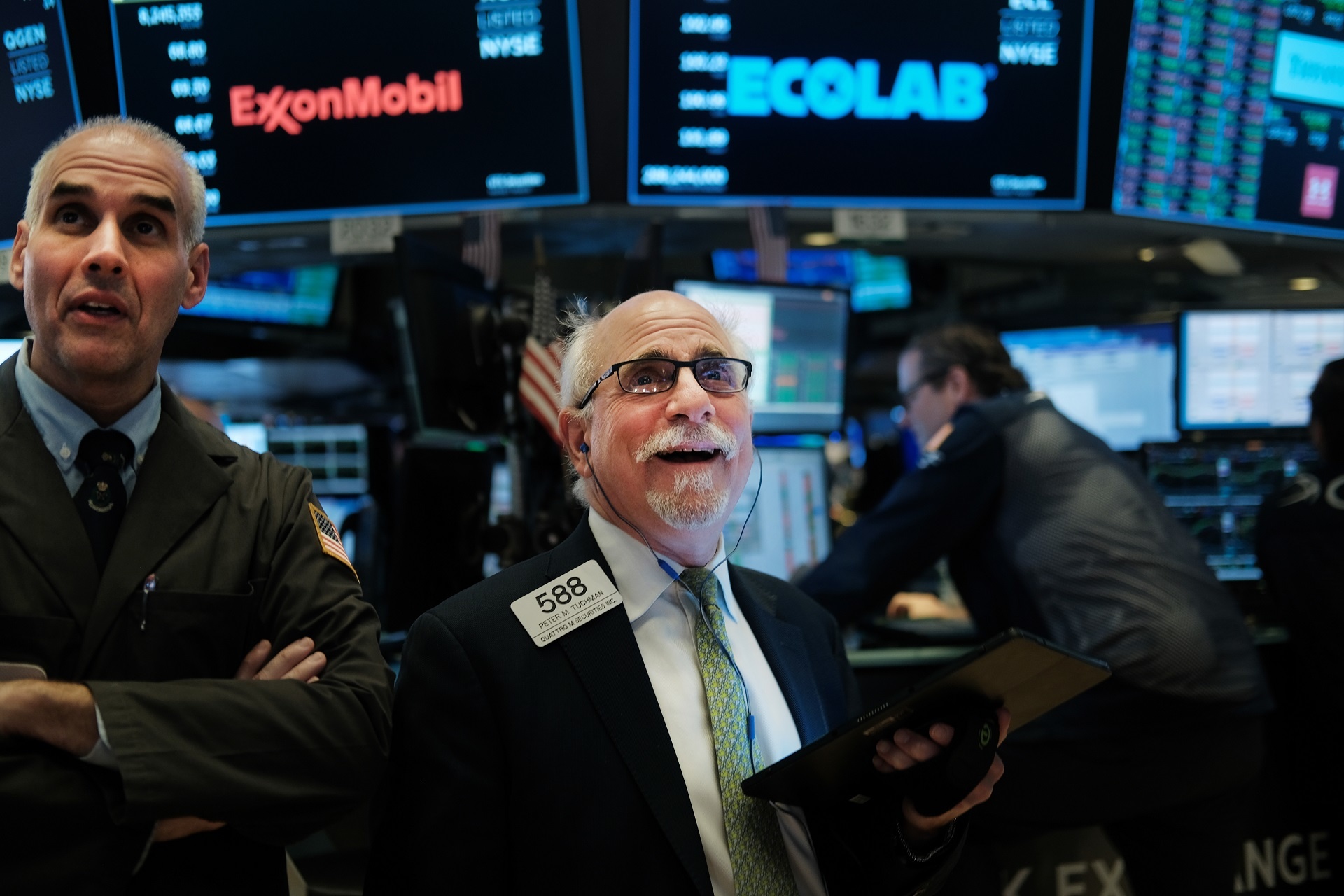 Wall Street experienced a soaring rebound on Monday, with The Dow Jones Industrial Average, the S&P 500, and the Nasdaq all experiencing their highest one-day point gains in history.

The surge follows last week’s losses, which occurred amid uncertainly over the impact of the spread of the coronavirus.

Fox Business reported that the Dow “rose over 1,294 points or 5 percent in what is the biggest point gain ever. Ditto for the S&P 500 and Nasdaq from a point gain of 136 and 384 points respectively.”

The outlet noted that the Dow took a hit of more 3,500 points last week “amid coronavirus fears.”

Investor fears appeared to subside Monday as evidenced by the rally. CNN reported that “hopes for stimulus action from the world’s central banks are keeping investors from further selling,” pointing out that “The Bank of Japan said it would provide ‘ample liquidity’ to keep financial markets stable and the Bank of England also pledged to do what’s necessary for the British economy’s stability.”

Meanwhile, President Donald Trump on Monday met with pharmaceutical executives at the White House, taking what ABC News called an “aggressive public posture” in addressing the spread of the new coronavirus known as COVID-19.

“We’ve asked them to accelerate whatever they’re doing in terms of the vaccine, absolutely,” the president told reporters of the meeting in the Oval Office.

Charles Payne, an analyst for Fox Business, said last week that the market drop could also be partially blamed on fears that presidential candidate Sen. Bernie Sanders (I-Vt.) might win the Democratic nomination after the famous socialist took hold as front-runner while touting the implementation of his anti-Wall Street agenda.

Monday was also the first day the markets were opened after former Vice President Joe Biden won the Democratic presidential primary in South Carolina on Saturday, breaking Sanders’s winning streak in the race.