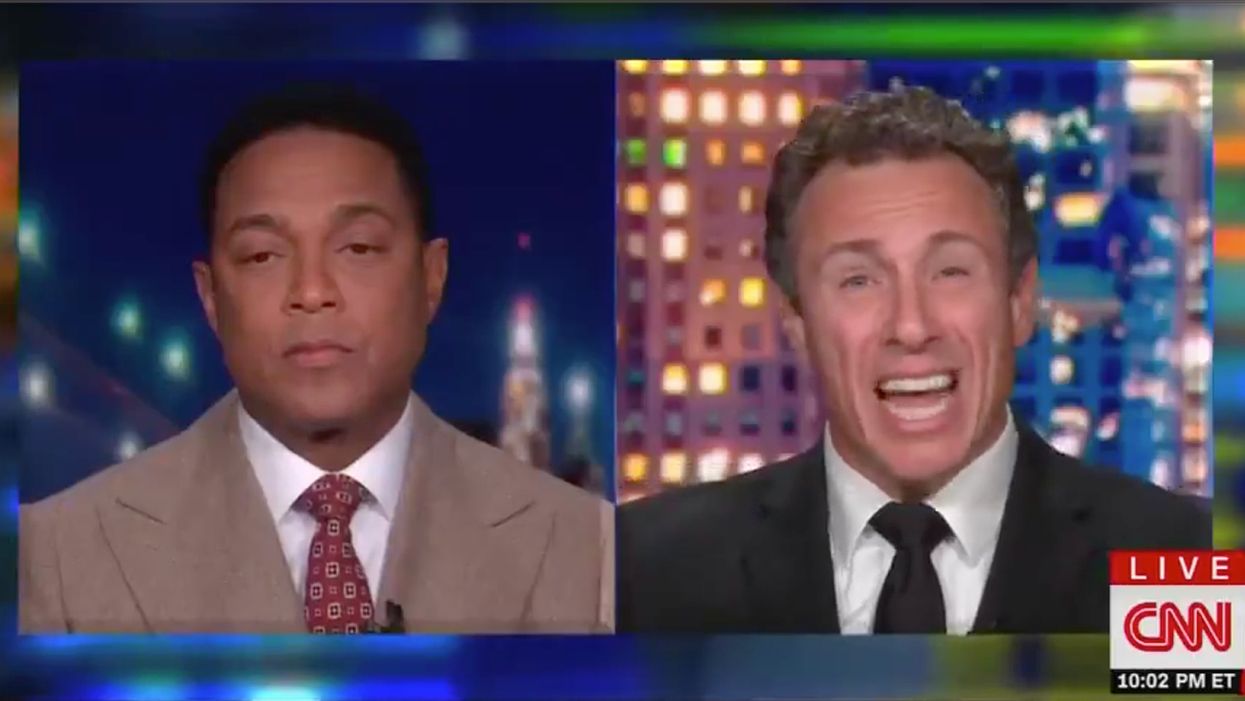 CNN’s Don Lemon revealed on Thursday that he had to cut loose friends who had the audacity to support President Donald Trump because they’re “too far gone.”

Lemon made the remarks during a handoff between him and CNN anchor Chris Cuomo.

“I have many people who I love in my life,” he began. “And yeah, I come from a red state. I’ve lived in several red states. There are a lot of friends I had to get rid of because they are so nonsensical when it comes to this issue. They have the whole — every single talking point that they hear on state TV and that they hear from this president. They repeat it and they are blinded by it.”

“I had to get rid of them because they’re too far gone,” Lemon said of his former Trump-supporting cohorts. “I try and I try and I try, they say something really stupid, and then I’ll show them the science, and I’ll give them information, and they still repeat those talking points.”

He continued his rant, and complained, “I had to get rid of a lot of people in my life because sometimes you’ve just got to let them go.”

On the flip side, Lemon said that he’d be willing to welcome them back into his life if they had their own come-to-Jesus moment and decided that “they want to live in reality” and dissociate themselves from the president.

He added, “I don’t know if after this I will ever be able to go back and be friends with those people, because at a certain point, you just say, ‘They’re too far gone and I got to let them go.’ And if they’re willing to come back and willing to live in reality, then I will welcome them with open arms. But I can’t — I can’t do it anymore.”

CNN’s @donlemon: “I have many people who I love in my life … There are a lot of friends I had to really get rid of… https://t.co/CXSc4idMuT