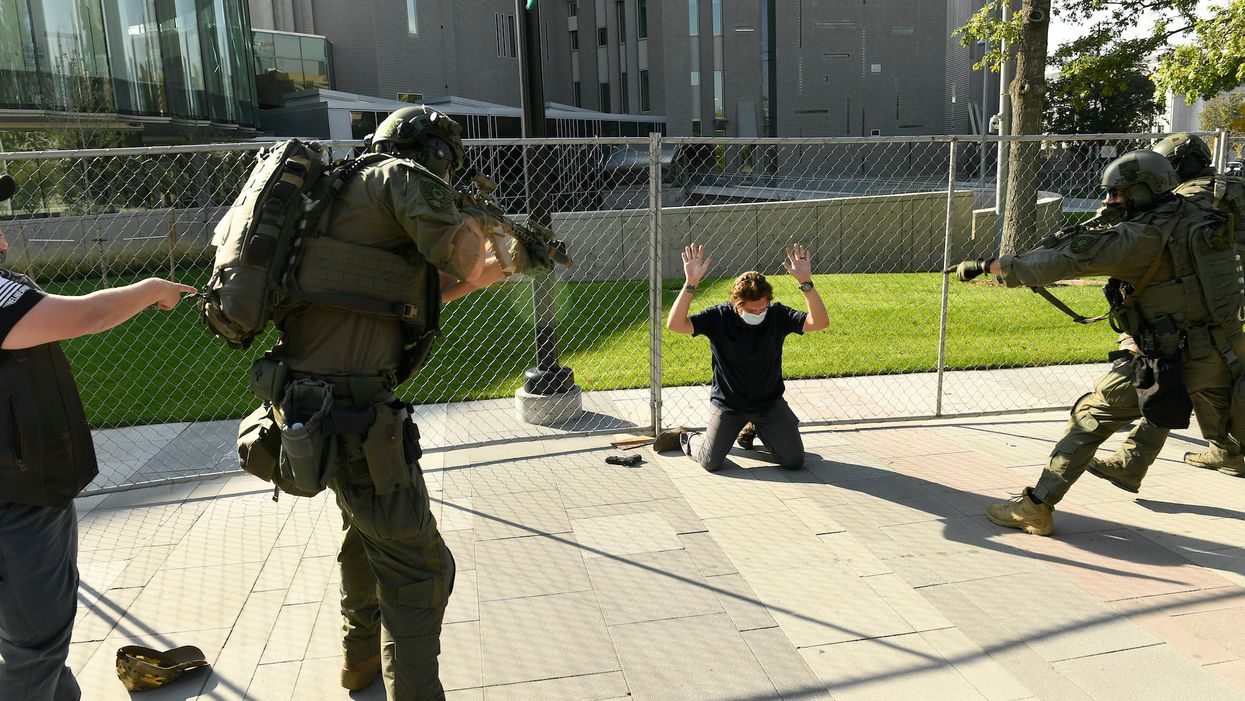 The man who allegedly shot and killed a “Patriot Rally” attendee in Denver will be charged with second-degree murder, according to Denver District Attorney Beth McCann.

Matthew Dolloff was working as a private security guard for a local news station covering the rally when he got into a physical altercation with 49-year-old Lee Keltner, a rally demonstrator, according to the arrest affidavit.

Prosecutors say that an argument between Keltner, Dolloff and a 9News producer escalated until Keltner smacked Dolloff in the head. Dolloff then shot Keltner in the chest after he was hit with pepper spray.

McCann said that she would file the charge on Monday.

The altercation was caught on video and documented by photographers who were there to cover the rallies.

Dolloff faces up to 48 years in prison if he is convicted of the charge.

Early reports after the shooting claimed that Dolloff was an Antifa member, but the police contradicted that claim in a statement later released.

“Further investigation has determined the suspect is a private security guard with no affiliation with Antifa. Additional information will be released as it becomes available,” read the statement.

An attorney for Dolloff said a statement released to the media that he was acting in self-defense.

“Matt was acting in self-defense. Matt put his life and now his liberty in between the now-deceased and the 9News employee.” said attorney Doug Richards. “This was not a political assignment for Matt. This was simply Matt protecting your employee.”

The Denver City Attorney’s Office also said that there could be civil or criminal charges filed against Dolloff, his direct employer Pinkerton, and 9News, due to the fact that Dolloff was allegedly acting as a security guard without proper licensure.

The family of Keltner said they were considering filing a lawsuit over the lethal incident. They said that he wasn’t part of any group protesting, but that he was just at the demonstration to show support for the police.

Here’s a local news report about the tragic incident: