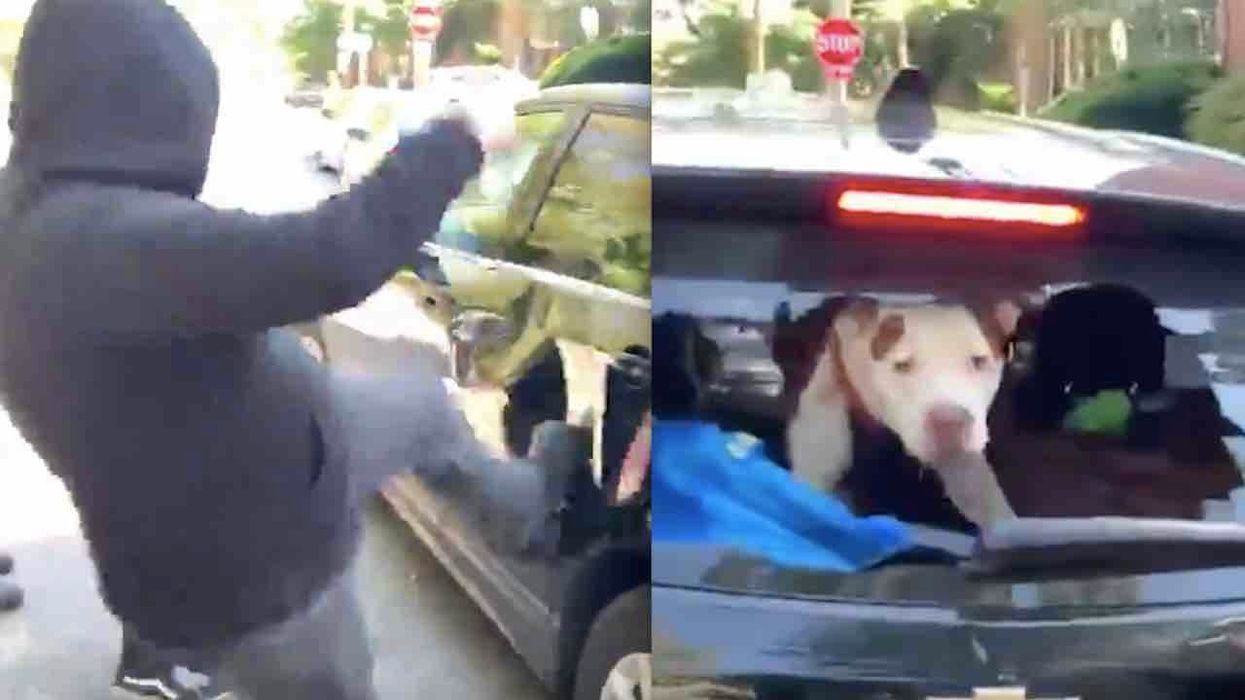 It was another banner day for the Antifa faithful — and this time their antics took place amid a Saturday counterprotest in a park under sunny Philadelphia skies.

Seems there were rumblings that the Proud Boys had a rally planned in Clark Park, which — according to the Philadelphia Inquirer — is located in “one of the most progressive, racially diverse neighborhoods in the city.”

“Clark Park remains a place where folks from all walks of life come to recreate and to convene and to just be,” Jamie Gauthier, who represents the neighborhood on the city council, said in a speech, according to the paper. “The white supremacist hate group that plan to come here today, they set out to disrupt all of that.”

But the Inquirer noted that while the Proud Boys never showed, about 500 “locals” did arrive in the afternoon to oppose the controversial, conservative group.

Social media posts claimed there was a Proud Boys presence at the park, with members saying they were there disguised as journalists to gather information about leftist activists, but they did not engage in organized demonstrations.

A Proud Boys social media page claimed the event, which had been promoted for at least two weeks, was always intended to be a fake, and was a ploy to expose Antifa violence.

BlazeTV’s Elijah Schaffer noted that at one point a member of the crowd opposed to President Donald Trump came alongside content creator James Klug and — in a move of apparent intimidation — smacked the ground hard with a bat. But Schaffer said the crowd turned on the anti-Trump man — confusing him for a Trump supporter and calling him a Nazi — and chased him out of the park.

The Proud Boys social media site said the man isn’t with the organization, the Inquirer noted.

BREAKING: a protester comes alongside creator @realJamesKlug with a bat and hits the ground next to him with force… https://t.co/3uPjkuDKmI

Soon after Antifa militants who were administering the man’s expulsion followed the man to his SUV and proceeded to smash it up — with a “terrified” dog inside, Schaffer said.

The leftist militants broke the vehicle’s rear window — with the dog barking and poking its head into shards of glass — and continually kicked the side panels.

“Get the f*** out of here, motherf***er!” one Antifa member hollered at the man before he pulled out of his parking spot and drove off.

One of the Antifa faithful threw a large rock at the escaping vehicle for good measure:

Destroys his car while he tried to… https://t.co/yYgSXToYMy 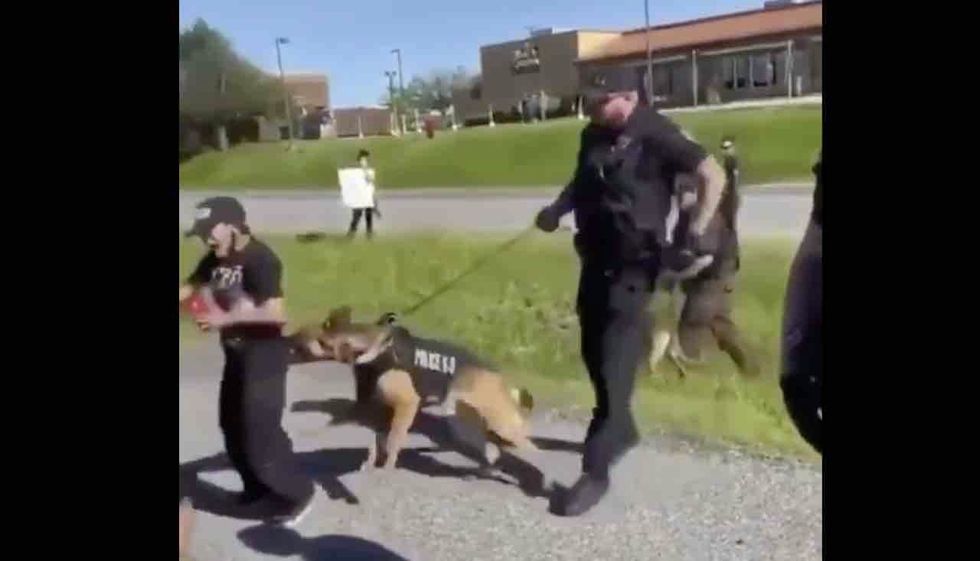 Amid the terror and sadness and destruction resulting from the George Floyd riots across America, there have been a handful of moments that just might get you busting a gut and put a smile on your face.

We’ve certainly seen our share of hyper-bold protesters this week, haven’t we? Attacking and even killing police with impunity, destroying property without repercussions — and all with a rapidly growing we-can-do-whatever-we-want bravado.

So it must be a shock when their antics come back to bite them in the ass.

One scene featured a large group of loudmouthed protesters repeatedly yelling “f*** the police!” at officers and even dancing in their faces, presumably to antagonize them.

But a police dog was on hand at this noble assembly — and the pup was not pleased.

Indeed, a few loud barks was all it took to send one dancing woman scurrying for safety while another protester remarked at the K-9’s “temper.”

But alas, one guy who still didn’t have his head on straight made the mistake of moving within a few feet of the dog — and then he turned his back.

Ouch. Is there some needle and thread in the pipe bomb bag?

Shoulda stayed in his mom’s basement

Antifa members are having quite a week, too. Presumably viewing protests as a chance to advance anarchy, the so-called “anti-fascists” — ironically with a reputation for carrying out violent, fascist acts against anyone who gets in their way — were quite busy inciting riots and breaking a lot of windows.

One of the other strange things about Antifa members — with their soy spaghetti arms and skinny jeans and black hoods — is that they enjoy exuding thug-like toughness (well, at least when they’re part of a pack of 20 or more).

But one reported Antifa guy sustained a leg wound during rioting, and video caught his reaction when one of his comrades tightened a tourniquet around his thigh. You hate to see such bona fide warrior scream in such pain:

Think before you act, dear

And finally we bring you a Twitter clip posted by “hannah/Black Lives Matter” — a “proud Ohio University student & contributor to bringing down bigots and cops.” Alrighty then.

Anyway, “hannah” wrote that she was “arrested for peacefully protesting for the BLM movement” in Cincinnati. What’s more, “cops forced me to stand (while hyperventilating and actively passing out) and then laughed at me while I was having a panic attack. They withheld my sister’s meds and mocked her intelligence while she begged.”

Let’s have a look:

Didn’t catch the police laughing part or the police mocking part — but man, was that officer rough on her or what?

Still, it is a little funny when leftist adults cry and get panicky when the consequences they’ve brought upon themselves for lawless behavior come home to roost.