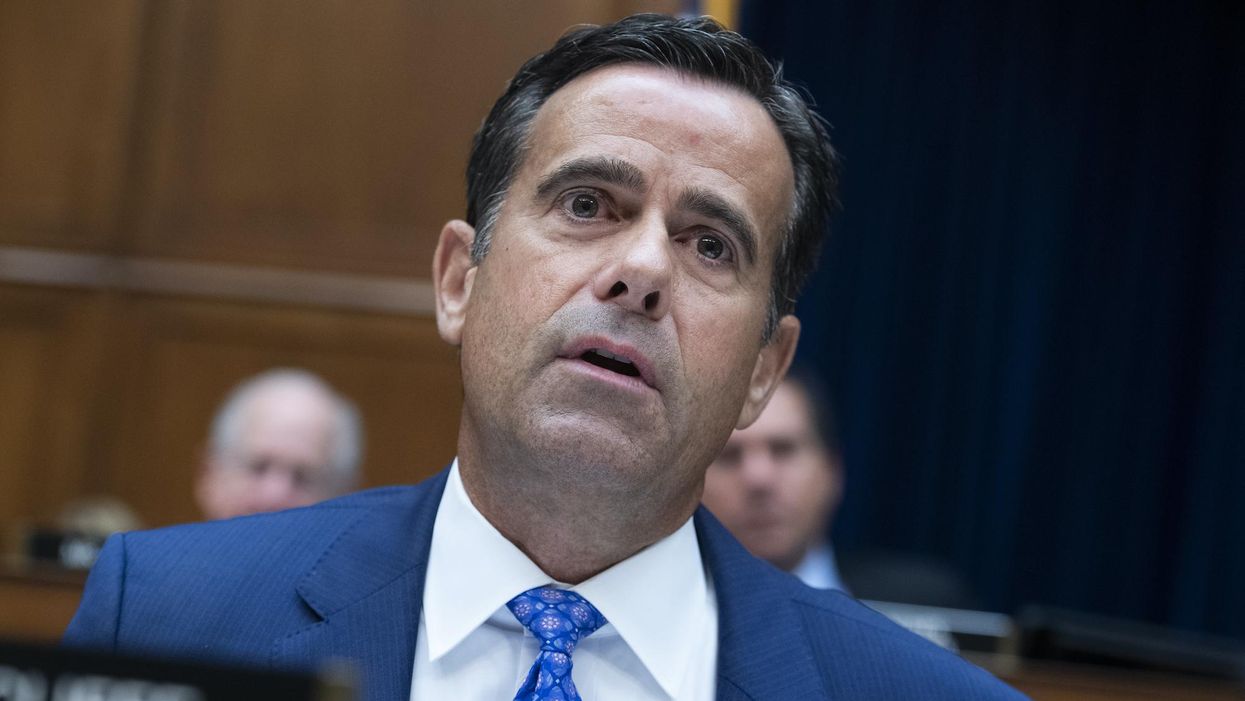 Director of National Intelligence John Ratcliffe warned Americans that China is running a “massive influence campaign” to bend U.S. lawmakers to the will of the communist government, and called it the country’s top national threat.

Ratcliffe made the accusations in a
startling op-ed in the Washington Post published Thursday.

He explained that evidence gathered by the U.S. intelligence community indicated that the goal of China’s government is to dominate the globe “economically, militarily and technologically.”

Ratcliffe said that the country uses the camouflage of its prominent companies to rob intellectual property from American companies, replicate their innovations, and then replace them in the global marketplace.

He gave an example of how Chinese owned company in the U.S. could use its influence to subtly manipulate politicians to do the will of the communist government back home.

Consider this scenario: A Chinese-owned manufacturing facility in the U.S. employs several thousand Americans. One day, the plant’s union leader is approached by a representative of the Chinese firm. The businessman explains that the local congresswoman is taking a hard-line position on legislation that runs counter to Beijing’s interests—even though it has nothing to do with the industry the company is involved in—and says the union leader must urge her to shift positions or the plant and all its jobs will soon be gone.

The union leader contacts his congresswoman and indicates that his members won’t support her re-election without a change in position. He tells himself he’s protecting his members, but in that moment he’s doing China’s bidding, and the congresswoman is being influenced by China, whether she realizes it or not.

Radcliffe also said that China had been crossing ethical boundaries by experimenting with human subjects in order to develop soldiers with enhanced abilities.

He concluded by warning that America needed to be prepared for the challenges from China.

“Americans have always risen to the moment, from defeating the scourge of fascism to bringing down the Iron Curtain. This generation will be judged by its response to China’s effort to reshape the world in its own image and replace America as the dominant superpower,” wrote Ratcliffe.

“The intelligence is clear,” he concluded. “Our response must be as well.” 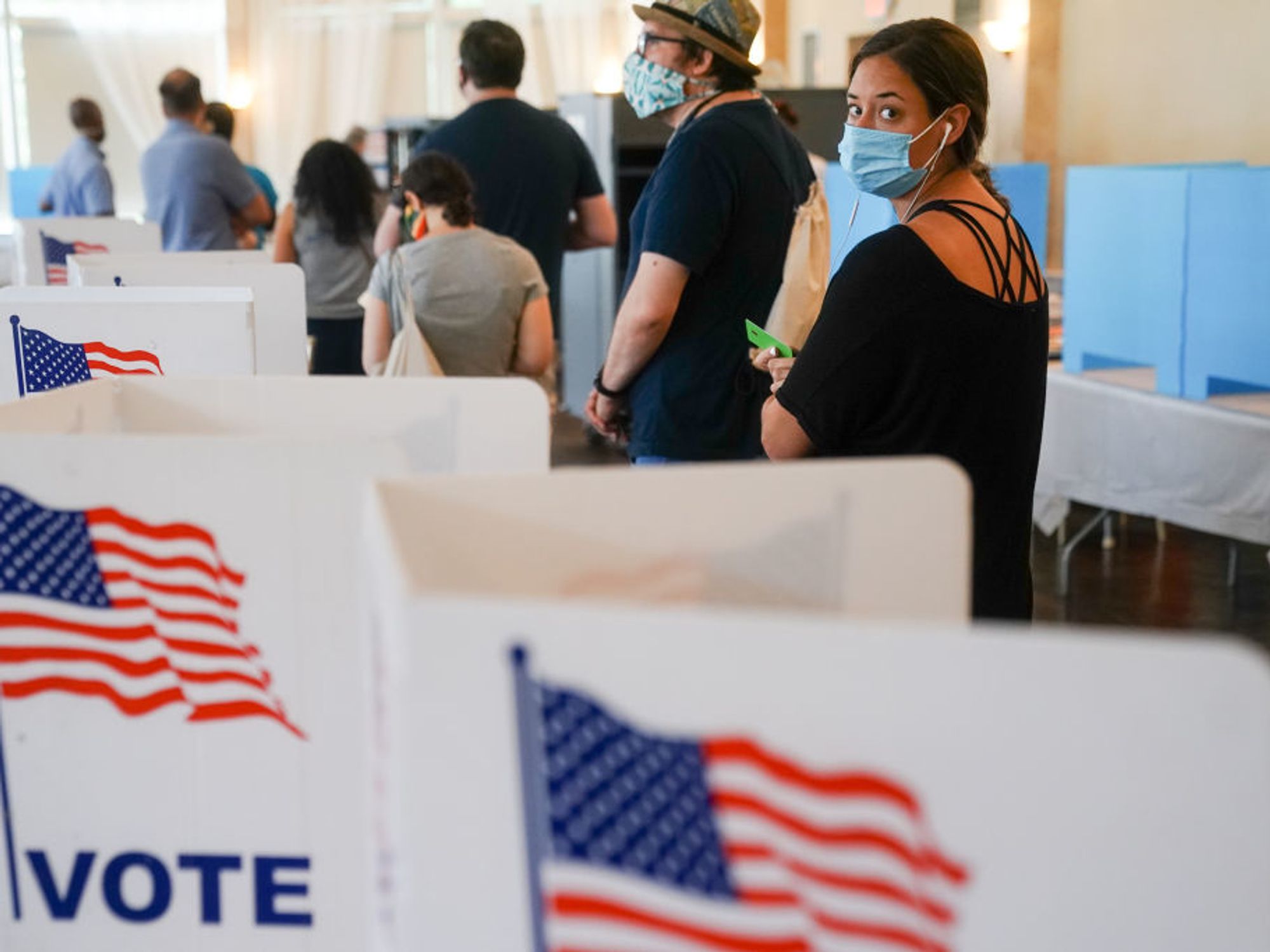 At a press conference Wednesday evening, Director of National Intelligence John Ratcliffe announced the U.S. government believes Russia and Iran have acquired voter registration information and are attempting to influence the 2020 U.S. election.

“We have identified that two foreign actors, Iran and Russia, have taken specific actions to influence public opinion relating to our elections,” Ratcliffe said at an abruptly scheduled press conference on election security with FBI Director Christopher Wray.

“First, we have confirmed that some voter registration information has been obtained by Iran and separately by Russia. This data can be used by foreign actors to attempt to communicate false information to registered voters that they hope will cause confusion, sow chaos, and undermine your confidence in American democracy,” he continued. “To that end, we have already seen Iran sending spoofed emails designed to intimidate voters, incite social unrest, and damage President Trump. You may have seen some reporting on this in the last 24 hours or you may have even been one of the recipients of those emails.”

“Iran is distributing other content to include a video that implies that individuals could cast fraudulent ballots, even from overseas. This video and any claims about such allegedly fraudulent ballots are not true,” he said.

“These actions are desperate attempts by desperate adversaries. Even if the adversaries pursue further attempts to intimidate or attempt to undermine voter confidence, know that our election systems are resilient, and you can be confident your votes are secure. Although we have not seen the same actions from Russia, we are aware that they have obtained some voter information, just as they did in 2016. Rest assured that we are prepared for the possibility of actions by those hostile to democracy.”

FBI Director Wray said the Bureau is taking the lead in investigating criminal activity threatening the election and assured Americans that they should be “confident” that their votes are counted.

“We’re not going to tolerate foreign interference in our elections or any criminal activity that threatens the sanctity of your vote or undermines public confidence in the outcome of the election,” he said.

The press conference was held after voters in some states alerted election officials to efforts to intimidate them into supporting President Trump.

On Tuesday, election officials in Florida and Alaska contacted law enforcement after registered Democratic voters reported receiving threatening emails telling them to “Vote for Trump or else!” CNN reported that the emails appeared to be sent from addresses associated with the “alt-right” group the “Proud Boys.” The chairman of the Proud Boys, Enrique Tarrio, denied that his group sent the emails when contacted by CNN and said they were working with the FBI to identify who was impersonating them.

“We have spoken to the FBI and are working with them. I hope whoever did this is arrested for voter intimidation and for maliciously impersonating our group,” Tarrio said.

CNN obtained one of the emails and reached out to John Scott-Railton, a senior researcher at the University of Toronto’s Citizen Lab, to have it analyzed. According to Scott-Railton, the email was sent using foreign internet infrastructure.

“This isn’t someone with a fake email account sending messages. This is an operation. The questions will be: how big was it, how many were targeted, and how well were tracks covered,” he said.

“It appears that the operators likely leveraged multiple insecure servers that they probably didn’t own in different countries, including Saudi Arabia, to send messages.”

Democrats have received Ratcliffe’s conclusions with skepticism, accusing the former GOP congressman of trying to downplay evidence of Russian interference in the election on behalf of President Trump.

“Everything that we’ve seen here in the public domain does not justify the statements that we heard yesterday,” Pelosi said, according to Reuters.

“Russia is the villain here. From what we’ve seen in the public domain, Iran is a bad actor, but in no way equivalent,” she added.

Sen. Chris Murphy (D-Conn.), who sits on the Senate Foreign Relations committee, accused the Trump administration of “trying to bury” evidence of election interference by Russia.

“All year, the Trump administration has been desperately trying to bury information about Russian interference and overhype efforts by Iran and China. The truth is simple – only Russia has both the capability and intent to significantly disrupt our election,” he said in a statement. “If Director Ratcliffe is serious when he says we will not allow foreign interference in our elections, then this administration would actually do something to deter the Kremlin rather than withhold information about Russian interference and create false equivalences with other nation’s efforts.”

He disputed Ratcliffe’s characterization of Iran’s efforts as damaging to Trump, claiming that the Iranian video spreading misinformation about fraudulent ballots sounded like a “Trump talking point.”

“It’s hard to see how that could be hurtful to the president,” Schiff said. “We don’t know if this is just Ratcliffe’s spin, or whether it is the assessment of the analysts.”