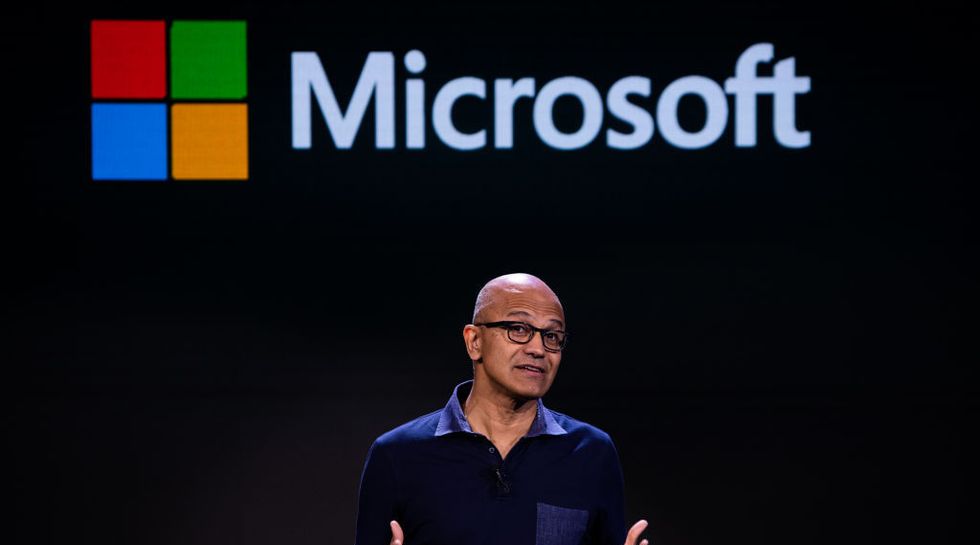 As part of a plan for “addressing racial injustice” in America, tech giant Microsoft plans to implement racial hiring quotas and invest tens of millions into diversity efforts over the next five years.

Microsoft CEO Satya Nadella made the announcement in an email to employees Tuesday, in which the executive promised that the company’s leaders are “committed to take action to help address racial injustice and inequity, and unequivocally believe that Black lives matter.”

The CEO then said that the company will “double the number of Black and African American people managers, senior individual contributors, and senior leaders in the United States by 2025.”

He added that the company will invest an additional $150 million into its “diversity and inclusion” efforts within that time frame.

Nadella highlighted a coming “cultural transformation” at the company through investment and talent development that will start with black employees and eventually “expand to include other employee groups.”

We will accelerate our cultural transformation through further investment in inclusion. Managers who have a deep understanding and commitment to building inclusive culture are key to our company’s success. Starting in FY21, our training on allyship, covering, and privilege in the workplace will be required for all employees, with additional new content on understanding the experience of the Black and African American community. Because leadership sets the tone, we will have required live sessions for CVPs and EVPs to ensure they better understand the lived experience of these specific communities.

We will strengthen our intentional career planning and talent development efforts. This will apply across our workforce, beginning with Black and African American employees. These programs will expand to include other employee groups as we learn and grow. We will expand on our leadership development programs for select Black and African American midlevel employees and their managers, to help prepare for promotion to Director/Principal. For Director/Principal level, we will create a new development opportunity to expose them to the leadership expectations of the Partner/GM level and match them with senior-level sponsors and mentors. For Partner/GMs, we are continuing to invest in the dedicated leadership development programs.

We will further strengthen company accountability for progress on representation. We will deepen our practice of evaluating each CVP/GM’s progress on diversity and inclusion when determining their impact and rewards, as well as promotion considerations. We will provide CVPs with dedicated D&I coaches to confront and resolve systemic obstacles within their organizations. We will expand our global, quarterly promotion process to ensure we build diverse leadership teams at all levels. This will include direct engagement with business leaders on review of all candidates for people management, Director/Principal level, and Partner/GM level.

Microsoft has experienced some internal controversy over its diversity and inclusion hiring practices before.

Quartz reported in 2019 that several employees used the company’s internal messaging board to criticize its pro-diversity efforts, alleging that white and Asian males were being discriminated against in the hiring process.

“Does Microsoft have any plans to end the current policy that financially incentivizes discriminatory hiring practices? To be clear, I am referring to the fact that senior leadership is awarded more money if they discriminate against Asians and white men,” a post by one Microsoft program manager said, according to Quartz.

“I have an ever-increasing file of white male Microsoft employees who have faced outright and overt discrimination because they had the misfortune of being born both white and male. This is unacceptable,” the program manager added in another comment. 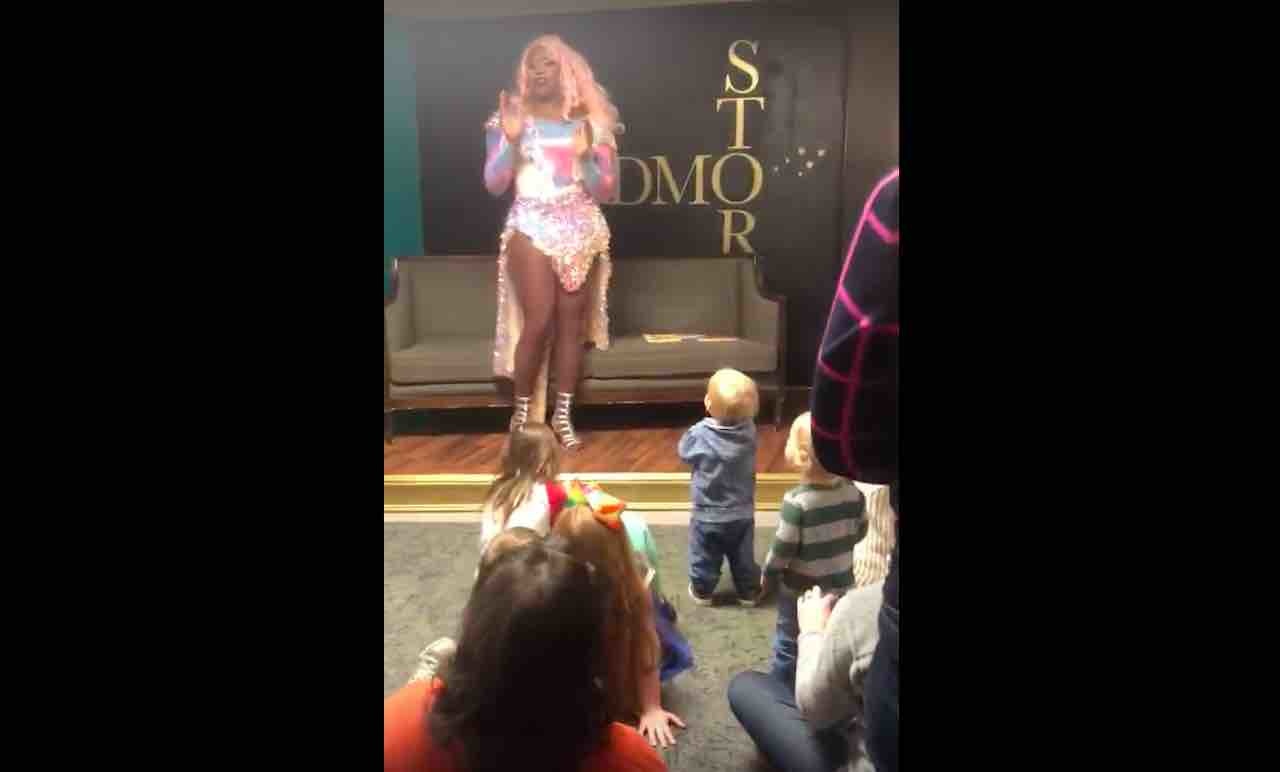 Children as young as 9 months old and their parents attended a Drag Queen Story Hour at a Washington, D.C., community center Saturday, the Daily Caller reported.

It was an event that provided an opportunity to “show things that kids haven’t seen before,” the performer “Cake” told the outlet.

More than 50 people attended the event at the LINE Hotel D.C. community center, which was hosted in collaboration with the D.C. Public Library, library spokeswoman Johnna Percell told the outlet.

Cake — decked out in high heels, a pink wig, makeup, and a glittery leotard outfit — read three books to about 30 children, the Daily Caller said, adding that parents held kids too young to walk in their arms while other toddlers stood near the front of the stage.

The drag queen began with the song “The More We Get Together,” encouraging parents and children to sing along, the outlet reported, after which Cake read the book “The Snowy Day” and two other books before leading the group in a rendition of “If You’re Happy and You Know It”:

After the event, Cake told the Daily Caller that “it’s, like, pretty cool that we’re able to expand everyone’s horizons and show things that kids haven’t seen before.”

The events are designed to be about 45 minutes long for children aged 3 to 8 years old and intended to capture children’s imagination and help children explore their gender fluidity through “glamorous, positive, and unabashedly queer role models,” according to the Drag Queen Story Hour’s official website.

Cake told the DCNF that Drag Queen Story Hour’s expansion across the U.S. is “great.”

“I think it’s good that people are open. It’s, of course, optional for anyone that wants to bring their kids to it,” Cake told the Daily Caller, adding that “I think it’s great to see these opportunities popping up.”

What did parents have to say?

“This is my second one that I’ve brought her to,” mother Marisa Kline told outlet in reference to her 1-year-old daughter Matilda. “As she gets older, she pays more attention, loves the stories and so yeah we will keep coming.”

Kline added to the Daily Caller that “it’s such a great thing that D.C. communities do. It’s one of the reasons we live in this neighborhood … we like the diversity and the community.”

She also told the outlet she “would fundamentally disagree” with those who believe Drag Queen Story Hours aren’t appropriate for children.

“I think giving kids as many perspectives on the world is really important, and I think that drag queens in particular teach kids positivity and acceptance,” Kline added to the Daily Caller. “Those are absolutely values I want to pass on to my daughter.”

Meg Dominguez brought her 1 1/2-year-old daughter Evangeline to the Drag Queen Story Hour because “the more opportunities that kids get exposed to the better,” she told the outlet, adding that “it’s a great opportunity and way to show different diversity and expose kids to different ways of self-expression.”

A babysitter showed up, too

A babysitter — who gave only a first name, Shane — brought a child to the event and told the Daily Caller, “He was just taking it all in. I think it’s a little different because he’s not with his parents so he’s feeling a little bit shy.”

Shane added to the outlet that the child’s parents knew they were at the Drag Queen Story Hour.

“I love it because I am familiar with drag queens in my personal life on the evening side of things as a part of the nightlife and actually brunch life,” Shane told the Daily Caller. “I haven’t gotten the opportunity to run into a drag queen on the scene at a library.”