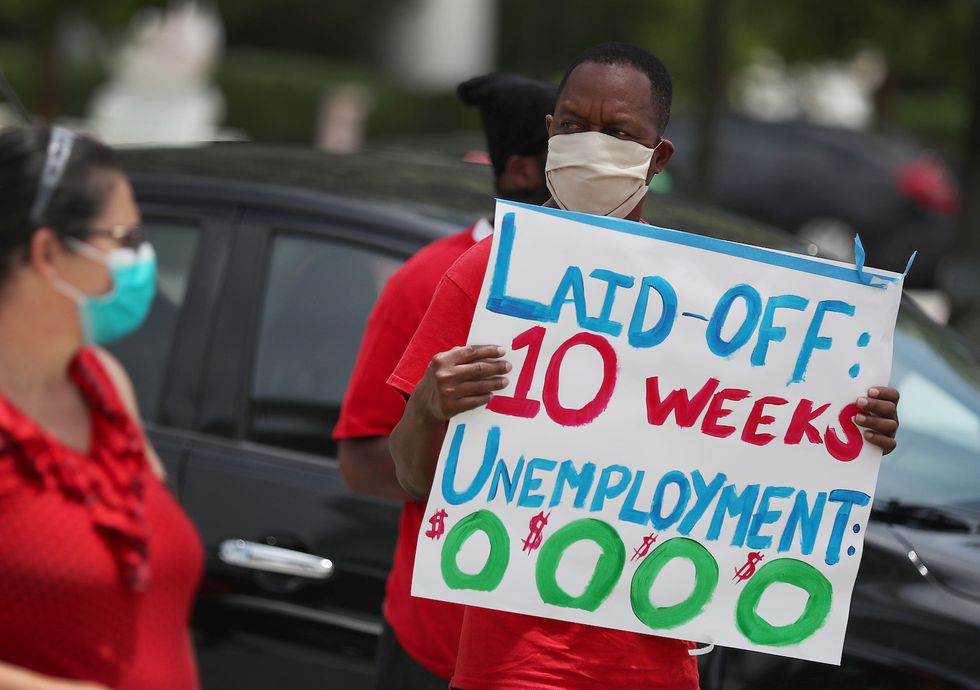 Roughly a quarter of the total U.S. workforce has been put out of work since the COVID-19 pandemic caused government officials to shut down most or all businesses deemed non-essential, with another 2.1 million Americans filing jobless claims over the past week, Politico reported.

Andrew Stettner, a senior fellow at The Century Foundation, told Politico that about half the people who have applied for benefits since the coronavirus shutdowns began have received them, while others are stuck waiting as overwhelmed state agencies with sometimes unreliable websites and processes try to keep up.

A previous COVID-19 relief package boosted unemployment benefits temporarily, and a University of Chicago study showed that more than two-thirds of people receiving unemployment may be getting more in benefits than they would’ve gotten from their jobs. The relief package added a $600 per week supplement to the standard benefits.

About 20% of jobless people could get unemployment benefits that are double the amount of their lost earnings, the study found. One potential problem with this system is that unemployed workers might get more money than normal for not working, while workers who are considered essential don’t get any hazard pay despite potential exposure to COVID-19. From MarketWatch:

For example, a janitor at a still-open business might not get hazard pay, but an unemployed janitor could get 158% of his or her prior wage, the study said. (Researchers looked at U.S. Census data on job salaries and plugged the numbers into an unemployment benefits calculator they built. They said they compared their own estimates on statewide average benefits from likely jobless claimants against average benefits from actual claimants, as reported by the Department of Labor.)

These expanded unemployment benefits will end at the end of July unless Congress passes another relief bill to extend them.

Democrats are interested in extending the boosted benefits, while many Republicans oppose an extension because they fear the benefits are so high that they may discourage people from trying to reenter the workforce as quickly as possible.