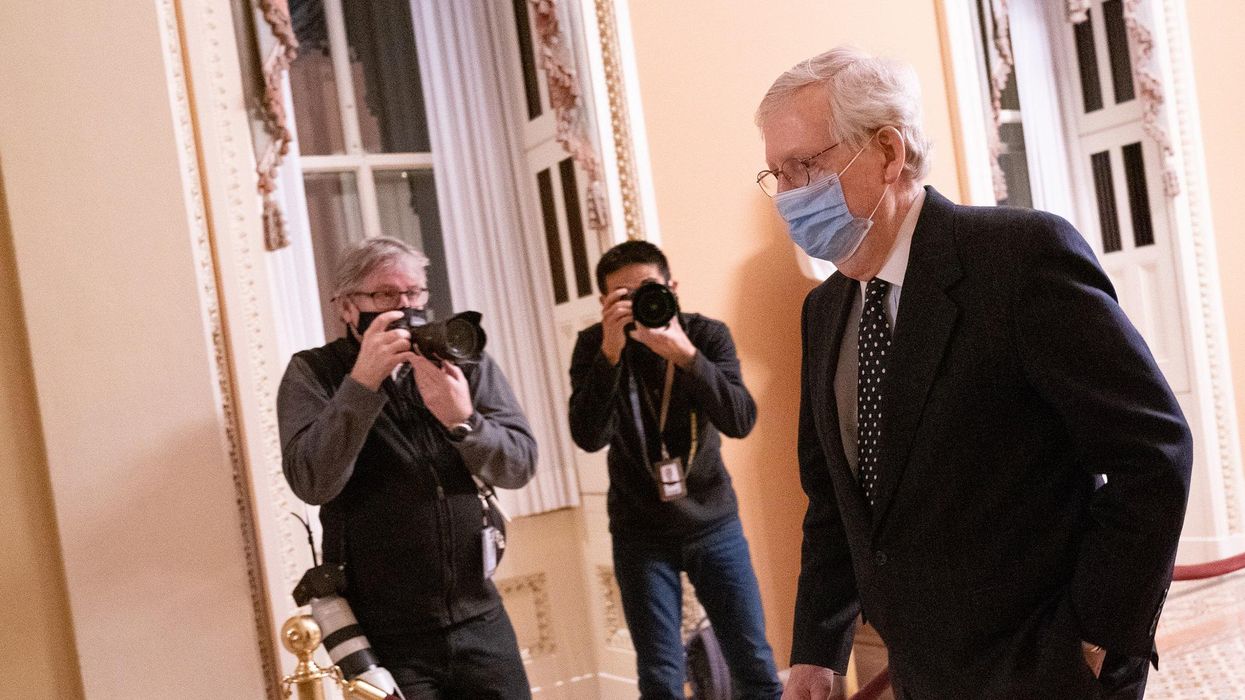 Senator Majority Leader Mitch McConnell (R-Ky.) has broken his silence on the second impeachment of President Donald Trump, telling colleagues in a note on Wednesday that he “has not made a final decision” on which way he will vote on the matter.

The Hill reported that according to an excerpt released by his office, McConnell wrote, “While the press has been full of speculation, I have not made a final decision on how I will vote and I intend to listen to the legal arguments when they are presented to the Senate.”

The Republican leader’s statement comes the day after The New York Times reported that McConnell “has told associates that he believes President Trump committed impeachable offenses and that he is pleased that Democrats are moving to impeach him, believing it will make it easier to purge [Trump] from the party.”

Following the House’s voted Wednesday to impeach Trump for “incitement of insurrection” over his actions and rhetoric surrounding the Jan. 6 attack on the Capitol building by a pro-Trump mob, McConnell issued a statement confirming earlier reports that he would not bring the Senate back in session prior to its scheduled Jan. 19 return—despite Democrats’ push for an emergency session ahead of Trump leaving office.

“Given the rules, procedures, and Senate precedents that govern presidential impeachment trials, there is simply no chance that a fair or serious trial could conclude before President-elect Biden is sworn in next week,” McConnell wrote, explaining, “the Senate has held three presidential impeachment trials. They have lasted 83 days, 37 days, and 21 days respectively.”

“Even if the Senate process were to begin this week, and move promptly, no final verdict would be reached until after President Trump had left office,” McConnell continued. “This is not a decision I am making; it is a fact. The President-elect himself stated last week that his inauguration on January 20 is the ‘quickest’ path for any change in the occupant of the presidency.”

McConnell led the GOP-controlled Senate’s successful quashing of House Democrats’ effort to remove Trump from office via impeachment last year, but the Republican leader has taken a different approach this time by not condemning impeachment as he did before.

Several GOP sources said on Tuesday that if McConnell supports conviction, Trump almost certainly will be convicted by 67 senators in the impeachment trial. “If Mitch is a yes, he’s done,” said one Senate GOP source who asked not to be named.

Many Republican senators are staying quiet about whether they’ll back conviction — a sign that they, too, could support conviction in an effort to rid Trump from their party. 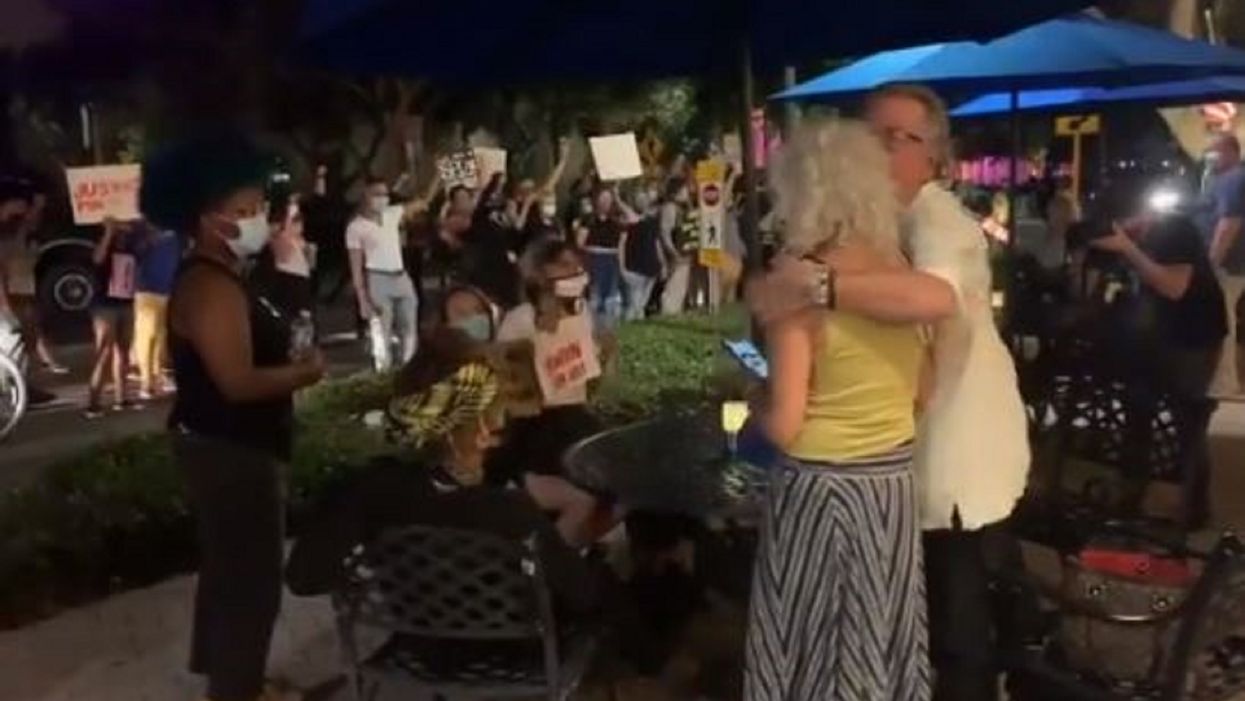 Protesters in St. Petersburg, Florida, expanded their demonstration to harass diners along the streets on Wednesday following a Louisville grand jury’s decision not to charge officers involved the the raid that led to the death of Breonna Taylor in March.

A reporter for the Tampa Bay Times reported on Twitter that “Protestors are now going restaurant by restaurant to chant at diners on Beach Dr. in St. Pete. A lot of diners yelled back, starting multiple confrontations. This one was the most significant. Protestors took over a couple’s table. Not sure why they were targeted specifically.”

Protestors are now going restaurant by restaurant to chant at diners on Beach Dr. in St. Pete. A lot of diners yell… https://t.co/DKQiws1HXc

The footage in the accompanying video shows a mob of protesters repeatedly chanting, “Stand up, fight back!” while facing diners at a restaurant before one apparent activist pulls up a seat at the table of a man and woman who were seated together outside the establishment.

The woman at the table quickly stands up and says, “Nope, this is my table!” and unsuccessfully attempts to move the activist from the chair before two more activists fill the remaining empty seats while flashing signs and joining the chant. Additional activists followed and stood to surround the couple.

One activist can be heard telling the man, “why don’t you shut up?” before the first activist who stole a seat told the woman, “I’ll knock your old-a** boyfriend the f*** out.”

Another activist is then seen blowing what appears to be a bullhorn at the couple, standing from a few feet away.

Protests have been ongoing in cities across the U.S. for months since the death of George Floyd in late May, and Breonna Taylor’s name has been a frequent chant of demonstrators nationwide calling for justice after she was killed during a police raid.

Initial reports claimed that the raid was executed as a “no-knock” warrant, but Kentucky Attorney General Daniel Cameron (R) said during a press conference Wednesday that an independent witness reported that the police did announce themselves before entering the residence where Taylor was in bed with her boyfriend, Kenneth Walker, who has stated that he opened fire, believing the police to be robbers, and police fired back, killing Taylor.

Louisville was placed under a state of emergency ahead of Wednesday’s afternoon announcement that only one of the three officers involved in the raid would be charged in connection with the raid itself. The police officers’ use of force was deemed justified by the grand jury, but one officer was charged with three counts of wanton endangerment because he fired into other nearby residences. No officers were charged with Taylor’s death.

As of this writing, Louisville police have announced that two police officers have been shot in Louisville amid ongoing rioting. According to multiple local reports, their wounds are being described as non-life-threatening