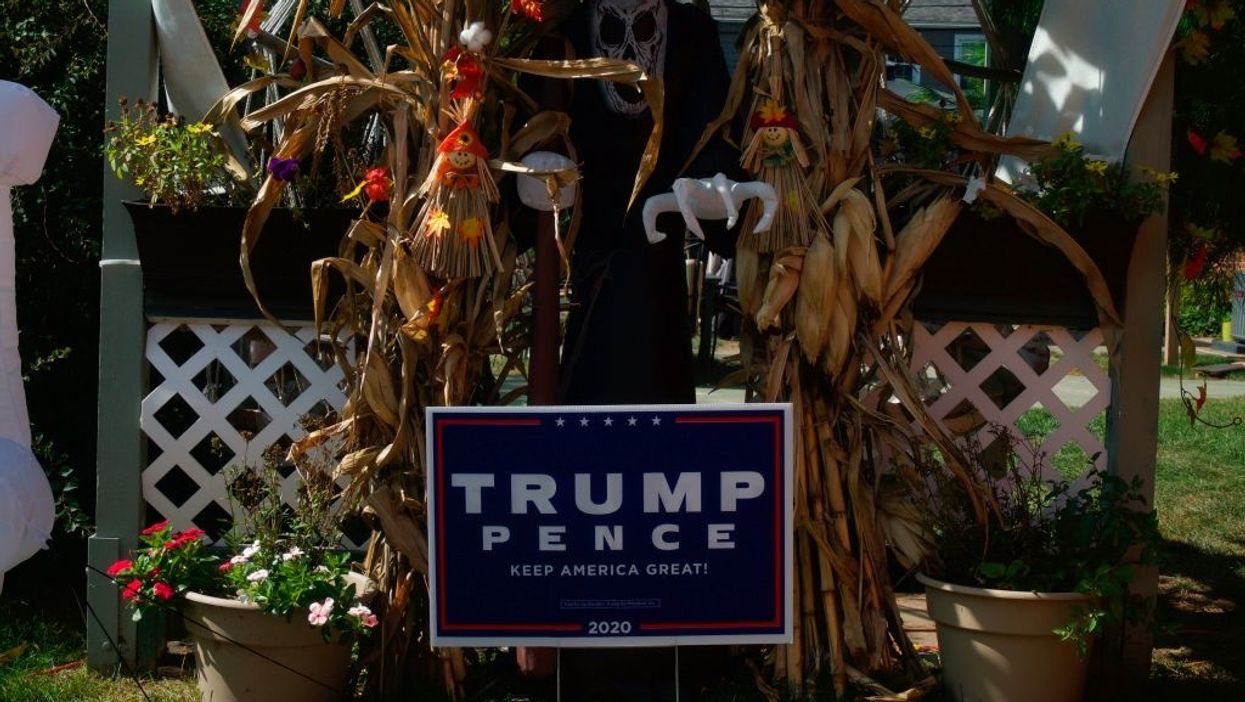 A neighborhood dispute in South Carolina over campaign signs escalated after an elections chairman and his wife removed and defaced “Trump-Pence” campaign signs.

Dean Smith was the chairman of the Georgetown County Board of Voter Registration and Elections up until his resignation this week. Constituents questioned whether Smith was fit to lead the elections commission following an incident where he vandalized Trump signs in Pawleys Island.

“People that called are concerned about the voting process with [the Smiths’] positions,” said Karol Anderson, who chairs the county Republican Party.

Smith, who has been a member of the elections board for 15 years, resigned abruptly this week after admitting that he and his wife removed and defaced Trump-Pence campaign signs.

After his pro-Trump signs had been removed several times, a resident filed a police report with Georgetown County Sheriff’s Office. The resident set up a deer camera on a neighbor’s property to catch the culprit. The camera caught Dean and Rita Smith taking a Trump sign and defacing another sign by writing “Dump” above President Donald Trump’s name.

The resident provided Georgetown and Beyond News with screenshots of the suspects, who shared the images with its readers. Someone identified the sign stealers as Dean and Rita Smith.

Last week, the resident told Rita Smith, “Smile you’re on candid camera,” according to the Coastal Observer. Smith was unsure what the meaning of the comment until she saw photos of herself on social media.

Dean Smith said the dispute originated over a homeowners association rule that prohibits signs on private property. Rita Smith is an HOA president, and said she and another board member asked the resident to remove a pro-Trump flag because of the rules. He refused, and Smith alleges that the man yelled at them “in a political tirade.”

Rita Smith admits, “Our emotions got the better of us,” regarding vandalizing the Trump signs.

“We regret this lapse of judgment on our part. I do not want to be a distraction to the conduct of this very important election,” Dean Smith said. “It was because we were angry with the other resident.”

Anderson commented on the sign drama, “If you drive around the county I don’t think you can find 600 [Trump signs]. They cost a lot of money. I don’t care whose signs, it’s a candidate’s signs.”

Anderson added, “People with a lot of responsibility should have a lot of accountability.”

“I’ve always prided myself that when I walk in that door I’m not a Republican or Democrat,” Dean Smith said. “I’m just an American and a Georgetown County citizen.”