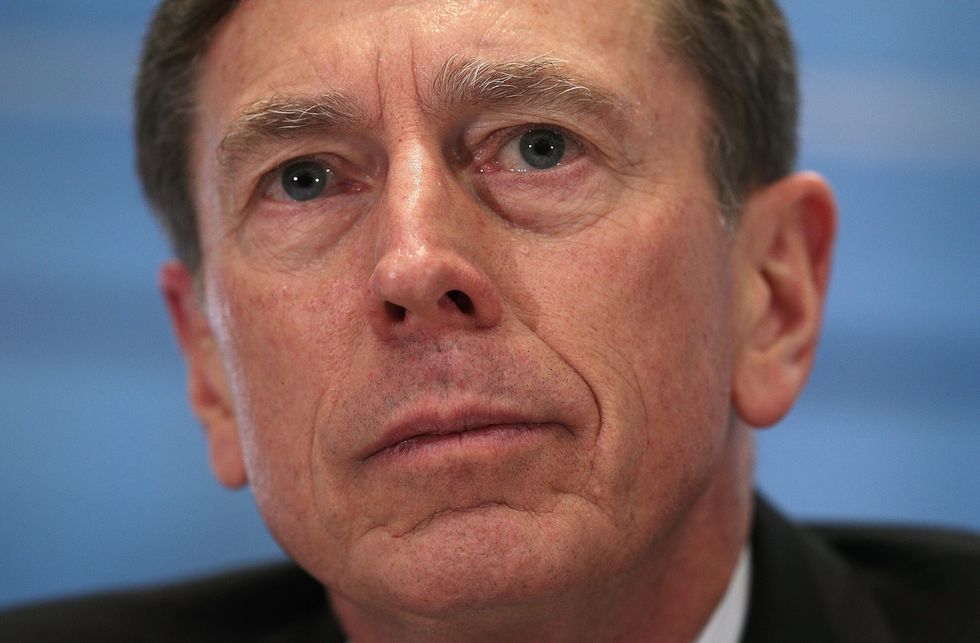 Former CIA Director and retired Army Gen. David Petraeus is calling for military installations named after Confederate officers to be renamed, saying that “traitors like Benning and Bragg” should not be honored by the United States military.

In a column published Tuesday by The Atlantic, Petraeus wrote, “As I have watched Confederate monuments being removed by state and local governments, and sometimes by the forceful will of the American people, the fact that 10 U.S. Army installations are named after Confederate officers has weighed on me.”

The retired Army general argued in his op-ed that “it is time to remove the names of traitors like Benning and Bragg from our country’s most important military installations, referring to, as The Hill noted, “training bases named after Gen. Henry Benning and Gen. Braxton Bragg, who Petraeus argued were subpar military leaders ‘who left much to be desired.'”

Petreaus went on to say of memorialized Confederates, “Plainly put, [Gen. Robert E.] Lee, Bragg, and the rest committed treason, however much they may have agonized over it. The majority of them had worn the uniform of the U.S. Army, and that Army should not brook any celebration of those who betrayed their country.”

What are other military leaders saying?

The former CIA director’s call to action comes after a series of military leaders in recent days have signaled a readiness to implement change as nationwide protests continue over the death of George Floyd, a black man who died May 25 in Minneapolis police custody.

Defense Secretary Mark Esper and Army Secretary Ryan McCarthy, both former Army officers, put word out through their spokesmen that they are ‘open to a bipartisan discussion’ of renaming Army bases such as North Carolina’s Fort Bragg that honor Confederate officers who led the fight against the Union and directly or implicitly defended the institution of slavery.

Separately, the Navy’s top admiral announced Tuesday that he will follow the example of Gen. David Berger, the commandant of the Marine Corps, who last week directed Marine commanders to remove public displays of the Confederate battle flag carried during the Civil War.