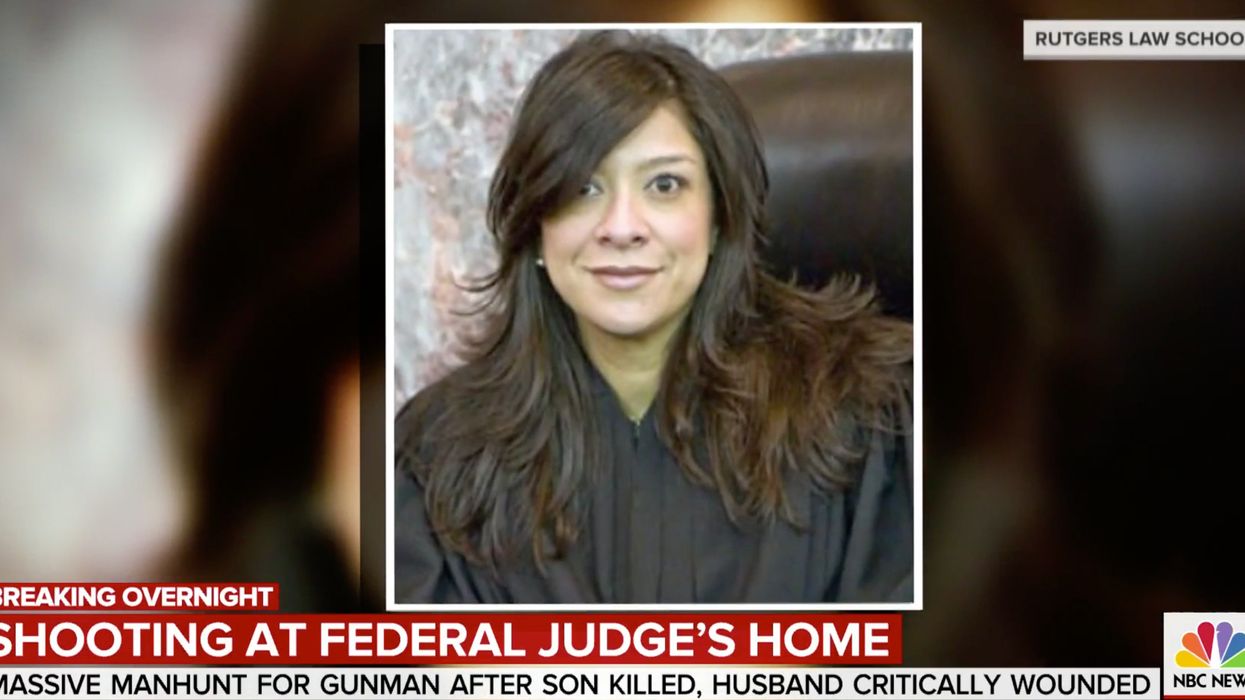 A gunman dressed as a FedEx deliveryman showed up at the house of U.S. District Judge Esther Salas on Sunday, fatally shooting her son and critically injuring her husband.

The FBI is investigating after 20-year-old son of U.S. District Judge Judge Esther Salas was fatally shot on Sunday when a gunman dressed in a FedEx uniform opened fire on her home in New Jersey and also injured her husband.

It is not known at the time of publication of this story whether the shooter is a FedEx employee, or if the suspect was simply posing as a parcel deliveryman.

Salas, who was not injured in the incident, was reportedly in the home’s basement when the fatal shooting took place.

Salas’ husband is recovering in the hospital following surgery, and authorities are seeking the suspect, who remains at large at the time of this reporting.

On Sunday, the FBI tweeted, “The FBI is investigating a shooting that occurred at the home of Judge Ester [sic] Salas in North Brunswick Township, New Jersey earlier this evening, July 19. We’re looking for one subject and & ask that anyone who thinks they may have relevant information call us at 1-973-792-3001.”

The FBI is investigating a shooting that occurred at the home of Judge Ester Salas in North Brunswick Township, New… https://t.co/vqeuxWCppL

FedEx is cooperating with the investigation, the company told CNN in a statement.

“We are aware of the media reports and are fully cooperating with investigating authorities,” Jonathan Lyons, a spokesperson for the company, told the news organization in a statement.

Interestingly enough, Salas is presiding over a lawsuit against Deutsche Bank. The suit alleges that the bank did not monitor high-risk clients — such as late convicted sex offender Jeffrey Epstein, a former client.

The suit also alleges that Deutsche Bank CEO Christian Sewing made false claims about the bank’s policies against money laundering.