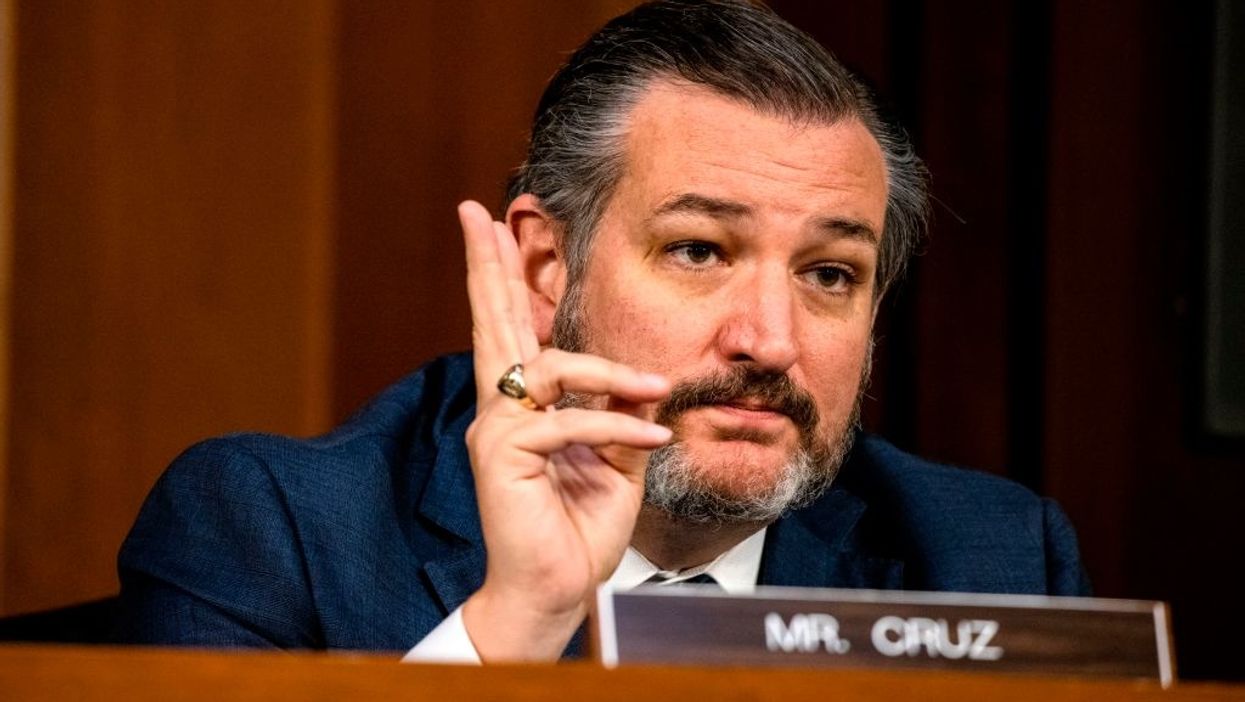 Republican Sen. Ted Cruz (Texas) blasted his colleague, Democratic Sen. Sherrod Brown (Ohio), on Monday, accusing the lawmaker of “fake virtue” signaling by calling out another Republican lawmaker for not wearing a mask on the Senate floor.

“This is idiotic. [Sen. Brown] is being a complete ass,” Cruz wrote on Twitter, reacting to a viral clip of the exchange posted on the platform Monday.

In the clip, Brown scolded Republican Sen. Dan Sullivan (Alaska) for not wearing a mask while presiding over the meeting before launching into a diatribe against President Trump and congressional Republicans as a whole for not taking the coronavirus pandemic seriously.

“He wears a mask to speak — when nobody is remotely near him — as an ostentatious sign of fake virtue,” Cruz continued. “[Sen. Sullivan] was over 50 feet away, presiding. Last I checked 50 feet is more than 6 feet.”

This is idiotic. @SherrodBrown is being a complete ass. He wears a mask to speak—when nobody is remotely near him—a… https://t.co/VSw9JrKvZt

Cruz pointed out that Brown was located approximately 50 feet away from Sullivan during the exchange and thus well beyond the 6 feet of social distancing recommended by the U.S. Centers for Disease Control and Prevention. However, it should be noted that Brown was not asking Sullivan to wear a mask for his own safety but rather for the safety of several congressional staffers located much closer to Sullivan.

“I’d start by asking the presiding officer to please wear a mask, as he speaks and people below him are … I can’t tell you what to do but I know that,” Brown said in reference to Sullivan after taking the floor from Senate Majority Leader Mitch McConnell (R-Ky.).

Sullivan quickly interjected: “I don’t wear a mask when I’m speaking, like most senators. I don’t need your instruction.”

Brown then shot back: “I know you don’t need my instruction but there clearly isn’t much interest in this body in public health. We have a president who hasn’t shown up at the coronavirus task force meeting in months. We have a majority leader that calls us back here to vote on an unqualified nominee … and to vote for judge after judge after judge.”

Brown argued the ongoing activities in the chamber are unnecessarily “exposing” large numbers of people to the virus, “but the majority leader just doesn’t seem to care.”

The Democratic lawmaker then pivoted to Trump, saying, “the American people sent a clear message in this election; they voted for stability. They rejected an administration that has failed them in the middle of a public health crisis and an economic crisis.” 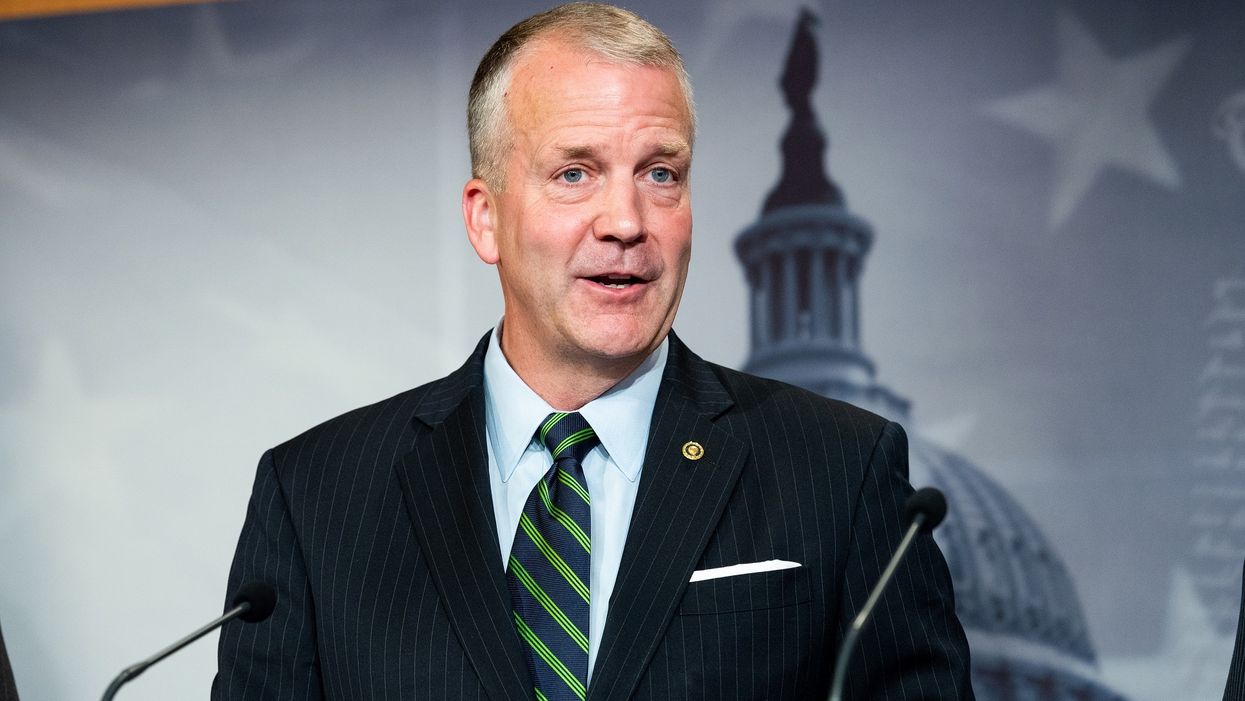 Alaska Republican Sen. Dan Sullivan has won re-election in an apparent landslide over independent challenger Al Gross, putting the GOP another step closer to keeping control of the upper chamber.

Sullivan’s victory means the GOP is projected to hold 50 Senate seats—one short of a majority—in the 2021 Congress. Democrats currently hold 48 seats, meaning the two remaining Senate races slated for January could determine which party will control the Senate, and both are in the state of Georgia.

Several media outlets called the race for Sullivan on Wednesday, and RealClearPolitics showed Sullivan 20 points ahead after 74% of precincts reported results, with 57.5% of the vote to Gross’ 37.5%.

The Hill reported that “the projection confirms that control of the Senate will come down to two Jan. 5 runoffs in Georgia, one between Sen. Kelly Loeffler (R) and the Rev. Raphael Warnock (D) and the other between Sen. David Perdue (R) and Jon Ossoff (D).”

However, Gross has thus far refused to concede. The Associated Press reported that his campaign manager, David Keith, said in a statement, “With so many Alaskans voices needing to be heard, we’ll continue to monitor the race as results come in and assess tonight.”

President Donald Trump was also declared the projected winner in the state of Alaska over Democratic presidential nominee Joe Biden on Wednesday, adding 3 electoral votes to his count. Despite mainstream media outlets declaring Biden president-elect, the race for the White House remains contested as the Trump campaign presses forward with legal battles in several states pointing to voting irregularities and allegations of voter fraud.

The winner of the presidential race could also have an impact on Senate control.

If either Loeffler or Perdue win re-election, Republicans keep the majority in the Senate no matter who wins the presidency.

If President Trump is ultimately victorious and remains in office, Republicans will retain control of the Senate no matter what happens in Georgia.

But if Democrats win both Senate races in Georgia, the Senate would essentially be divided 50-50 along party lines, considering independent Vermont Sen. Bernie Sanders does not identify as a Democrat but is further left than the party and tends to vote with it.

In the scenario that Georgia Democratic Senate candidates Warnock and Ossoff were to both win, and Biden is, indeed, inaugurated, Democratic vice presidential nominee Sen. Kamala Harris (D-Calif.) would be the deciding vote in a divided Senate. That would also mean that Democrats would control the House, Senate, and presidency.