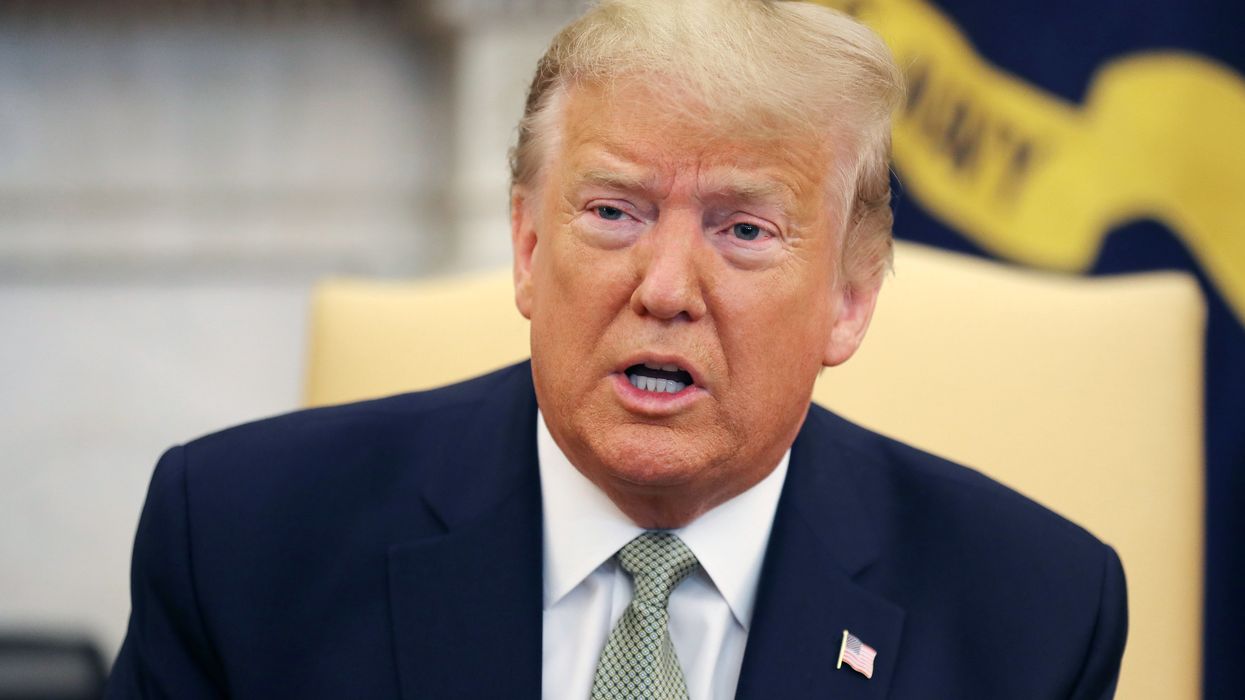 President Donald Trump said on Friday that he would be signing an executive order to give “Dreamers” a pathway to citizenship, although an administration official quickly issued a statement that seemed to walk that back.

The president made the announcement while speaking with Telemundo on Friday.

“This is an executive order?” asked Jose Diaz-Balart.

“Do a big executive order, I have the power to do it as president, and I’m gonna make DACA a part of it, but we put it, and then we’re probably gonna be taking it out,” he added.

DACA stands for the Obama-era executive order that provided “Deferred Action for Childhood Arrivals” on deportation. It was meant to provide a quasi-legal status to those who were brought into the country illegally as children.

“One of the aspects of the bill is going to be DACA. We are going to have a road to citizenship.”

The president went on to say that he, and a lot of Republicans, will be happy to give a road to citizenship to DACA recipients.

According to writer Ryan James Girdusky who spoke to Trump administration sources, the order would rescind DACA and replace it with a merit-based immigration program.

“The [executive order] does not include a path to immigration for DACA recipients… because it’s entirely illegal. The Trump Administration is still working on rescinding DACA,” tweeted Girdusky.

“This [executive order] is going to be all merit based immigration prioritizing based on skill,” he added.

Presumed Democratic presidential candidate Joe Biden has released an immigration plan that would provide citizenship for up to 11 million illegal aliens.

Here’s the video of his comments:

BREAKING: President Trump tells Telemundo’s @jdbalart he will sign an executive order on immigration that will incl… https://t.co/b6ZvUJgik5