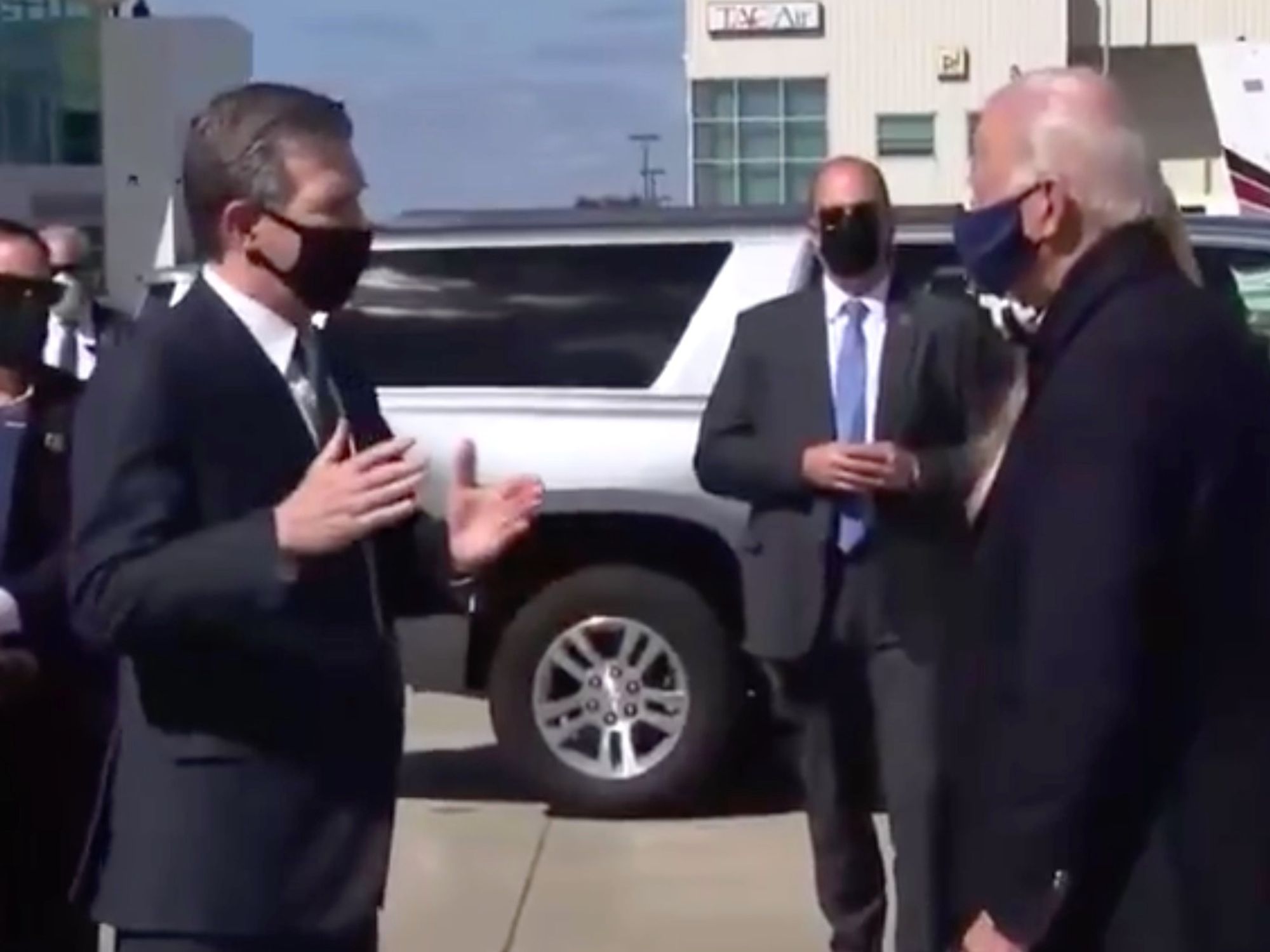 The Democratic governor of North Carolina was caught on a hot microphone moment telling presidential candidate Joe Biden that they would drag a disgraced candidate across the line to keep a seat in the Democratic column.

Gov. Roy Cooper was meeting with Biden on the campaign trail when the comments were accidentally caught.

Cal Cunningham’s campaign to unseat Republican Sen. Thom Tillis was roiled when inappropriate texts between him and a Californian public relations strategist were published. Cunningham is married with two children.

Cooper promised Biden that they would drag him across the line in the election despite the “frustrating” scandal.

“Thanks for coming out, you didn’t have to do this,” Biden said in the video as they are both wearing masks.

Biden’s reply is unintelligible in the video.

“I know that’s frustrating, but we’ll get it across,” Cooper responded.

Cunningham addressed the texts and apologized to the voters and his family, but said that he would stay in the race.

“I have hurt my family, disappointed my friends, and am deeply sorry,” Cunningham said in a statement on Oct. 2.

“The first step in repairing those relationships is taking complete responsibility, which I do,” he continued. “I ask that my family’s privacy be respected in this personal matter. I remain grateful and humbled by the ongoing support that North Carolinians have extended in this campaign, and in the remaining weeks before this election I will continue to work to earn the opportunity to fight for the people of our state.”

Later, the sexting partner told the Associated Press that she and Cunningham had an intimate physical relationship in addition to the text exchanges.

Then, allegations emerged of a second affair between Cunningham and an unidentified woman in a separate report from National File on Oct. 5.

Polls showed Cunningham still remained ahead of Tillis even after the damaging sexting scandal.

North Carolina’s Senate race is the most expensive Senate race ever, with more than $242 million spent on ads, according to Advertising Analytics, the Associated Press reported.