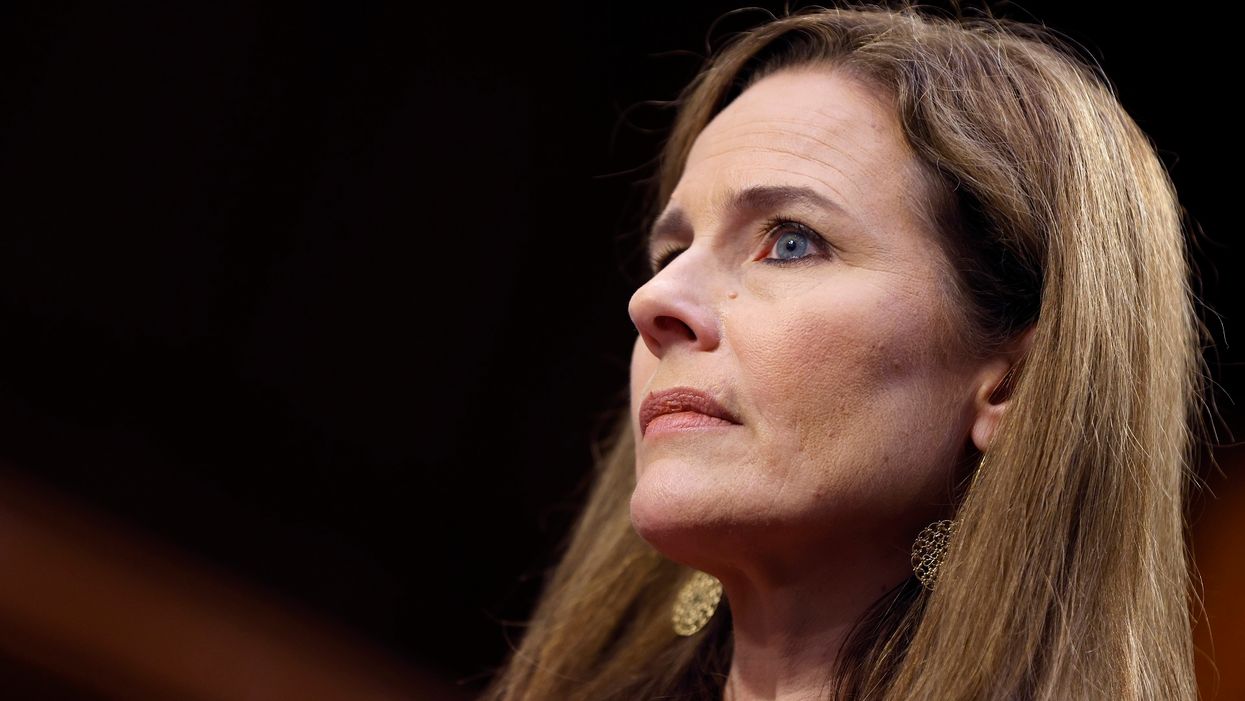 U.S. Supreme Court nominee Amy Coney Barrett gave her reaction Tuesday to one of the most widely publicized attacks — out of many — against her and her husband during the run up to her confirmation hearings.

Ahead of Barrett’s official nomination by President Donald Trump, several media outlets reported that she would be the president’s pick. The judge was immediately attacked online, with some critics hurling personal condemnations toward her and her husband for adopting two of their seven children from Haiti.

One Democratic operative suggested adoptions from the country are “sketchy,” and another said “transracial adoption is fraught with trauma and potential for harm.”

The attack that received the most attention was from Ibram Kendi, the director of the Center from Antiracist Research at Boston University, who wrote in reference to Barrett:

Some White colonizers “adopted” Black children. They “civilized” these “savage” children in the “superior” ways of White people, while using them as props in their lifelong pictures of denial, while cutting the biological parents of these children out of the picture of humanity.

Sen. John Kennedy (R-La.) brought up Kendi’s remarks to Barrett during the second day of her nomination hearings.

“I want to give you the chance to respond to something,” Sen. Kennedy told Barrett. “Some butthead professor at Boston University says because you and your husband have two children of color, that you’re a white colonist. The implication is that you’re a racist, and that you use your two children as props.”

“Do you use your children as props?” the Republican asked.

“Senator Kennedy, it was the risk of people saying things like that — which would be so hurtful to my family — that when I told Senator [Lindsey] Graham (R-S.C.) this morning that my husband and I had to really weigh the costs of this, it was saying deeply offensive and hurtful things,” Barrett responded, adding, “Things that are not only hurtful to me, but are hurtful to my children — who are my children, who we love, and who we brought home and made a part of our family, and accusations like that are cruel.”

The senator responded, “Yeah, they are. How low can you go.” He added, “I didn’t want to ask that question when your kids were here. I’m sorry you have to go through that.”

Sen. John Kennedy asks ACB about Boston University’s @DrIbram saying that she is a “white colonist” for adopting tw… https://t.co/1TNzxPp3yJ