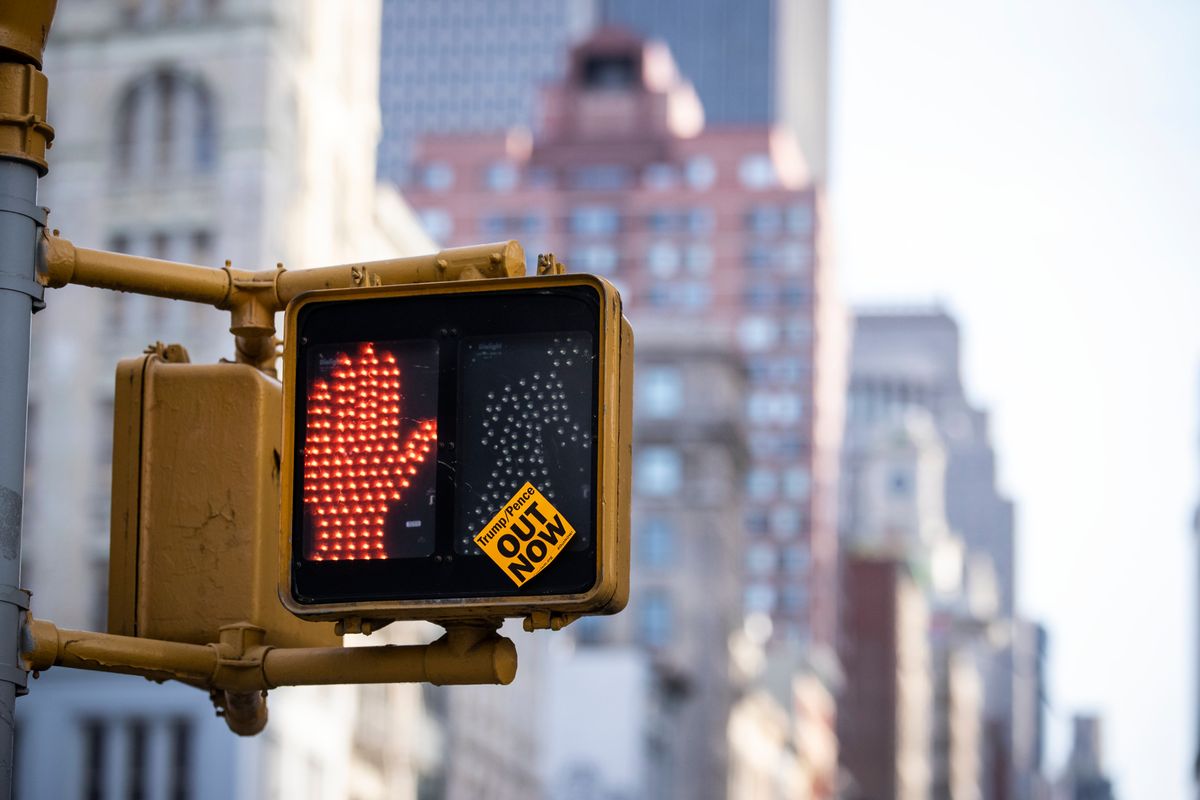 On Monday’s episode of “Pat Gray Unleashed,” Pat and Keith discussed an article from Level, a Medium publication, titled “The Unintentional Racism Found in Traffic Signals: Just because something doesn’t use an offensive mascot doesn’t mean it can’t reinforce a broken system.”

In the article, writer David Kaufman described the moment he realized he had to “wait for a little white man to appear before he could cross the street.” Kaufman went on to say the little white man at crosswalks is another example of “power and privilege.”

I realize that White people like to exert control over nearly everything everyone does, I thought, but since when did this literally include trying to cross the street? — David Kaufman

Pat went on the read the full story, and he expressed how he felt about the matter. Watch the video to catch Pat’s reaction.

Use code Pat to save $10 on one year of BlazeTV. 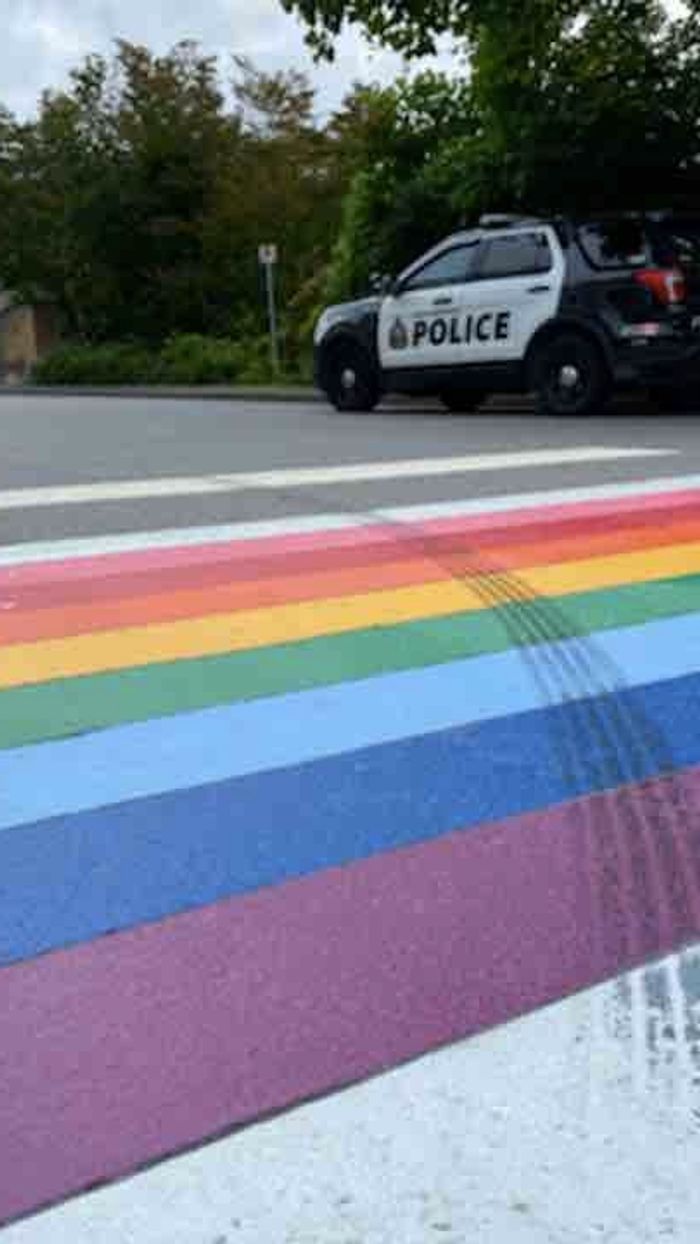 The rainbow pride crosswalk at the intersection of 16th Street and Esquimalt Avenue was unveiled June 30:

A big Thank You to everyone who joined us today, for the official unveiling of our new #Pride crosswalk. ? https://t.co/18X4MgNn9v

A tire mark was found on the crosswalk — and police had a theory as to who’s responsible for leaving it:

Investigators would like to speak with the driver responsible for defacing a recently installed Pride crosswalk at… https://t.co/JhvZXf738m

Surveillance video shows the same car from the latter tweet at the intersection and taking a right turn:

A week after it was installed, the Pride crosswalk outside @WestVanPolice’s HQ at 16th/Esquimalt Ave. was damaged b… https://t.co/iCZWtckPsD

Two people appeared to be in the vehicle, the outlet reported.

What did police have to say?

“This is very upsetting,” Cst. Kevin Goodmurphy said in a release, according to City News. “For whatever reason, this person has chosen to leave a gesture of hate on a crosswalk that stands for the exact opposite.”

And on Thursday, police
tweeted that they’ve identified the driver they believe is responsible for leaving the tire mark and included a thank you to “those who have come forward with information.”

How are observers reacting?

Upon hearing the news that the cops got their man, so to speak, folks on Twitter mocked police without mercy: