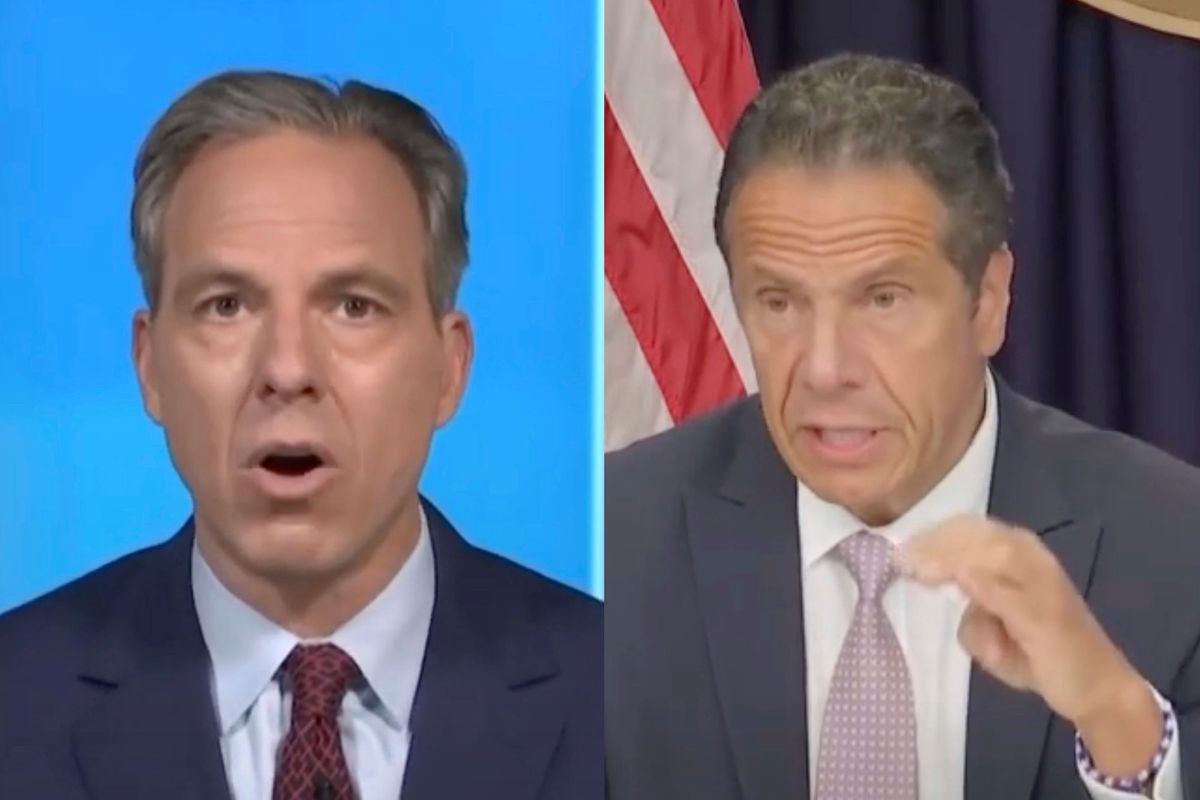 CNN host Jake Tapper excoriated New York Gov. Andrew Cuomo for his “victory tour” on his state’s coronavirus response when so many were hurt and even died from his “missteps and late actions.”

Tapper began his complaints against the governor on Twitter and moved on to his news show Tuesday on CNN. He cited Cuomo’s appearance on late night talk shows and a bizarre poster he published to celebrate his response to the coronavirus pandemic.

“NY state has lost more than 32,000 lives to COVID-19. So while it’s great that the numbers have gone down, it’s perplexing to see crowing, Cuomo going on Fallon, etc.,” Tapper tweeted.

NY state has lost more than 32,000 lives to COVID-19. So while it’s great that the numbers have gone down, it’s per… https://t.co/I5oFBoPzJT

“Yes, this has been a major challenge for every leader, but New York’s leaders do not have a success story to tell. It’s been about missteps and late actions,” Tapper continued in a second tweet where he linked a New York Times article documenting New York’s response failures.

Tapper added links to more criticism against Cuomo in the New Yorker, and from CNN on the nursing home disaster.

“It’s great that the numbers have gone down, and I hope to God they stay there. But New York’s leaders were late and made many mistakes; it’s been an absolute tragedy,” Tapper added.

The Lead with Jake Tapper

Tapper went on to bash Cuomo and his self-congratulatory poster in commentary on his show Tuesday.

“The Governor Andrew Cuomo seems to be on something of a victory tour congratulating the state and himself for defeating the virus, even selling this poster which shows his state getting over the mountain by bringing down the curve, during the ‘111 days of hell,’ as the governor put it,” Tapper said.

“The poster includes references to his daughters and a boyfriend, little inside jokes,” he explained.

“There are no illustrations, however, of the more than 32,000 dead New Yorkers, the highest death toll by far, of any state,” Tapper continued.

“No rendering on that poster of criticism that Governor Cuomo ignored warnings, no depiction of the study that he could have saved thousands of lives had he and Mayor [Bill] de Blasio acted sooner,” he added. “No painting on that poster of his since-rescinded order that nursing homes take all infected patients in.”

Tapper went on to excoriate Cuomo for “crowing” about his accomplishments, calling it a campaign of “revisionism.”

Here’s the video of Tapper’s criticism: