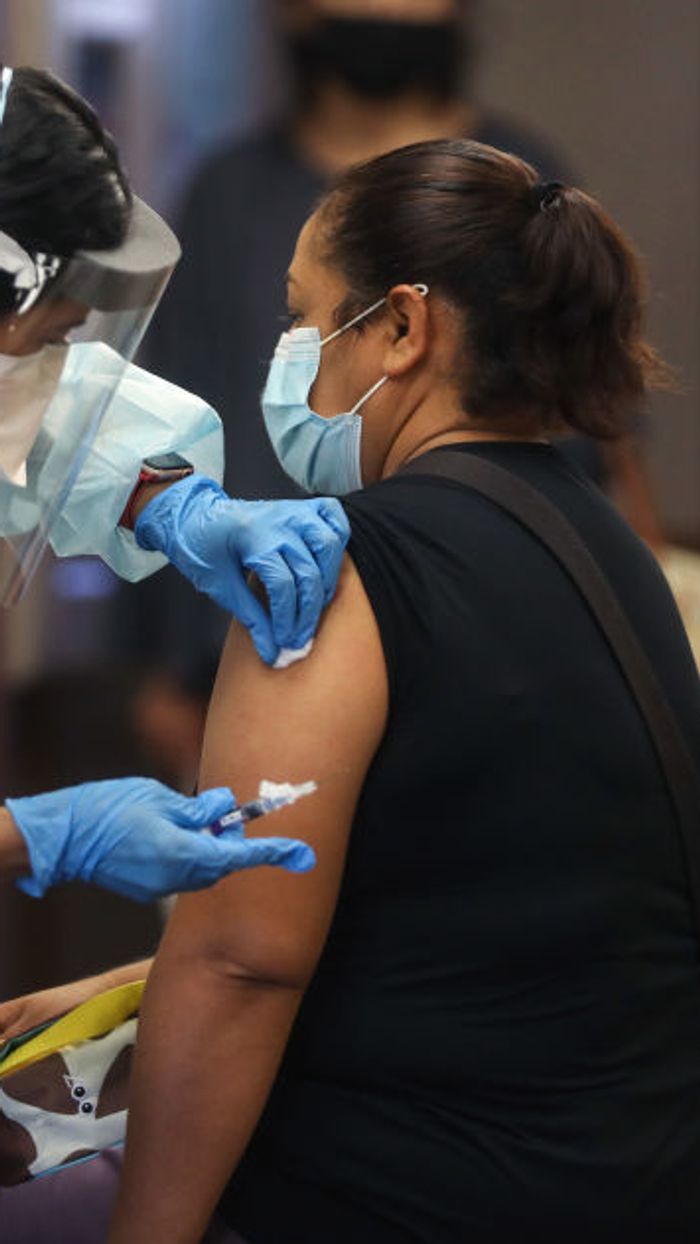 What if COVID-19 actually supplants the circulation of the flu and serves as this year’s only seasonal flu? What if all the panicking over coronavirus hospitalizations wrongly presupposes COVID-19 cases being added to the typical level of flu hospitalizations, which have now been reduced thanks to the immunobiological factors behind the circulation of SARS-CoV-2? Well, there is now more evidence that this coronavirus is this year’s version of the flu, and therefore, hospitals are not in danger of being overwhelmed.

The entire impetus for these unprecedented, draconian response policies was the threat of hospitals being overrun beyond capacity. Now, putting aside whether lockdown policies are even successful in avoiding that outcome, there is no place in this country where our hospitals, especially given the surge in resources, could not handle this epidemic. The only way to suggest that our hospitals would be overrun would be to posit that we will suffer from at least an average flu and pneumonia season this winter together with COVID-19. But as I’ve noted before, that appears to be a false assumption.

According to the CDC’s “Influenza Surveillance Report,” there have been just 126 lab-confirmed flu cases in the entire country for the first three weeks of the flu season – from week 40 through week 42 (ending Oct. 17). While it’s still very early in the season, at this point last year, there were already 1,975 confirmed positive cases. Phil Kerpen, president of American Commitment, tallied the five-year average through week 42 and found that the numbers are down roughly 90%.

The disappearance of the flu is not because of a lack of testing. The number of tests being administered is well within the historic average despite the focus and resources being directed toward COVID-19 testing. It’s that the positivity rate dropped 90% over the five-year average. In fact, I could not find a year when the positivity rate was anywhere near this low ever since we started mass-testing for the flu.

Europeans are also beginning to observe this astonishing but promising phenomenon. Stefan Homburg, director of the Institute of Public Economics Leibniz University in Hanover, Germany, tweeted out a chart of World Health Organization (WHO) flu surveillance data showing a similar trend throughout the world:

As you can see, all strains of the flu disappeared during the spring.

Great Britain’s Office for National Statistics (ONS) recently posted data showing that flu and pneumonia deaths were down by nearly one-third this past September, compared to the five-year average. The flu isn’t the only ailment that can trigger pneumonia; however, a spokesman for the ONS told the U.K. Daily Telegraph that those who would have died from pneumonia likely died earlier this year in the first wave of COVID-19. This demonstrates that coronavirus tends to kill many of the same people who die every year from flu/pneumonia. Thus, with the death rate of the virus much lower than it was in March and April, yet still seemingly having a biological effect of crowding out the flu, hospitals might actually be better off than in some flu seasons, assuming this trend continues into the core months of what should be a typical flu season.

In an article titled, “Has COVID killed off the flu?” the U.K. Daily Mail cites the WHO statistics first observed by Kyle Lamb of RationalGround.com – that confirmed flu cases across the globe were down 98%. The article cites two virologists who explain a possible theory behind the “crowding out” effect of coronavirus:

Virus expert Professor James Stewart, at the University of Liverpool, says: “Immune system cells come in and help destroy the first infection, and if another virus comes along that same response will fight it off.”

Dr Groppelli adds: “Viruses are parasites. Once they enter a cell, they don’t want other viruses to compete with. So the virus already in the body will effectively kick the other parasite out.”

As such, could it be that over a period of several years, we will see weaker flu seasons, thereby resulting in few excess deaths over time? Remember, many have observed that while Sweden had fewer deaths per capita than other major European countries that had lockdowns, it seemed to have more recorded deaths initially than the other Scandinavian countries. However, among the many likely reasons for that dichotomy is the fact that Sweden had very weak flu seasons over the past two years, and 2019 was an all-around low mortality year.

Why did Sweden do so much “worse” than Norway & Denmark during the Spring? The entire difference may be explained b… https://t.co/XmzNH6oOFh

Furthermore, Sweden is now experiencing the lowest all-case mortality month on record. What’s becoming clear is that the virus might kill some people several months early but might also kill those who, statistically speaking, should have died in the previous year. Consequently, unlike during the Spanish flu – when the median age of death was 29 and the world still suffered from bad flu seasons throughout the 1920s – we will not see a lot of excess deaths in the long run (except for lockdown deaths).

Already in the spring, a researcher at the University of Cambridge published a working paper showing an eerie correlation between the countries that had weak flu seasons since 2018 and higher COVID death rates – and vice versa. The analysis found, for example, that Belgium, which still has the highest death rate per capita in Europe, had the weakest flu seasons of all the European counties examined in the study. What this all means for hospitals headed into the winter is that an epidemic would only overrun hospitals if it augments rather than supplants existing ailments.

The only question now is how long the best-kept secret about COVID-19 will be covered up by the U.S. media? Perhaps, if Joe Biden wins the election, we will find out all about this and many other nuggets of good news that were too good to share with the public while Trump was president.